Global financial markets were squarely focused on the U.S. Federal Reserve and its decision to raise interest rates by 75 basis points on June 15, the largest increase in 28 years as the central bank fights to tamp down the highest inflation rates in over four decades.

Data from Cointelegraph Markets Pro and TradingView shows that Bitcoin (BTC) and the wider cryptocurrency market fell under pressure in the early trading hours on June 15 as rumors of the possible collapse of Three Arrows Capital (3AC) spread across the ecosystem, which is still grappling with the ongoing Celsius debacle.

Following the announcement from Federal Reserve Chair Jerome Powell that there would be a 75 basis point hike, the price of Bitcoin briefly spiked to $22,520 before pulling back to $21,500. 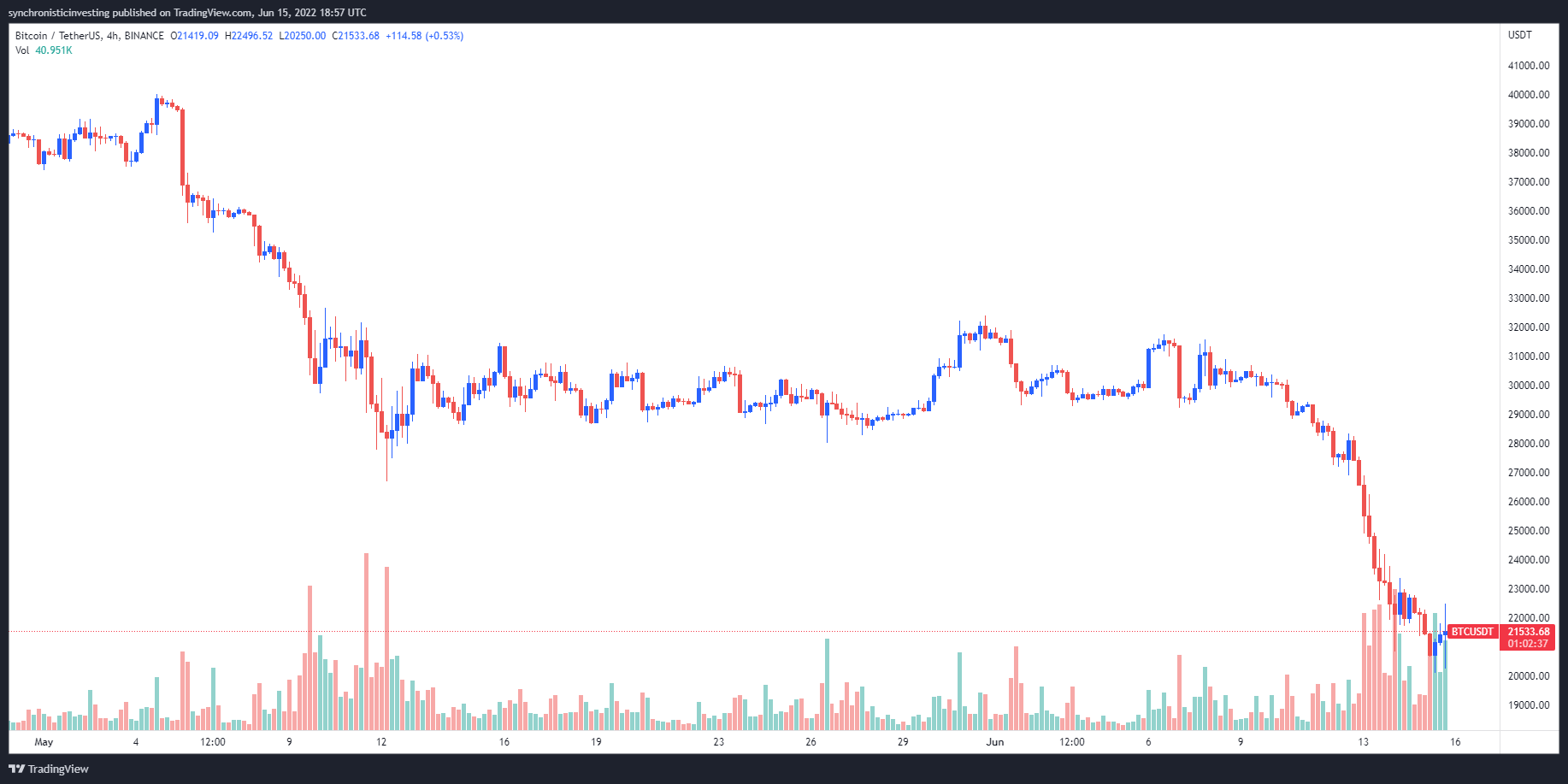 The altcoin market likewise saw a brief price pump as the dire predictions of a possible 100 basis point hike failed to materialize and the market got largely what it expected from June 15 Federal Open Market Committee (FOMC) meeting.

Traditional markets responded positively to the announcement with the S&P 500, Dow and NASDAQ all trading in the green for the day, but traders would be wise to see how markets behave at the daily close and tomorrow’s opening bell.

Related: Bitcoin bounces 8% from lows amid warning BTC price bottom ‘shouldn’t be like that’

Shortly after Powell announced the 75 basis point hike, projections on when the Fed would start to cut rates started rolling in with the dominant consensus being that they would begin in 2024.

The main reason for the rise in interest rates has been soaring inflation, which came in at a year-over-year increase of 8.6% according to the latest Consumer Price Index (CPI) print, which was higher than the analysts had predicted.

Some analysts have begun to speculate that the reason for the highest rate hike in 28 years is part of an effort by the Federal Reserve to try and get ahead of the curve and establish enough leg room to be able to pause hikes in the future if economic conditions continue to worsen.

Overall, the rate hike, which was largely expected, appears to have been priced into the crypto market because prices remained relatively flat following the announcement and currently, more crypto-specific developments are dominating the headlines in the sector.