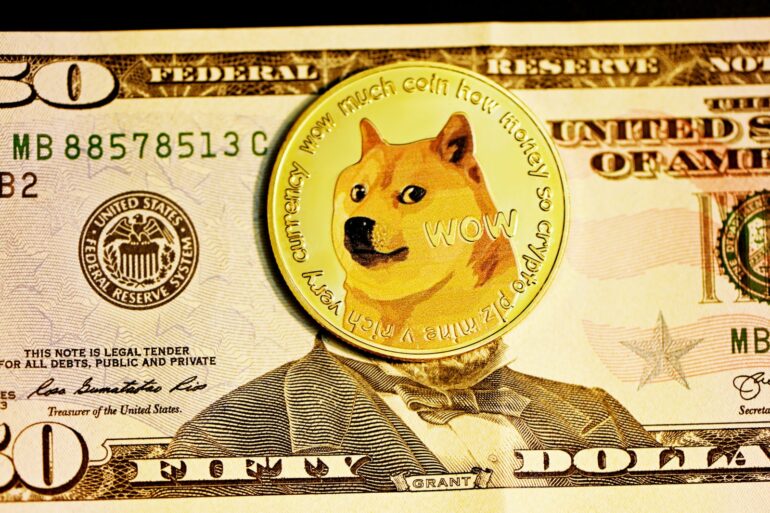 Elon Musk’s tweet has done wonders for Dogecoin, as the meme-inspired crypto has soared 5% in the last 24 hours. The internet’s Dogefather has bought Dogecoin amid the recent crypto crash and has asserted that he will continue to support Doge despite the unstable market conditions.

On June 19, Tesla chief Elon Musk took to Twitter to declare that he is buying Dogecoin amid the current crypto crash. Later on, Musk tweeted that he will continue to support Dogecoin despite the prevalent crypto winter.

I will keep supporting Dogecoin

Musk’s tweet soon went viral on Twitter and ended up positively impacting the prices of cryptocurrency, boosting it up nearly 5% to $0.05781 in the last 24 hours.

JUST IN: Elon Musk says he will continue to support and buy #Dogecoin.

Musk’s tweets have come amidst the recent class-action lawsuit that was filed against him for allegedly running a “Ponzi pyramid scheme.” According to a Bloomberg report, Musk was accused of being a part of a racketeering group that allegedly pumps the prices of doge. The lawsuit further added that Musk and his companies “falsely and deceptively claims that dogecoin is a legitimate investment when it has no value at all.”

In addition to this, Billy Markus who co-founded Dogecoin and is no longer part of the project also tweeted his views concerning Doge. Markus stated that he would like to see people working on bolstering Doge’s utility and security.

it would be cool if people keep working on it and adding utility and security, and working on services that also add utility, which i have seen and appreciate

but otherwise, most of the complaints and attacks imo are just people that don’t get crypto or the crypto market 🤣

Later on, Markus also replied to Musk’s tweet agreeing with the fact that Musk has always played an instrumental role in delivering the utility factor to Dogecoin.

you’ve always been earnest about supporting the coin for what i consider the right reasons – you find it amusing, appreciate the satire and irony, and you think it has potential as a currency – and your companies accept it for merch, giving it more utility

This isn’t the first time when Musk’s tweets have impacted the prices of Doge. Musk had earlier openly tweeted his support for the doge crypto when he declared that he would accept payments in doge for some of his tesla merch. Similarly, Musk has also asserted how he believes Dogecoin is better than Bitcoin in terms of transactions,pumping the prices of Doge further up a notch.