Before its liquidity issues and bankruptcy filing in November, FTX was well known for its prolific stance on making sponsorship deals. Even with many in and out of the space now associating the exchange with failed financial institutions, traces of the promotional glitter bomb it has unleashed on the world aren’t likely to go away anytime soon.

In Abu Dhabi, attendees for the Gumball 3000 motor rally in November noted on social media that wristbands for the event and more than one of the vehicles bore FTX’s logo, as did advertisements around the city. The crypto exchange did not appear as a sponsor on the event’s website at the time of publication.

In 2021, the now infamous crypto firm inked a $135-million deal to rename the NBA Miami Heat’s stadium the FTX Arena until 2040. Following FTX’s bankruptcy filing, officials in Miami-Dade County on Nov. 22 filed a motion to terminate the naming rights agreement. A hearing on the matter is scheduled for Dec. 16, but at the time of publication, the FTX logo is still all over the Miami sports venue, leading to mockery online: 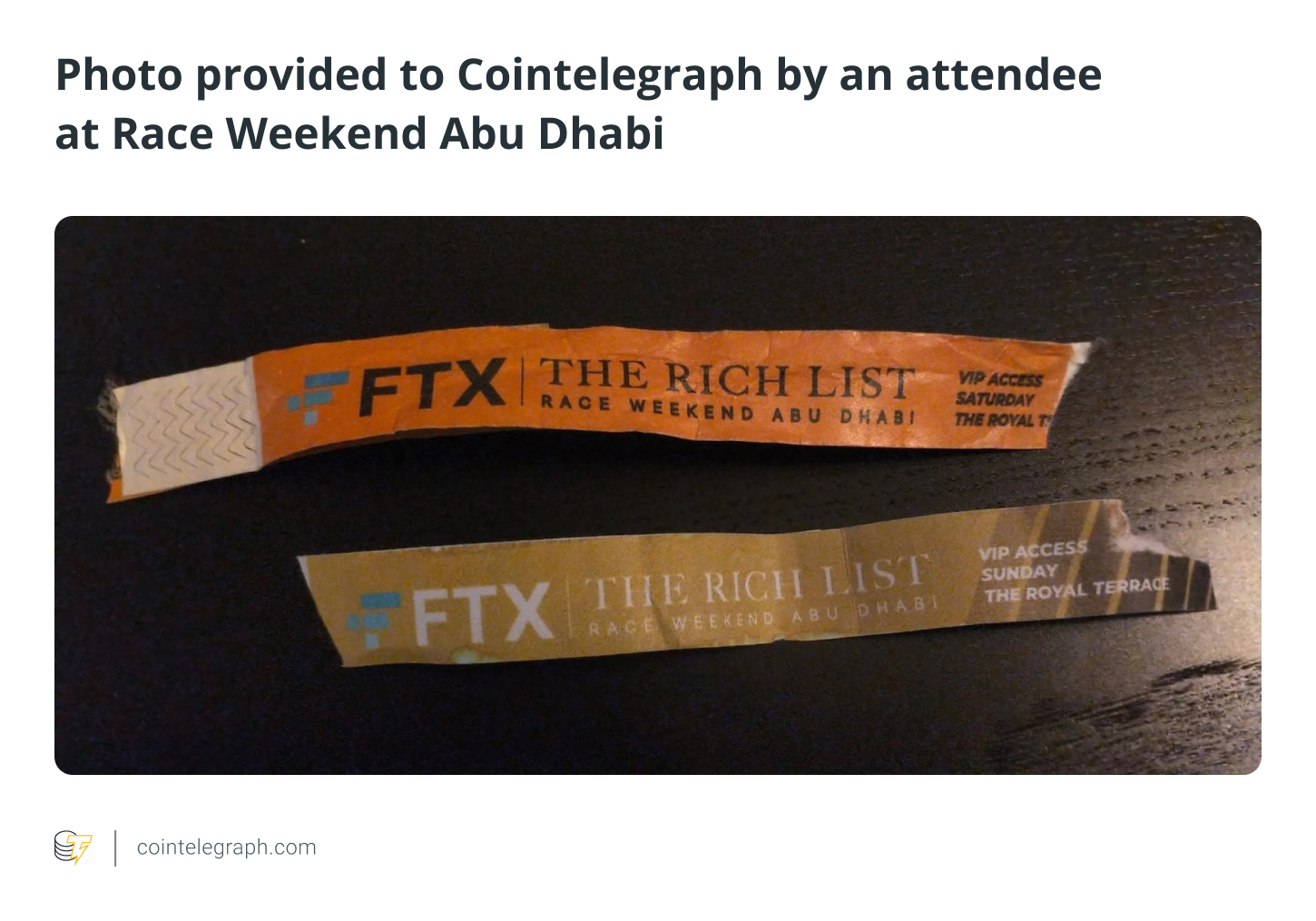 Though the FTX Token (FTT) may not be something crypto users want to hang on to, the firm’s bankruptcy could increase the value of promotional merchandise. FTX sponsored the Formula 1 international racing team backed by luxury car brand Mercedes. Some fans reported that Mercedes’ car no longer sported the FTX logo at the Sao Paulo Grand Prix — held around the same time the firm filed for bankruptcy — with many also pointing out that the team’s caps still prominently featured the company branding:

Other partnerships between the exchange and sporting entities included endorsements from NFL quarterback Tom Brady and NBA point guard Stephen Curry, a global partnership with the International Cricket Council, a five-year deal with Major League Baseball, and a ten-year agreement to purchase the naming rights to Cal Memorial Stadium — now FTX Field — in Berkeley. Though officials have reportedly scrapped some of the exchange’s logos in an effort to no longer advertise FTX’s services, the promotional shrapnel spread by the firm may not be wholly removed for some time.