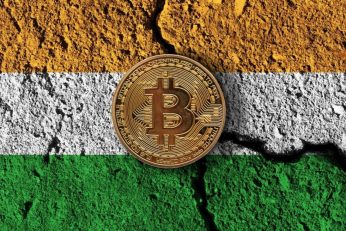 Bloomberg reported on Tuesday that trading platforms recorded a massive decrease in daily trading activity. According to the news house which cited data from CoinGecko, four exchanges including some of India’s biggest digital assets platforms like CoinDCX, WazirX, ZebPay, and Giottus experienced dips in transactions as much as 87%.

Trading volumes on exchanges reduced on average between 60% and 70%, per the report.

Three India exchanges suffered declines 60% and 87% in the value of daily trading immediately after the 1% tax deductible at source became effective on July 1. Market makers and high-frequency traders are “gone”. Traders are migrating to dex. Bloomberg https://t.co/RjXJJqrjhg

Menon surmised that decentralized exchanges like Uniswap and peer-to-peer trading platforms could become the preferred option for Indian traders in the coming months. The VP also noted that long-term hodlers continue to deploy cash and scoop up tokens during the ongoing market slump.

Although other factors such as market uncertainty and token prices could also be behind reduced trading volumes, the report points out India’s crypto tax policy as the chief reason behind the latest trading pattern.

As EthereumWorldNews reported, India first announced a 30% tax on crypto gains in February. The policy was later approved by Parliament in March despite heavy criticism from local industry stakeholders and companies.

Another 1% tax deducted at source (TDS) was also introduced. Trading volumes on local exchanges have reportedly slowed down since India’s 30% crypto tax regime came into effect on April 1, 2022.