Bitcoin (BTC) failed to keep $20,000 support on Aug. 27 as fears over a sell-off by users of defunct exchange Mt. Gox added to price pressures. 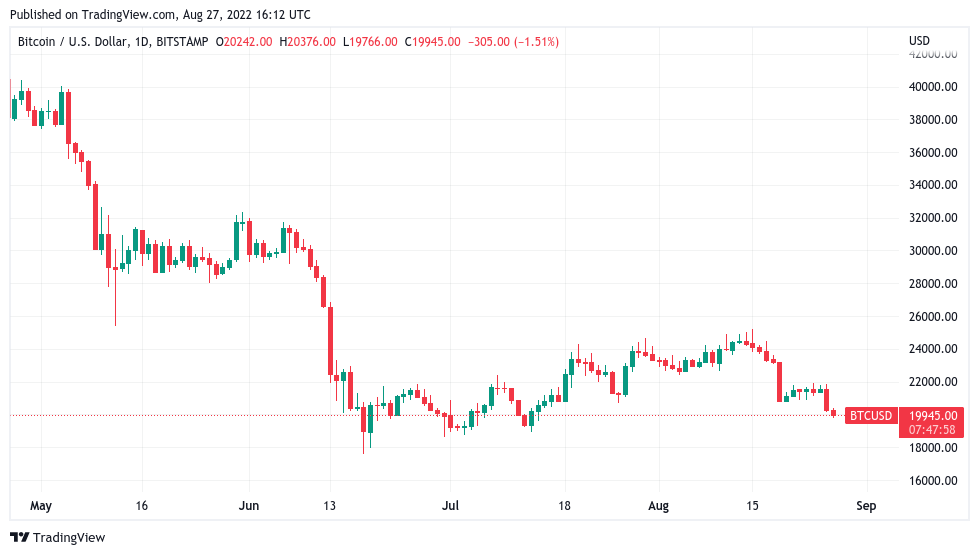 Data from Cointelegraph Markets Pro and TradingView followed BTC/USD as it headed to new six-week lows, reaching $19,766 on Bitstamp.

Thin weekend liquidity appeared to exacerbate already jittery markets, which reacted badly to unconfirmed rumors that Mt. Gox funds were due for release to creditors on Aug. 28.

Claims varied widely at the time of writing, with some believing that a tranche of 137,000 BTC was set for release in one go. Others said that funds would be sent piecemeal, but that payouts would nonetheless begin this weekend.

A point of consensus came in the form of creditors allegedly wanting to sell BTC owed to them, this having been out of reach since 2014, when BTC/USD traded at under $500. The unrealized 40X returns, they feared, would prove too enticing for creditors to become willing hodlers.

Mt. Gox imploded with hundreds of thousands of bitcoins almost ten years ago. Following a lengthy legal procedure dealing with funds subsequently recovered from the exchange, the appointed rehabilitation trustee, Nobuaki Kobayashi, announced on July 6 that he was “preparing to make repayments” to creditors.

In documentation at the time, Kobayashi gave “the end of August” as a reference period during which some initial payments might begin.

“Following discussions with the Court and in accordance with the Rehabilitation Plan, the Rehabilitation Trustee plans to set the Assignment, etc. Restriction Reference Period from approximately the end of August this year until all or part of the repayments made as initial repayments is completed for safe and secure Repayments,” part of it read.

With no new official information appearing on the dedicated website covering the rehabilitation proceedings, however, it remained unclear as to why the sell-off rumors had gained so much traction so quickly.

For trader and analyst Josh Rager, meanwhile, even if the full hoard of BTC were sold at once, the resulting selling pressure would not create the kind of apocalyptic event some imagined.

Profits get squeezed in weekend volatility

According to data from on-chain analytics firm Glassnode, the percentage of the overall BTC supply in profit hit a one-month low on the day at just above 55%. 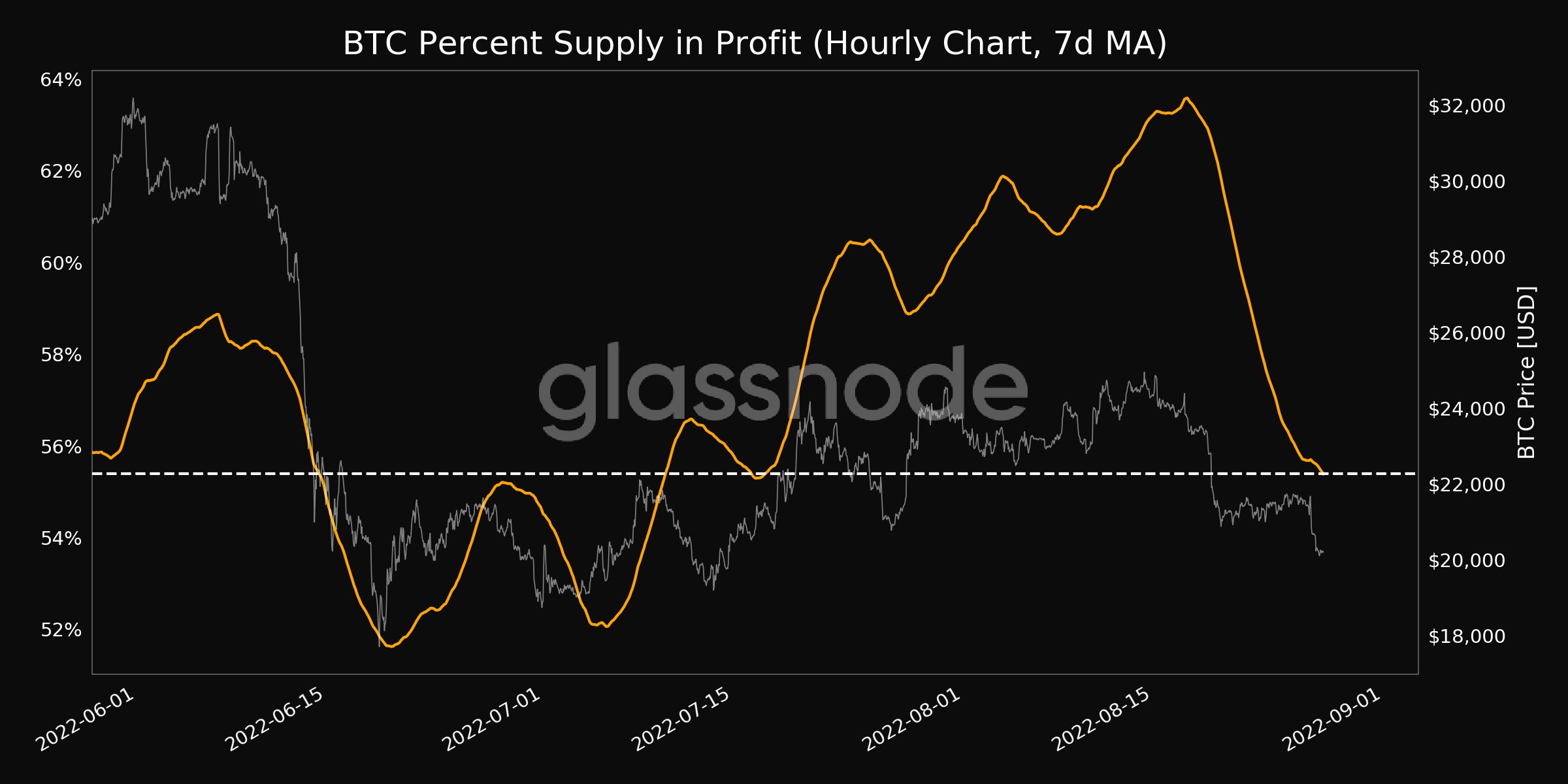 Older coins continued a trend of increasing dormancy, meanwhile, with the percentage of the supply last leaving its wallet two years ago or longer hitting ten-month highs. 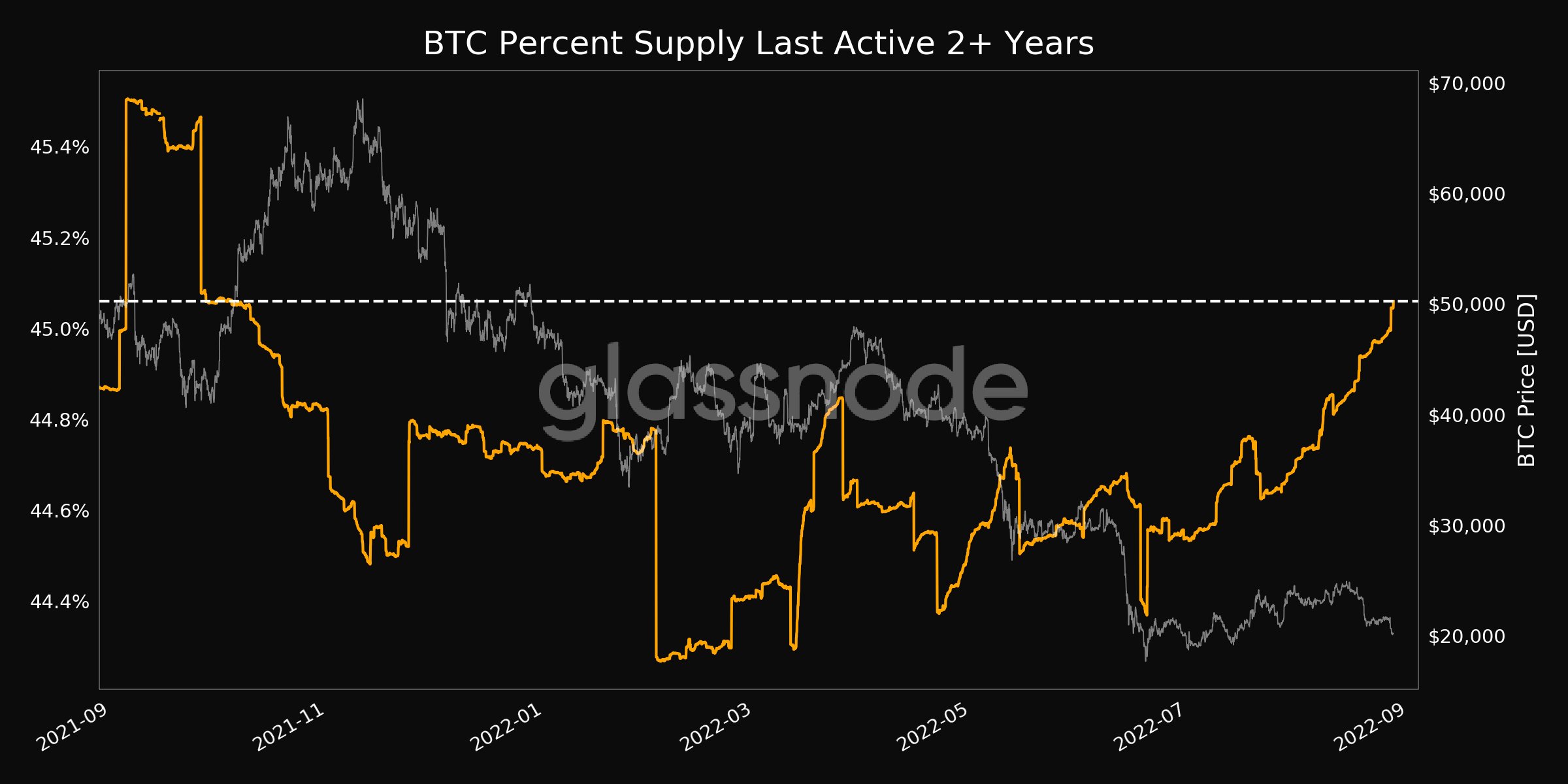