Bitcoin (BTC) fell rapidly on Aug. 19 as the culmination of a week’s sideways action ended in disappointment for bulls. 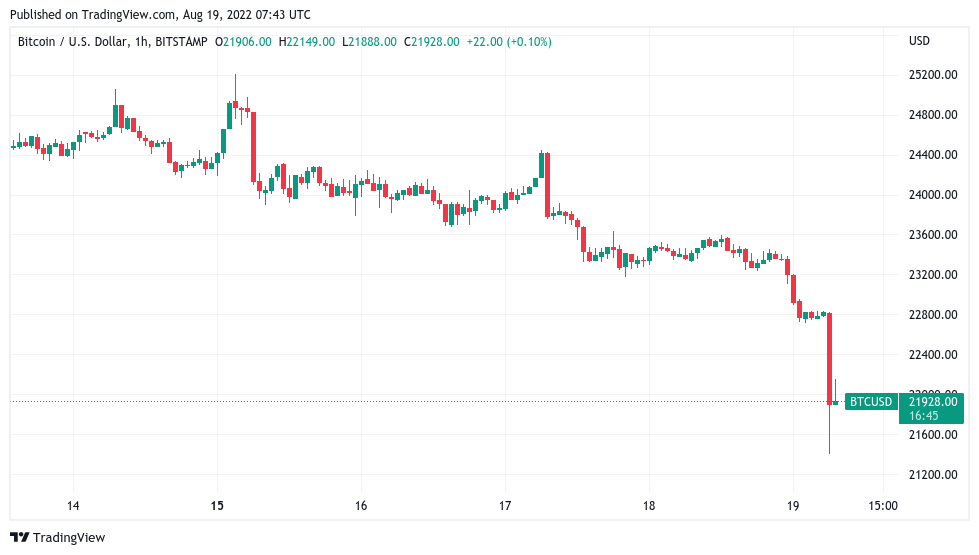 Data from Cointelegraph Markets Pro and TradingView followed BTC/USD as it dropped 6.2% in a single hourly candle.

Reacting, traders hoped that a rebound could allow for consolidation higher than current spot price levels, which were under $22,000 at the time of writing.

Fellow account Il Capo of Crypto, who had long forecast a return to lower levels, was resigned to new lows being “just a matter of time.”

Consolidation under $22,500, he warned in his latest update, would be “very bearish.”

Prior to the drop, meanwhile, analyst Venturefounder said that any price below $23,000 would be a “decent price to buy in the long term,” adding that it was unlikely that Bitcoin had exited its bear market so far.

Relative strength index (RSI) being still near all-time lows spoke to the extent to which BTC/USD was oversold, he argued.

There were nonetheless signs of buying emerging below key bear market support levels including the 200-week moving average and key whale entry levels. 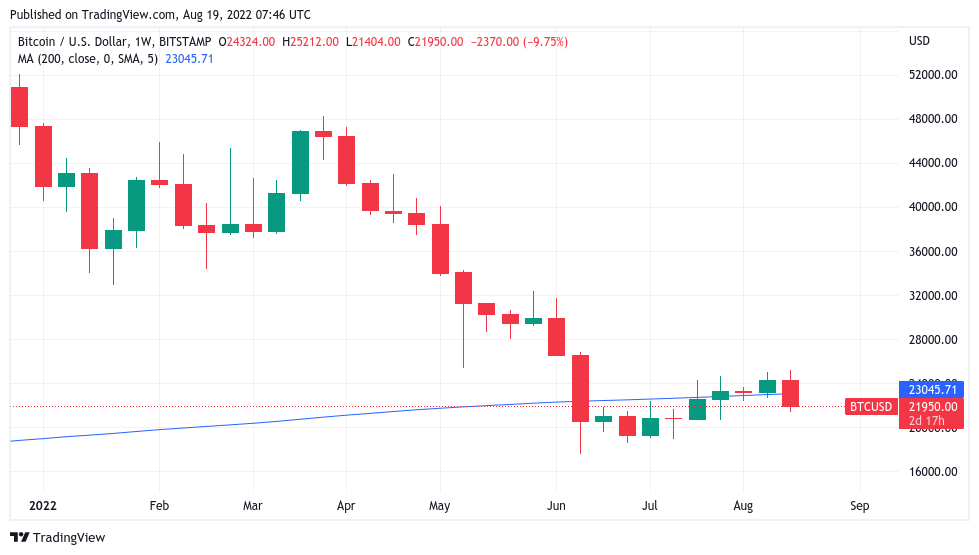 According to data from on-chain analytics firm CryptoQuant, exchange outflows for the first few hours of Aug. 19 already totaled 21,500 BTC. 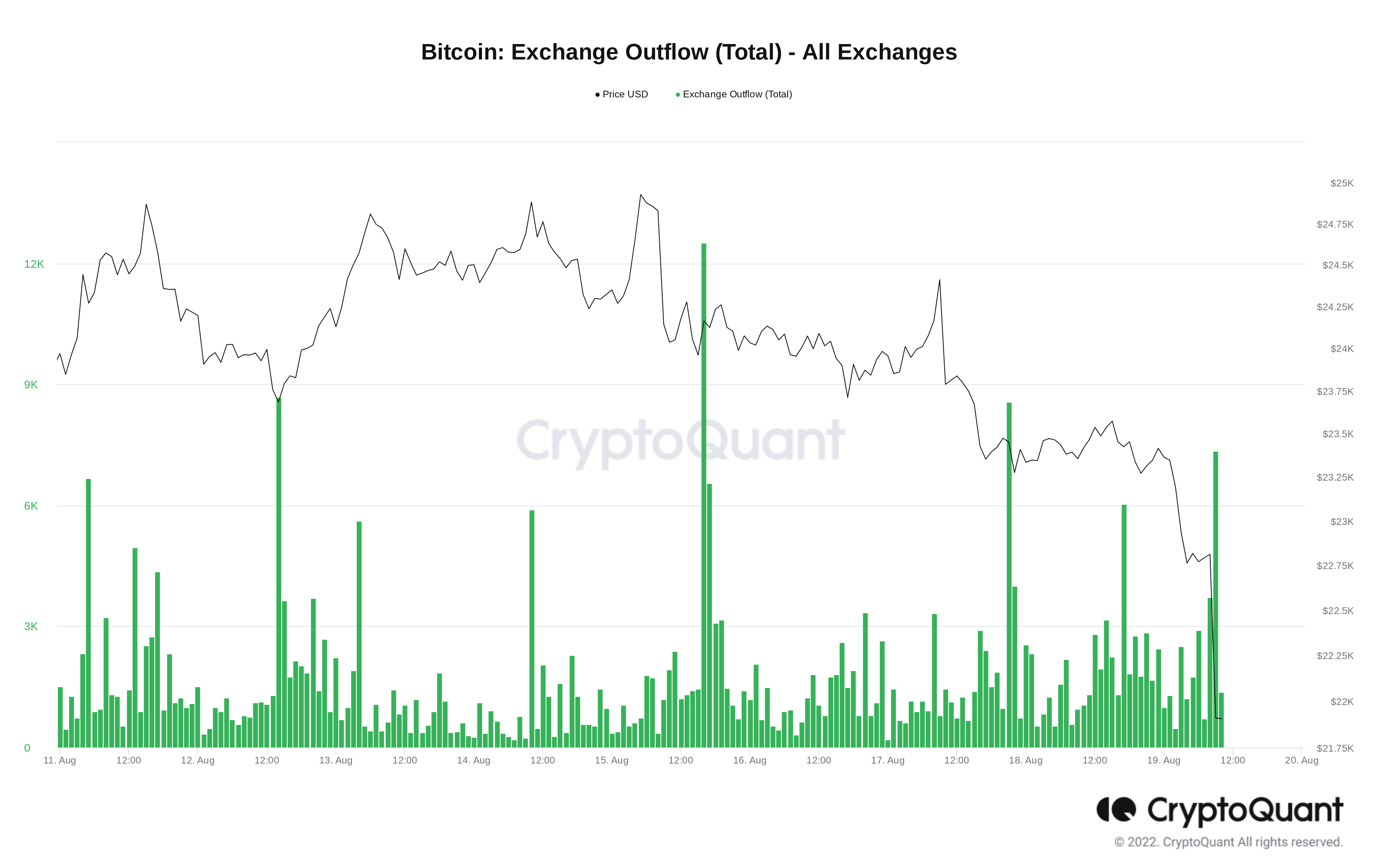 On altcoins, the knock-on impact of Bitcoin’s return to three-week lows was predictably keenly felt. 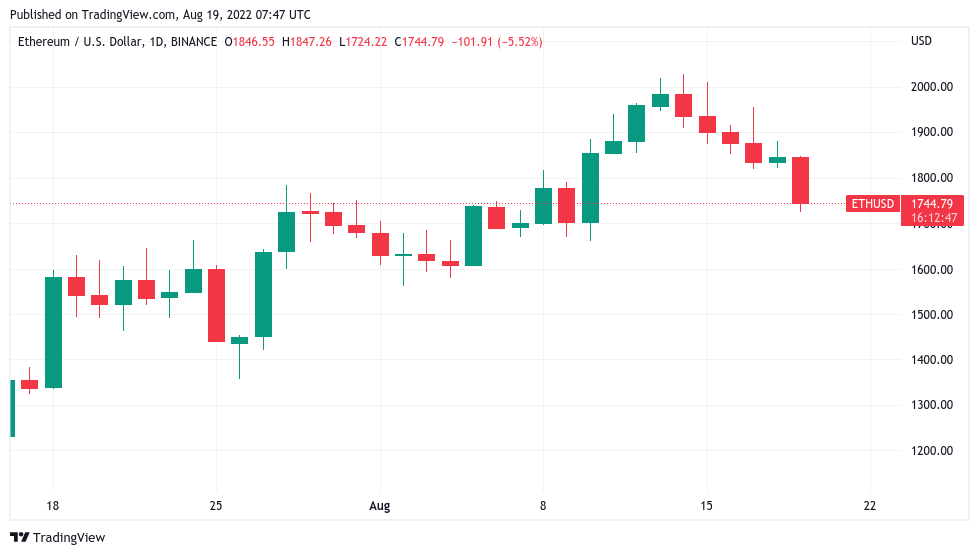 Elsewhere, other major tokens lost in excess of 11%, with Dogecoin (DOGE) the worst performer in the top ten, down 13.6%.

“Bear bias now unless $1790 is reclaimed/flipped to support,” Crypto Chase added about ETH in part of a separate tweet.