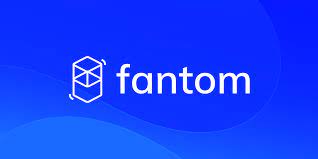 Andre Cronje, the popular DeFi architect who co-founded the Fantom Foundation, has laid out the 2023 roadmap for the layer 1 blockchain. Cronje, who refers to himself as the “Vice President of Memes” at Fantom Foundation, has stated that the foundation will focus on the expansion of its decentralized application (dApp) ecosystem next year.

Fantom to incentivize builders with gas monetization and subsidies

According to a letter from Cronje to the foundation team, the objective for next year is to provide the highest throughput blockchain available in order to create a single, secure settlement layer for all decentralized activity. This goal is to be achieved by improving the tools, integration, and ease of use for developers, rather than catering to specific user verticals like DeFi, NFT, gameFi, and exchanges.

Cronje has outlined several core focus areas for the next 12 months. These include gas monetization, which will allow dApps to share revenue based on the gas used in transactions, similar to how YouTube and Twitch creators earn income. The foundation also plans to implement gas subsidies, which will allow dApps to interact without requiring users to pay gas fees themselves, making onboarding easier and more seamless.

Another key focus for the Fantom Foundation is account abstraction, which will eliminate the distinction between contract and EOA accounts. Under this system, contracts will be able to initiate transactions and pay for gas, and EOAs will simply serve as authorities authorized to instruct wallets to take certain actions. This will allow for a more user-friendly dApp experience and enable social recovery options such as email and password authentication.

An economic abstraction for gas fees is also in the pipeline, which will allow fees to be paid in tokens other than FTM, and is developing a new middleware layer to improve smart contract processing and unlock the full potential of hardware. Other focus areas include performance engineering, documentation and training, and business development.

Andre Cronje also informed the team that he has formally been appointed as a member of the Board of Directors for both Fantom Foundation Ltd and Fantom Operations Ltd.