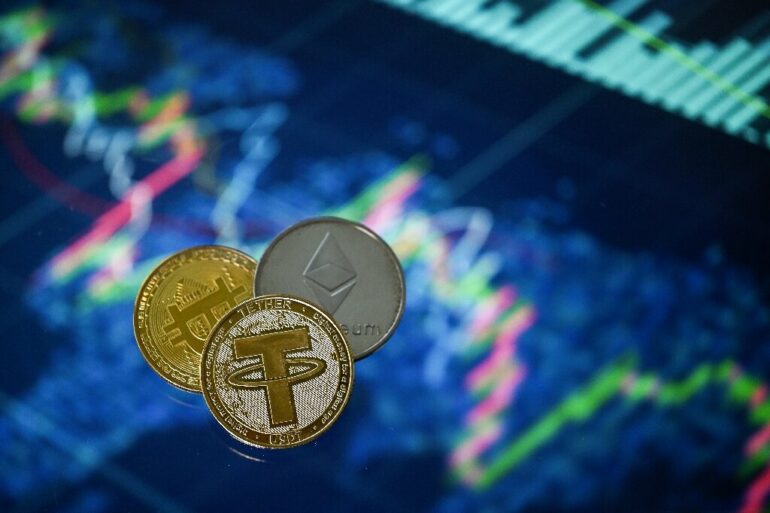 Another difficult week for the world of virtual assets as the total cryptocurrency market cap slipped below $1 trillion on Tuesday. Data from on-chain aggregator CoinMarketCap showed that the total cash currently circulating across crypto tokens sits under $950 billion at press time.

The last time crypto’s market cap reached these levels was around 16 months ago, back in February 2021.

Crypto’s leading token Bitcoin took a huge hit on Monday amid a general market slump. BTC dropped by almost 20% in a single day, going as low as $21,800 on some exchanges. The top crypto token is also down on Tuesday by over 7% and trades around $21,900 at press time.

As EWN previously reported in May, technical analyst MagicPoopCannon (MPC) predicted a leg down to these levels. MPC cited macro support indicators around the $20,000 to $22,000 regions as the basis for their price prediction.

#BTC is falling below the 61.8% moving average of the entire bull market, in what may be the beginning of the next major leg lower. I do see a technical case for a rapid decline to $22,000 or $20,000, before new support is found, if a leg down gains steam. pic.twitter.com/1Q5Zm8krZz

Bitcoin’s plunge below $24,000 also broke through the supposed realized price level highlighted by Dylan LeClair, Head of Market Research at Bitcoin Magazine. The last time BTC dipped as far as $21K was back in December 2020, almost 2 years ago.

Notably, LeClair pointed out that hitting these low levels could indicate that a bottom is in or close.

24k would be in the green zone.

Similarly, the leading altcoin Ethereum also slumped significantly below $1200 despite anticipation surrounding The Merge. ETH currently exchanges hands at $1,194 after a slight recovery since Monday’s 15% dip. Ethereum dropped as low as $1,080 for the first time since January 2021. Per data from TradingView. 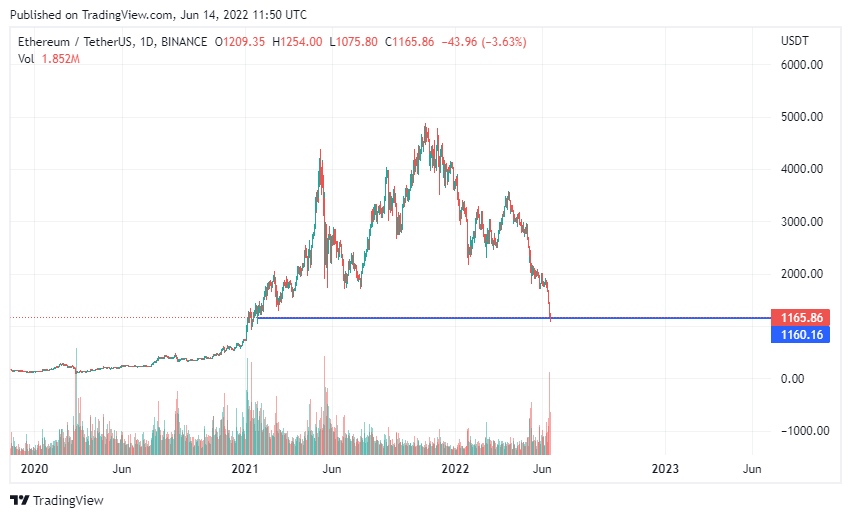