Axion Network’s AXN token’s price has crashed by 100% just hours after AXN token went live today on 2 November, and, according to its Telegram channel, Axion Network’s COO claimed this price crash was due to a minting exploit in the contract with regards to staking: 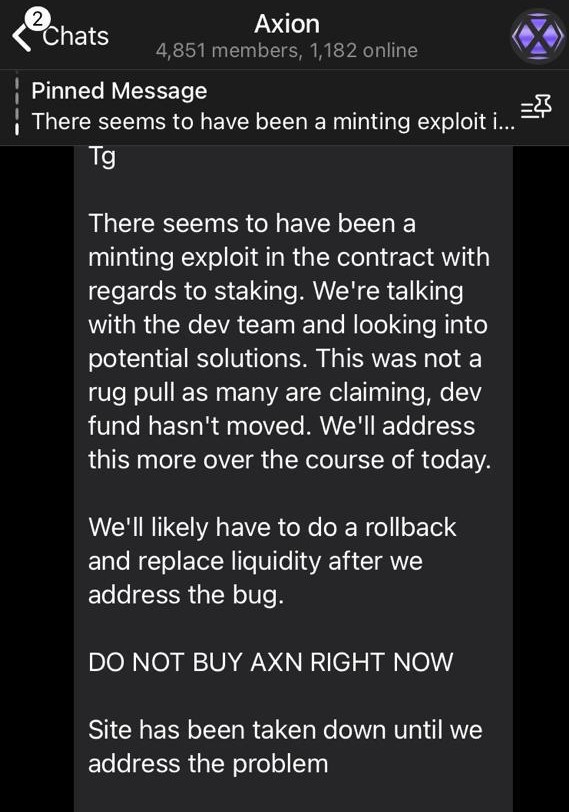 The message from Axion Network team went on to state that $500,000 had been stolen. They even advised users to avoid buying AXN tokens “right now,” and to keep away from the network’s dashboard. One Twitter user noted AXN token’s sharp drop in price had stated that 79 Billion Axions (AXN) were unexpectedly minted and sold. 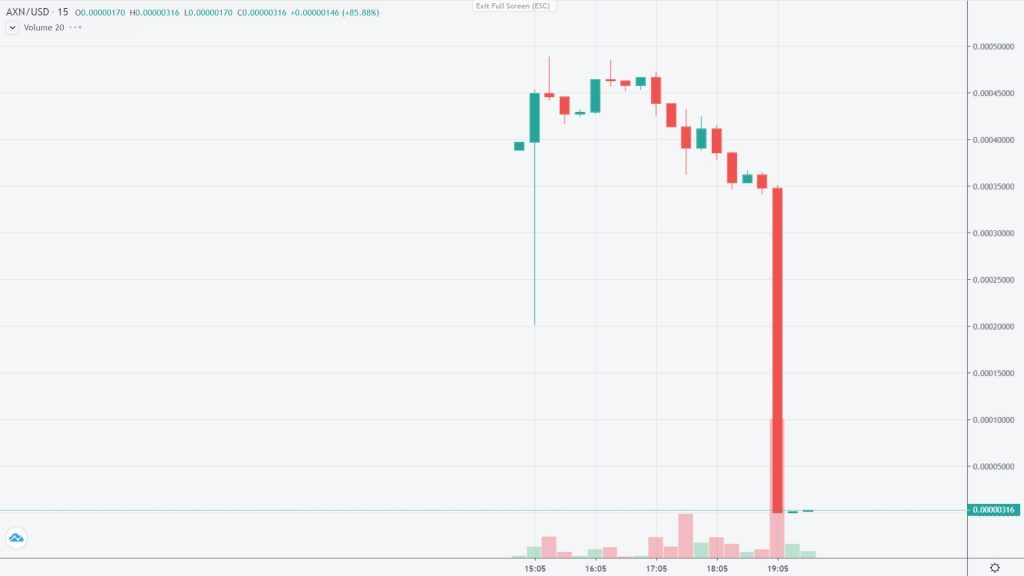 Meanwhile, some AXN holders have criticized the network with one user stating in the Axion’s Telegram channel, “I’m being told I’ve lost all my tokens. This is not fair.”

Earlier today, the Network went live on mainnet with the AXN token airdrop being made to HEX holders on one to one basis:

Back in August, a major crypto influencer and bitcoin advocate, Andreas Antonopoulos, warned users about the project and claimed that he was offered 10 bitcoin ($134,934) to do an interview that would show that HEX was not a scam. Antonopoulos even said that he was asked not to disclose the said “payment.”

Axion Network stated that reputed auditing teams such as Hacken and Certik had conducted a Smart Contract Code Review and Security Analysis which would apparently “ensure” that the Axion Network was “tested and secure,” thus providing an “extremely strong foundation built for longevity.” However, the token which was said to have had five different audits failed to last during the last couple of hours.

Axion Network is a self-claimed “high-interest investment platform,” and claims on its website that its users, who put their Axion tokens in a “time-locked savings” in the project, would “enjoy life, living off the interest.”