Coinbase announced on March 13 that they are finally adding Stellar Lumens (XLM) to their Coinbase Pro platform. The platform has already started to accept deposits for XLM and trading is set to go live when sufficient liquidity is met.

Last December, Coinbase had teased the addition of Stellar Lumens to their platform, along with a plethora of 30 other coins including Ripple, Basic Attention Token, Zcash and Zilliqa. The majority of the coins mentioned have already been added, with the Ripple being the most recent addition.

Once the sufficient liquidity for XLM has been met on Coinbase Pro, the market book will open in 4 stages to ensure a secure market.

These stages will restrict users from being placing market orders for a limited time, during which only limit orders will be processed. However, once the liquidity level has been reached, the market will be open for all users in Coinbase jurisdictions (except New York) for the trading of Stellar against USD, EUR and BTC.

The XLM market has reacted positively to the news, and has jumped over 7%.

Stellar has now overtaken Binance Coin for the 7th ranked position as it currently holds a $2.13 billion market cap valuation. The 55-month old cryptocurrency is now up by 29% over the past 7 days and a further 37% over the past 30 days. 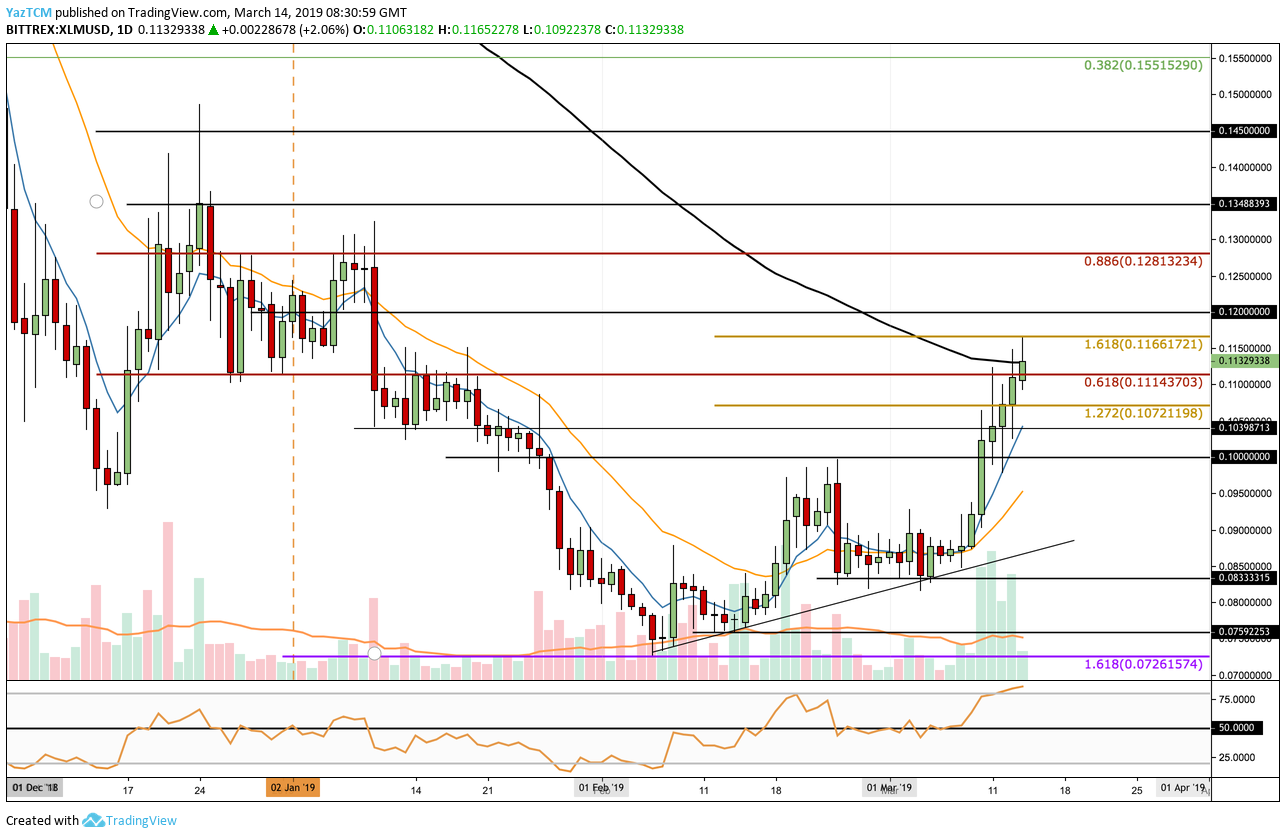 The XLM/USD market has been on somewhat of a tear recently, having increased by 37% during March 2019 alone. During the price rally, XLM/USD managed to break above significant resistance at the $0.10 level, and has continued further higher.

Upon the Coinbase announcement, Stellar soared into resistance at a short-term 1.618 Fibonacci Extension level (drawn in gold) priced at $0.1166. The market has since dropped slightly, and is trading just below resistance provided by the 100-day moving average.

The RSI has currently reached overbought conditions which could signal that a small retracement is on the cards in the following few days to allow the bulls to have some breathing space before they continue to climb higher.

Where Could XLM/USD Head Towards Next?

If the bullish momentum continues to drive XLM/USD further above the resistance at the 100-day moving average and $0.1166, we can expect immediate higher resistance to be located at the $0.120 level. Above this, more resistance lies at the bearish .886 Fibonacci Retracement level (drawn in red) priced at $0.1281.

Alternatively, if the sellers regroup and begin to push the market lower, we can expect support located at the $0.11 level. This is followed by more support at the $0.1072 and $0.10 levels. 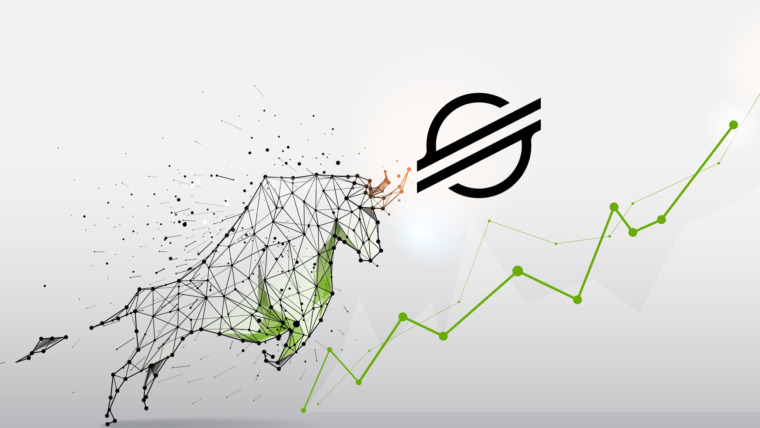 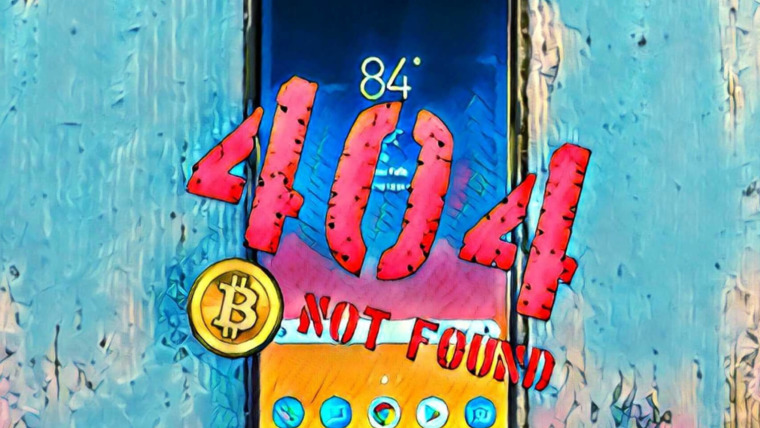 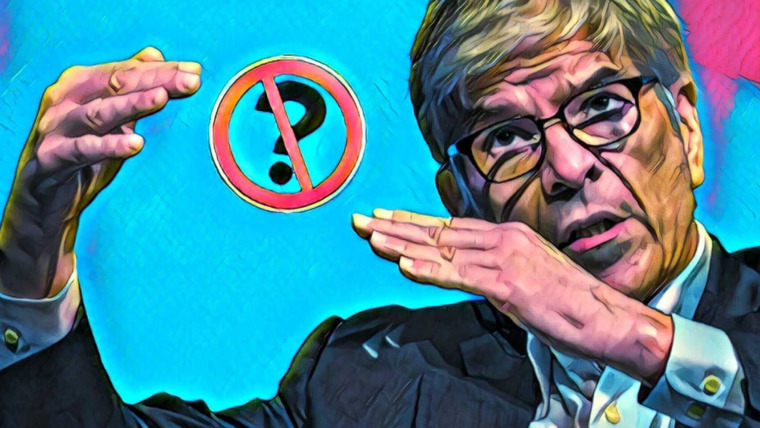