After a hint of price stabilization on the back of a brief descent on the price charts, all three alts – XRP, VeChain, and NEO, at the time of writing, were once again starting to record losses. 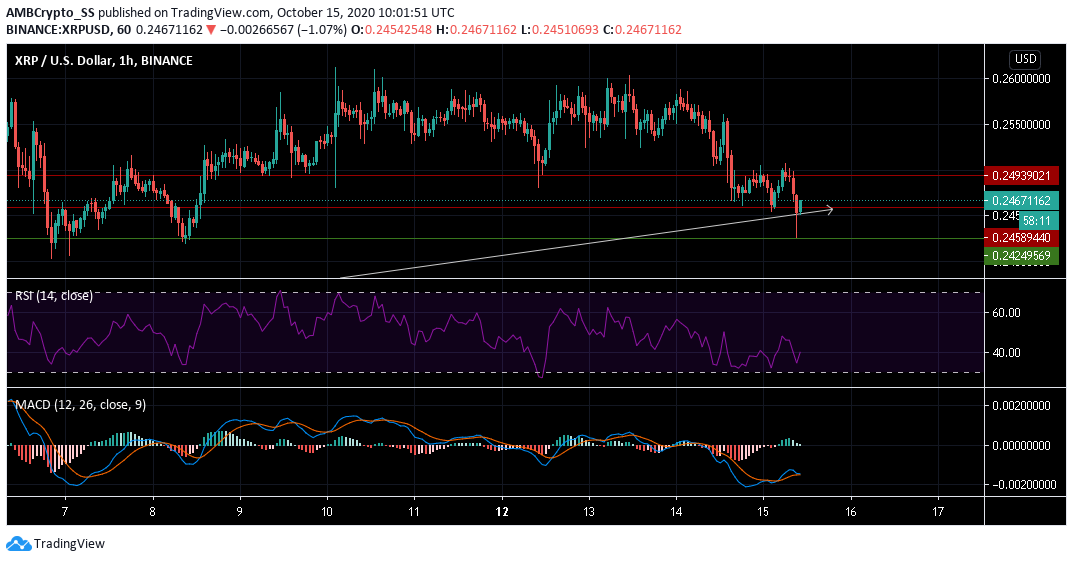 XRP’s prices were noting some price consolidation between the $0.249 and $ 0.245-levels. However, the recent market meltdown disrupted that pattern. The digital asset, at press time, had broken below this range and was trading at $0.245.

The beginning of a bearish trend was also visible as the MACD line prepared to dive below the Signal Line on the charts. Further, the Relative Strength Index also underlined the presence of selling pressure.

While there is a low probability that XRP might push higher, the cryptocurrency first needs to consolidate above $0.245. 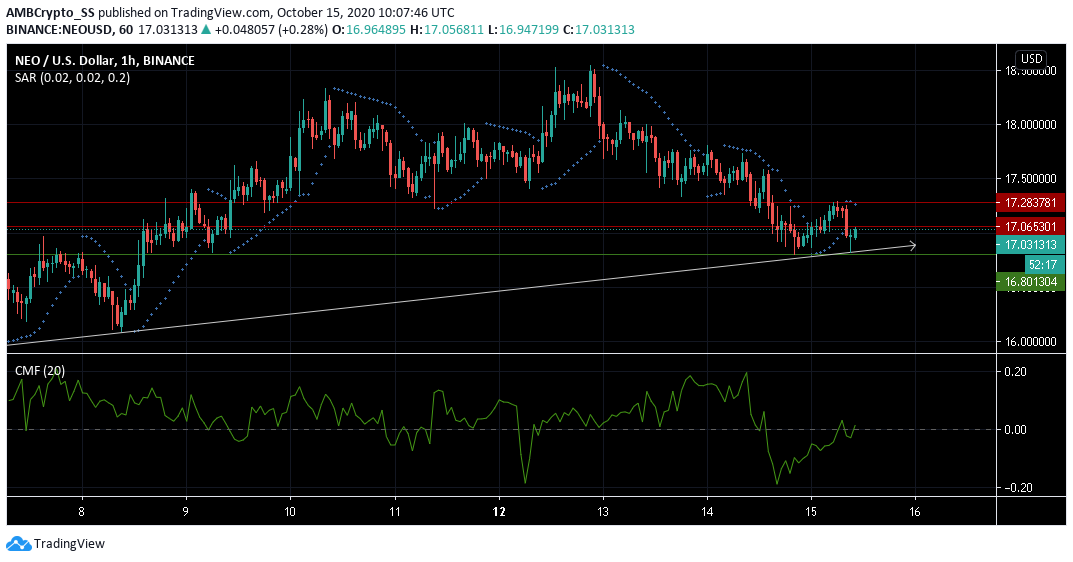 At press time, the Chaikin Money Flow was attempting to rise above zero. If this trend gathers more momentum, NEO could record strong buy liquidities as a greater volume of capital starts flowing into the market.

Further, the recent bounce above the immediate support level at $ 16.801 also hinted at a reversal from the bearish price trend.

However, the dotted markers of the Parabolic SAR were observed to be above the price candles and suggested that the downtrend is likely to continue for a few more trading sessions. 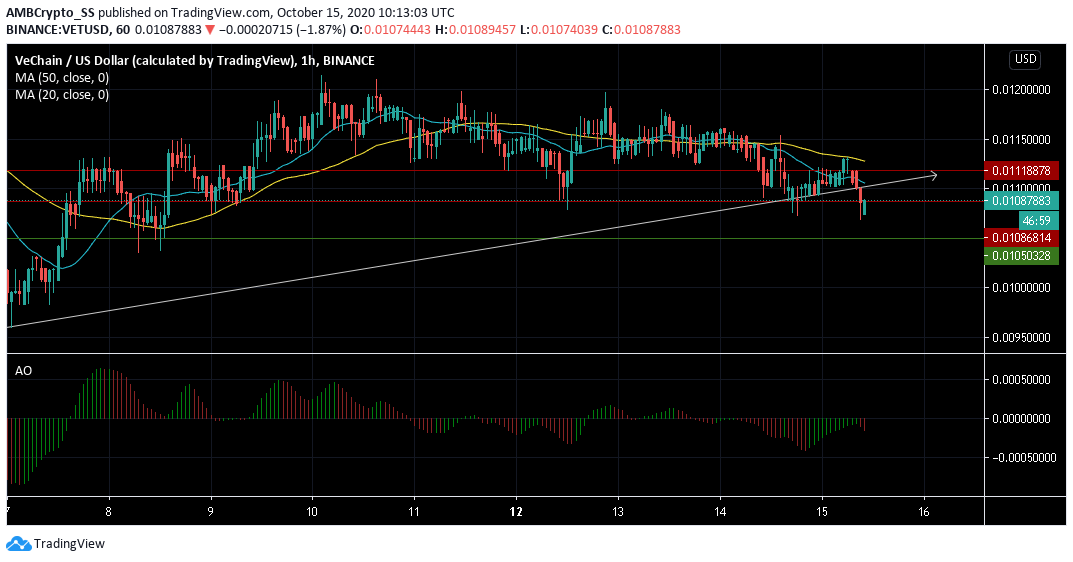 The Awesome Oscillator for the digital asset gave an early signal of selling pressure. As the second half of October commenced, VeChain further noted a breakout from its sideways price movements.

The price was also seen dropping below its 20 and 50 moving averages. With the prices seen below the 20 SMA, the short-term VET market registered a rise in selling pressure.

The 20 SMA below the 50 SMA painted a bearish picture, one that may result in the digital asset further losing value till its next support at $0.0105.