XRP and Stellar Lumens [XLM] fell prey to the Bitfinex-Tether episode, which saw Bitcoin [BTC] drop by approximately $400 and contribute to a domino effect in the market. At press time, XRP had fallen by 1.29 percent and was priced at $0.299. Market capitalization also took a hit, slumping down to $12.3 billion. It fell by 9.44 percent over the past week.

XLM suffered a similar fate after it experienced a decline of 2.82 percent against the US Dollar. The trade volume garnered was around $196 million and the token was valued at $0.099. 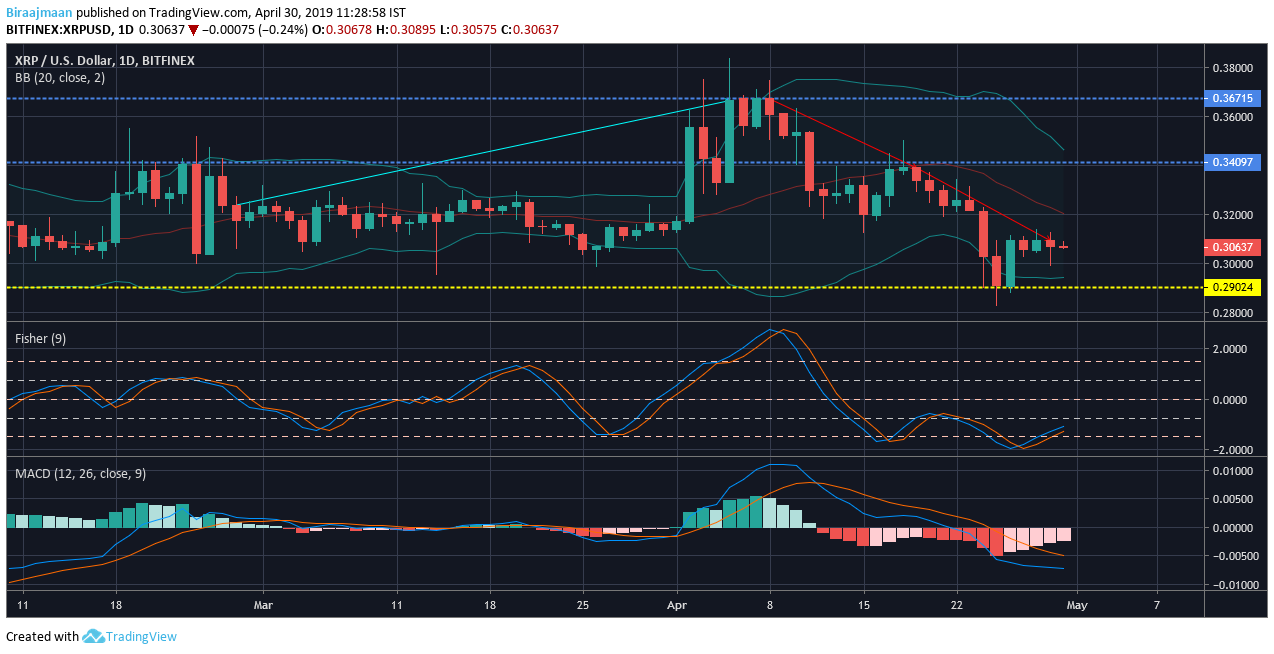 The Bollinger Bands indicated a volatile period for the token. However, the markers were converging at press time, foreshadowing reduced volatility in the future.

The Fisher Transform line exhibited a bullish trend for the token as the red line remained below the blue line.

The MACD line pointed towards a bearish trend as the blue line hovered under the red line. 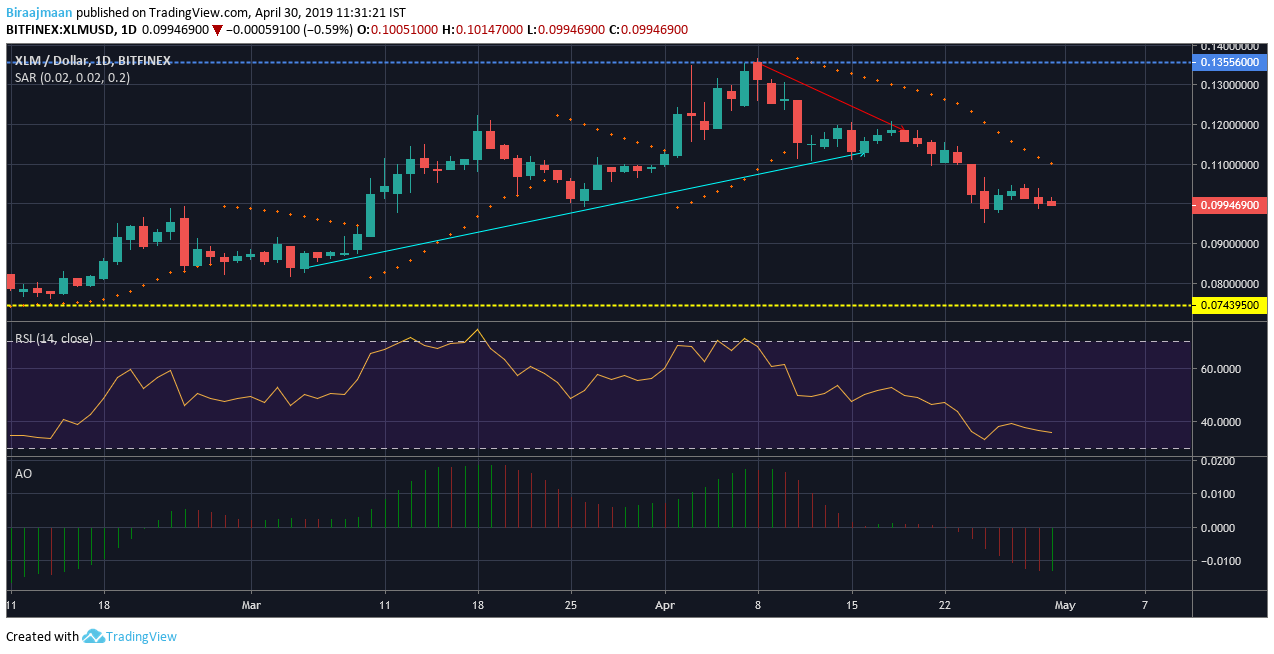 The Parabolic SAR indicated a bearish trend for the token.

The Awesome Oscillator indicated a predominantly bearish trend. However, a green bar was witnessed, suggesting the possibility of a trend reversal. Currently, the market is offering a bearish selling opportunity.

All the aforementioned indicators suggested that the tokens were going through a bearish phase. However, some of them also indicated a possible change of trend in the near future.

Northern Trust Enters Strategic Alliance with BlackRock
We and our partners use cookies on this site to improve our service, perform analytics, personalize advertising, measure advertising performance, and remember website preferences.Ok