Justin Sun’s Tron [TRX] has been one of the top performers in the recent price surge, which collectively improved the overall market cap of the virtual asset. At press time, Tron exhibited another major surge, as the one-hour chart experienced a rapid hike of 7.50%, according to Trading View. 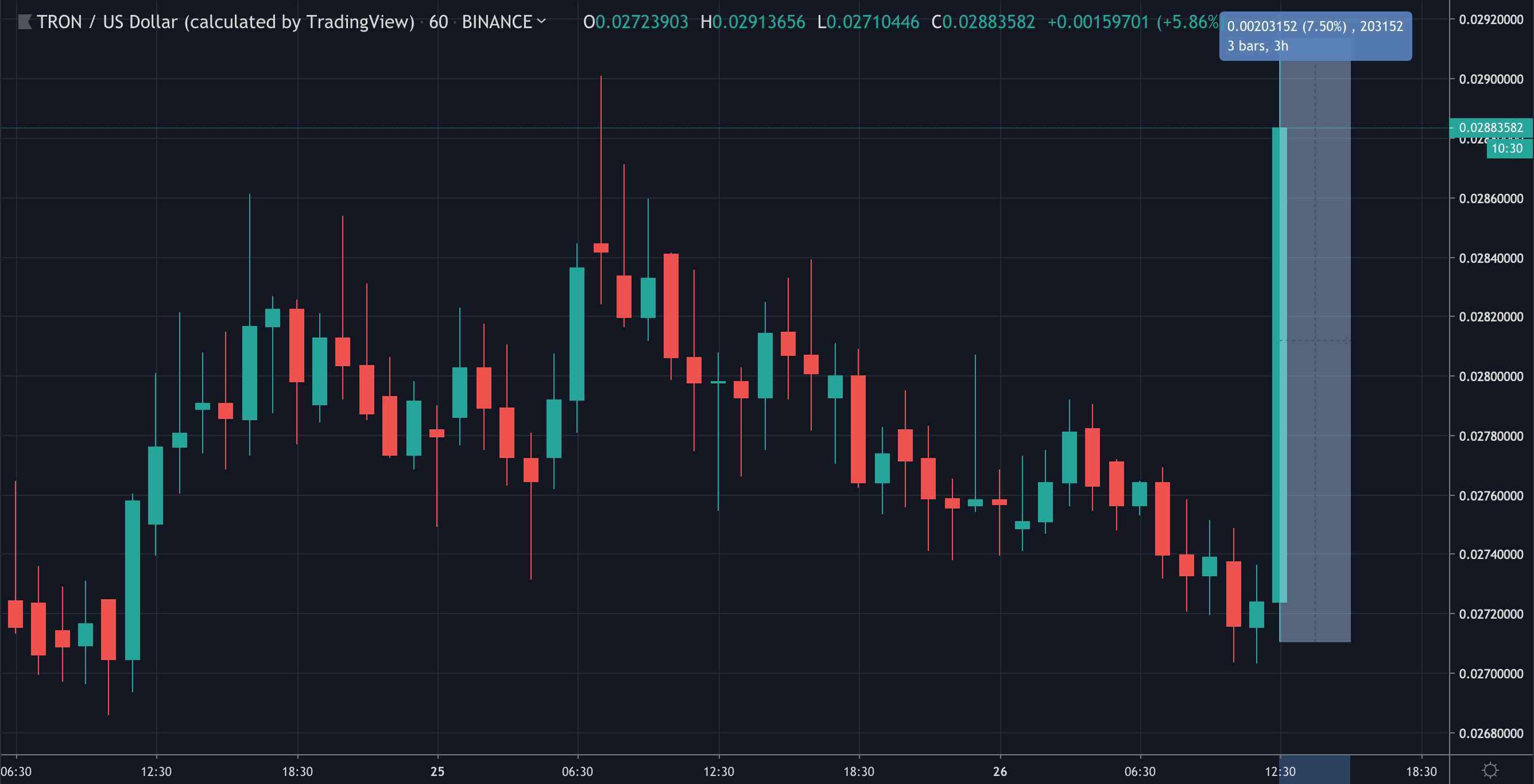 According to CoinMarketCap, Tron was the eleventh largest cryptocurrency at press time with a market capitalization of $1.93 billion. The trade volume for the token was around $709 million and the coin was priced at $0.0289.

The token was traded the most on the Fatbtc exchange via the TRX/ETH pair, which accounted for 8.52 percent of the volume, equivalent to $63 million. BW.com exchange followed up in second place with a trade volume of 8.44 percent via the trade pair TRX/USDT.

Crypto enthusiasts attributed the current price surge to a statement made by Justin Sun on Twitter, where he hinted at a major announcement with regards to Tron and BitTorrent.