An analytics firm has claimed today they found an increasing number of reports from XRP holders who seem to be falling victim to a new scam. XRP Forensics published a tweet on 5 November that warned XRP community to “stay alert.”

We [XRPlorer] also see an uptick in reports of stolen XRP as a result of this scam. Stay alert!

Sharing a screenshot of the domain name of the website allegedly pertaining to the scam, the analytics company said the “phishing scam” had a fake yet remarkably similar domain “lẹdger\.com” which is seen in the image below: 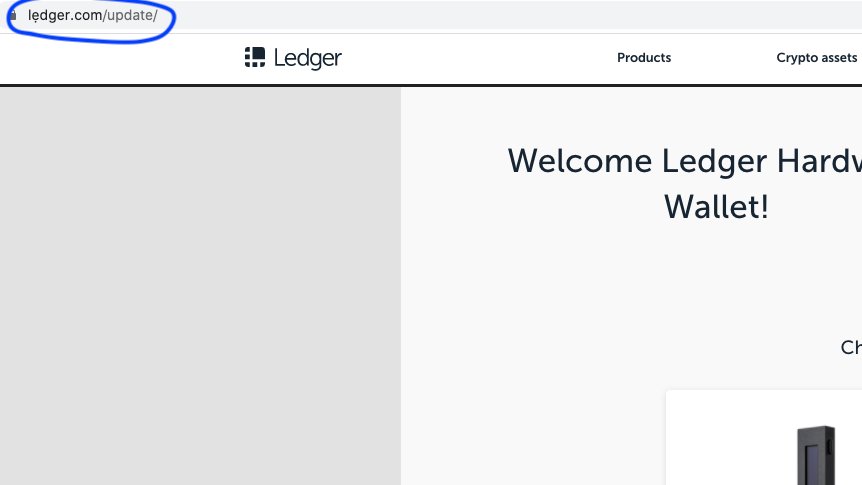 The analytics firm stated that the scam operation “had already stolen more than 1,150,000 XRP from Ledger users.” In addition to this, XRPlorer team claimed that the entire amount was sent in five payments to cryptocurrency exchange Bittrex who were apparently unable to seize the funds in time. The XRPlorer team further asked users to report the account allegedly connected to the scam, whilst urging the community to “not send any money” to the account involved in the scam.

The phishing email connected to the scam has been in circulation amongst users according to a crypto investor and an XRP advocate who uses the handle @whatxrpdid on Twitter.  In fact, the scam was spotted by this user who later shared a screenshot of the email claiming that Ripple was launching two programs for the community in November.

The spurious email went on to state that the current global crisis had forced businesses to “rethink their plan” and that was why Ripple was allegedly planning to give away 5 billion XRP worth of incentives. The email was almost indistinguishable from Ripple’s corporate communications. But the fact that users were asked to “whitelist” their address and share their private key in order to receive free XRP – emerged as a telltale sign of typical crypto phishing scams – seen in the image below: 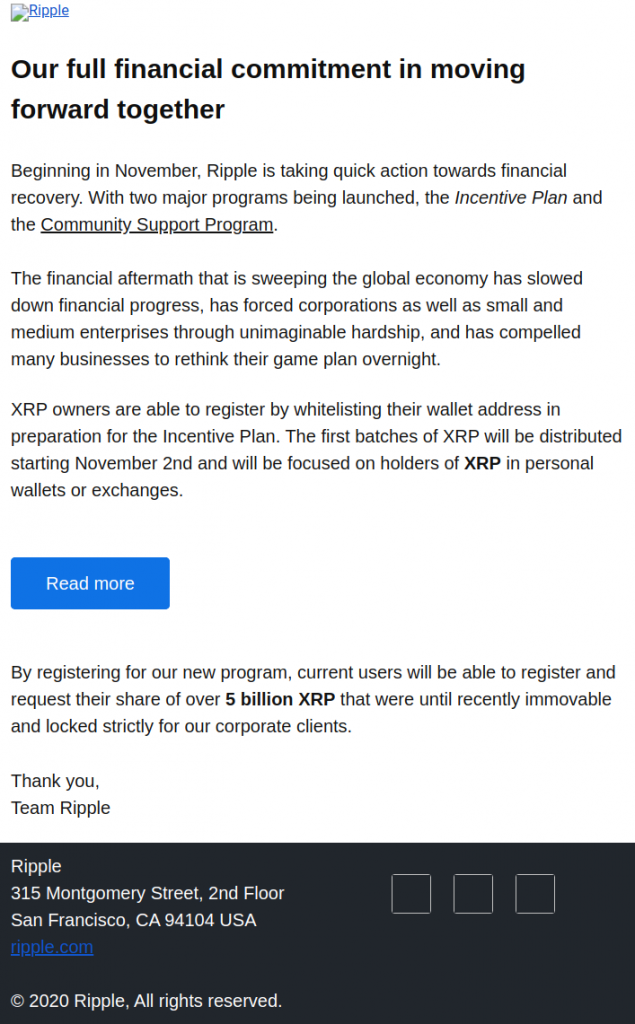 In addition to this, XRPlorer had earlier found that in 2019 more than 6 million XRP was withdrawn directly from exchanges to giveaway scams. It also pointed out that within this year alone, scammers had pocketed close to 3 million XRP.  Back in May, Ripple had even published a tweet of its own that urged XRP holders to protect themselves from such legit-looking email scams that promoted fake giveaways.