The Bitcoin Cash network underwent its planned hard fork upgrade on May 15, with a goal of implementing security and privacy features to the blockchain. Things, however, aren’t going as planned.

The protocol upgrade was activated on block 582680, but the network appeared to be stuck without new blocks produced for some time—it took approximately half an hour before the next block was produced. BitMEX Research pointed out a possible problem with the BCH hard fork, tweeting that “the number of txs per block is low (0 in the last 9 blocks, other than the coinbase txn).”

The BCH network had been processing only one transaction per block, essentially just the block reward, for the last 10 blocks until block 582697, in which it processed 89 transactions. 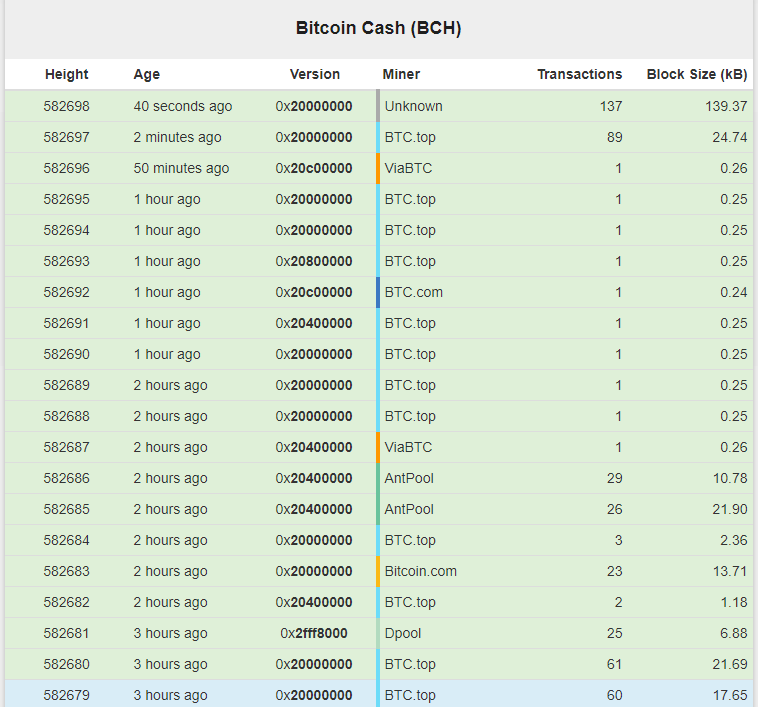 BU developer Greg Griffith explained on Reddit that the glitch had been an ABC client issue, stating that “any miner who is mining with ABC is affected. If they are mining with BU [Bitcoin Unlimited] they don’t have the issue.”

The glitch, in which the BCH blocks did include any transactions except the Coinbase transaction, has caused the mempool to fill up. In fact, Reddit users pointed out that the mempool grew 10MB during the two hours that the network processed zero transactions per block.

In response, ABC developers are reportedly deploying a patch to solve the issue. Reddit user Ferriesta Patronum, a developer with Bitcoin Verde, explained that “there was a small bug in the mempool-acceptance rules for after the HF [hard fork] for reference-client-derived nodes.” Though no coins were in danger, the bug highlighted “the need for a more distributed codebase,” the developer stressed.

Still, the incident has prompted users to ask why such a major bug wasn’t caught before the release. To which Griffith answered: “Unfortunately tests do not cover 100% of the possibilities as much as developers might try to account for everything. Sometimes things are missed.”

This story will be updated as new information comes in.

50% Crypto Crash in March Was a "Nuclear Bomb" With a Silver Lining: Investor
Markets

Bitcoin is on an Exponential Growth Trajectory, and the Pizza Day Proves It

Bitcoin is on an Exponential Growth Trajectory, and the Pizza Day Proves It

Ethereum Traders Are Extremely Bullish Despite Multiple Looming Storm Clouds
We and our partners use cookies on this site to improve our service, perform analytics, personalize advertising, measure advertising performance, and remember website preferences.Ok