Monero and Maker could be set for a minor pullback on the charts, before resuming their previous uptrend. Cosmos might break to the upside and post healthy gains, although a few more trading sessions would make Cosmos’ scenario clearer. 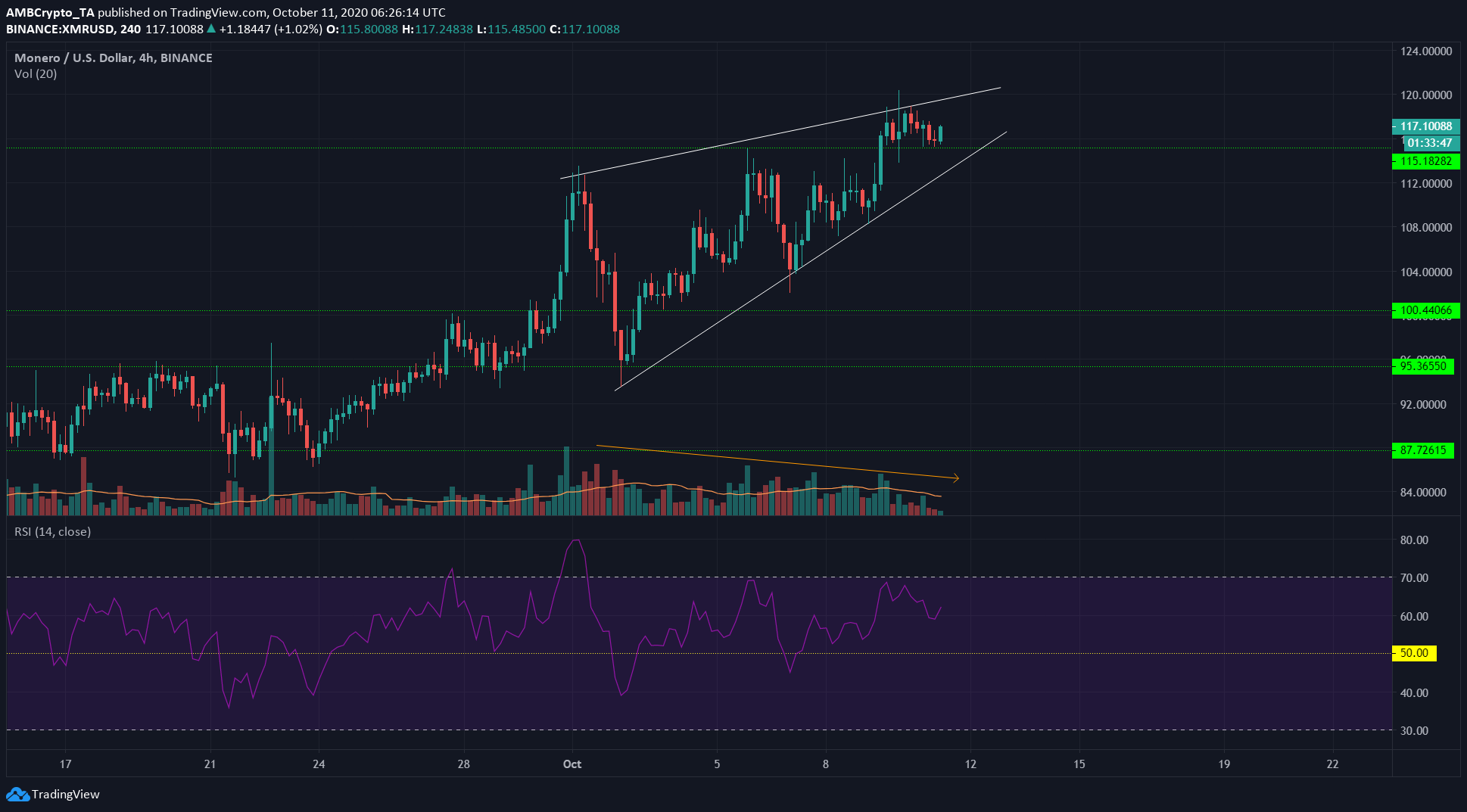 XMR was forming higher highs, while the momentum indicator (RSI) made lower highs. A rising wedge pattern (white) was also being formed, while the trading volume was also trending lower (orange).

Taken individually, a bearish divergence in a bull market nor a rising wedge could be evidence that could highlight the next possible move. However, taken together, it can be concluded that XMR might be forced towards $108 or lower in the next few days.

After a minor pullback, it is likely that XMR would resume its prior uptrend on the charts. 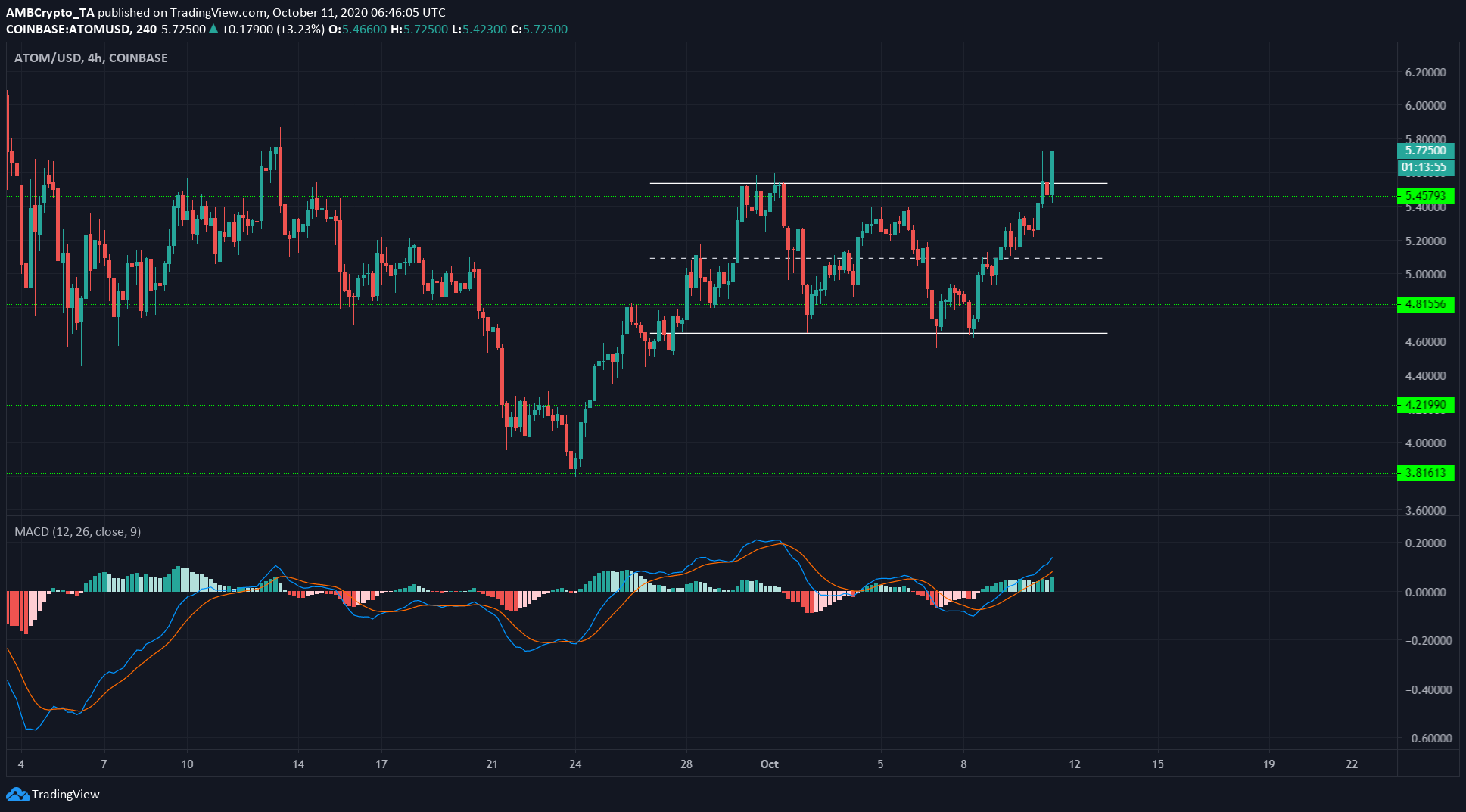 ATOM formed a rectangle pattern, and at press time, the price appeared to have broken out of the pattern. The trading session was yet to close, however, and a close above it could signal an imminent break to the upside.

Based on the width of the pattern formed, it was possible that ATOM might reach $6.3 in the next few trading sessions.

Further, the MACD also generated a buy signal. It formed a bullish crossover beneath zero, but had moved above the same mark, at press time, strengthening the buy signal it showed. 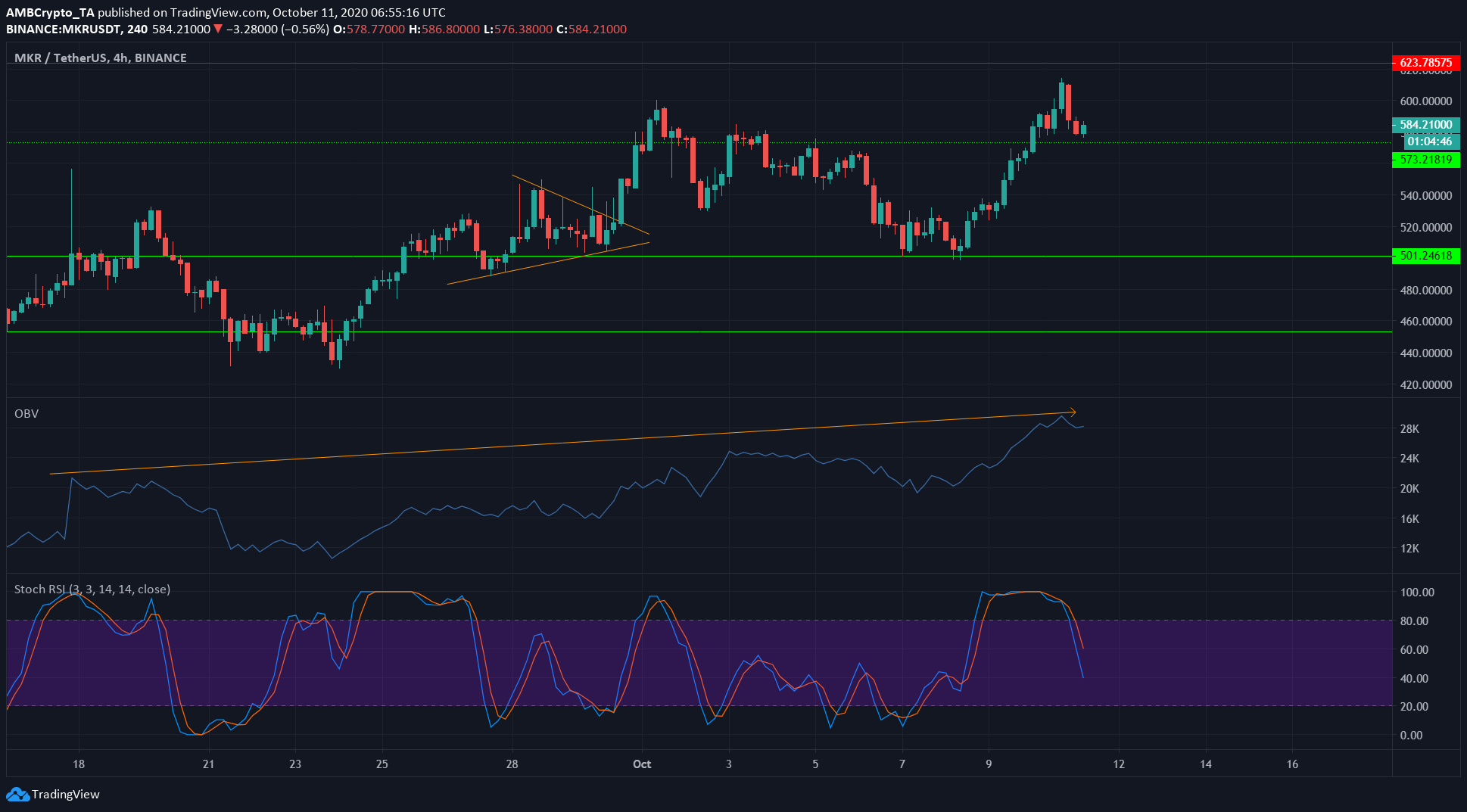 MKR’s market was dominated by the market’s bulls. Since dipping to $440, MKR has been gaining lost ground. However, the flip of the $500-level to support was also an important milestone.

The OBV highlighted that buying volume was steadily rising alongside the price, showing legitimate buyer interest behind the asset’s rise. The Stochastic RSI, which had been in the oversold region, was falling, at press time.

It was thus possible that MKR might suffer a minor pullback to $570 for support, before resuming its uptrend.