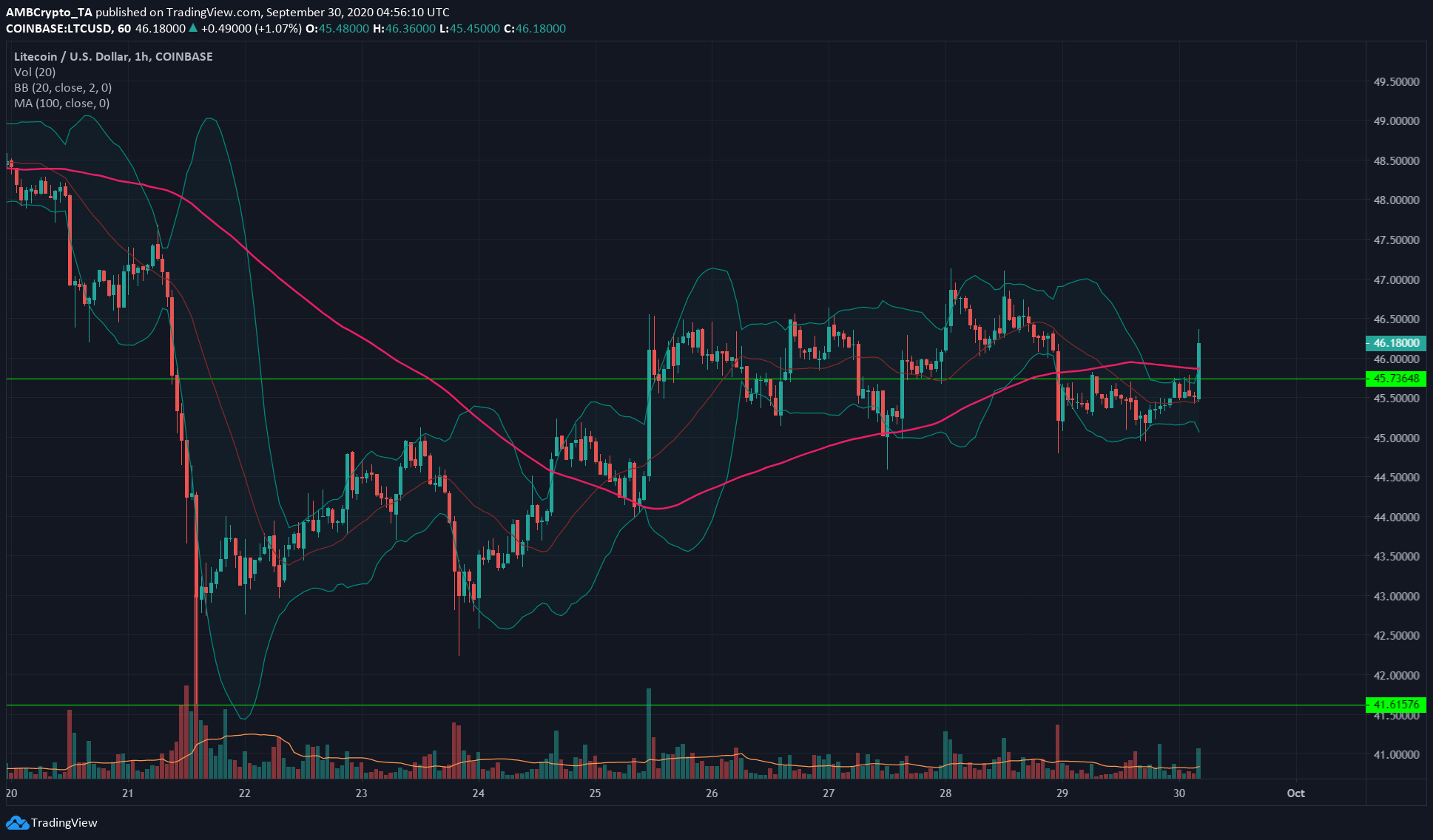 The Bollinger bands had contracted around the price for a few hours before LTC broke out of the squeeze to the upper side and beyond resistance at $45.7. At the time of writing, Bollinger bands were expanding as price traded above resistance, and this trend could continue for a few more trading sessions with price making higher highs.

The recent break out happened on above-average trading volume, indicating the authenticity of the price rise. The next level of resistance lies at $48. The 100 SMA (pink) as well as the $46 level can be expected to act as support levels for Litecoin.

In other news, Emirex announced an LTC/USDT pairing, with LTC/BTC previously available on the platform. 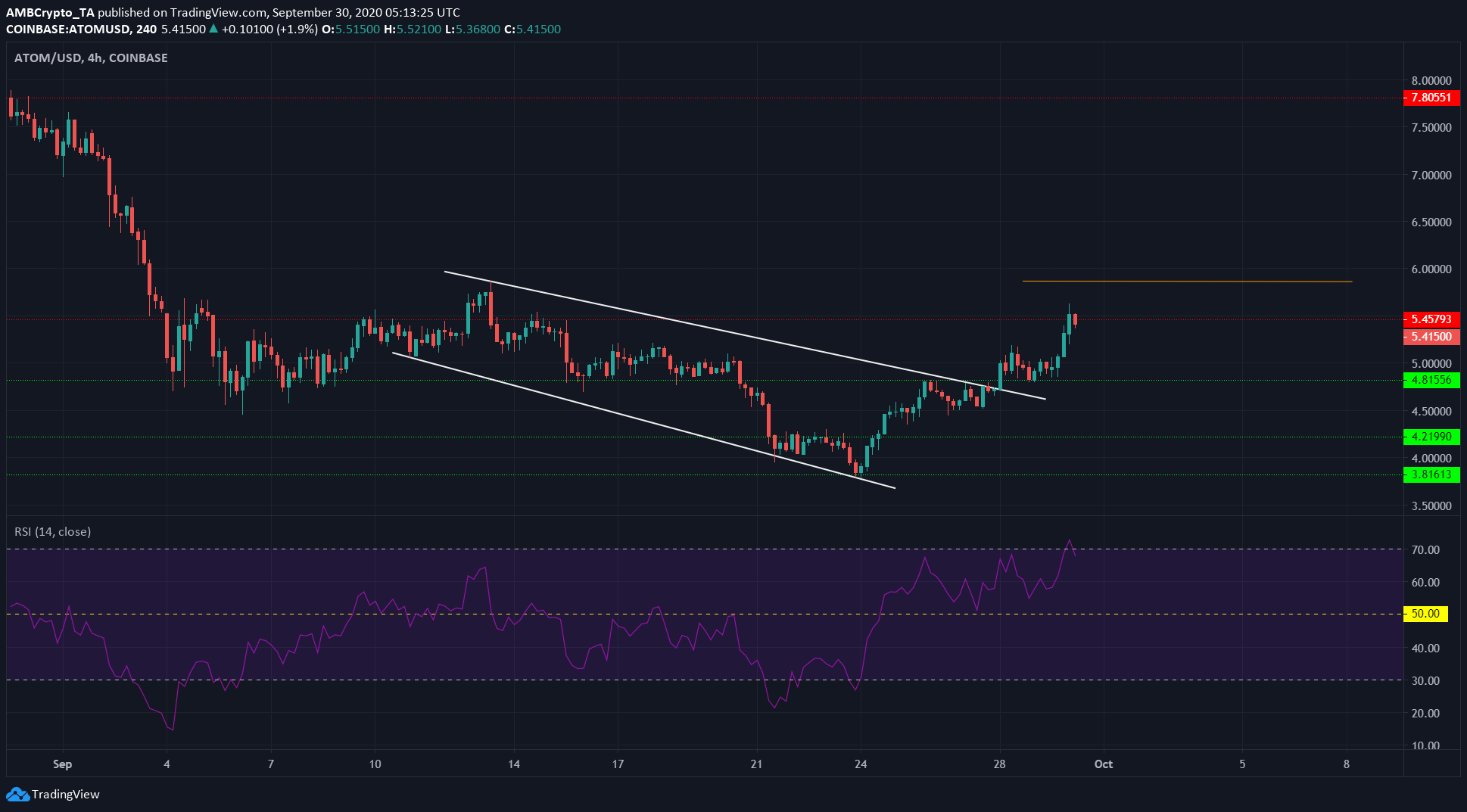 ATOM broke out of a descending broadening wedge pattern, highlighted in white. This is a bullish reversal pattern that generally if validated, sees price reverse from a downtrend to reach the level the pattern began making lower highs at.

This projected a target of $5.8 for ATOM in the coming days. There was a level of resistance at $5.45, for ATOM to ascend past.

RSI was bullish, with a value of 69 and bordering on the oversold territory. It was likely for the asset to see some consolidation at $5.45 level before another leg up.

In other news, Coinbase introduced staking rewards for Cosmos. 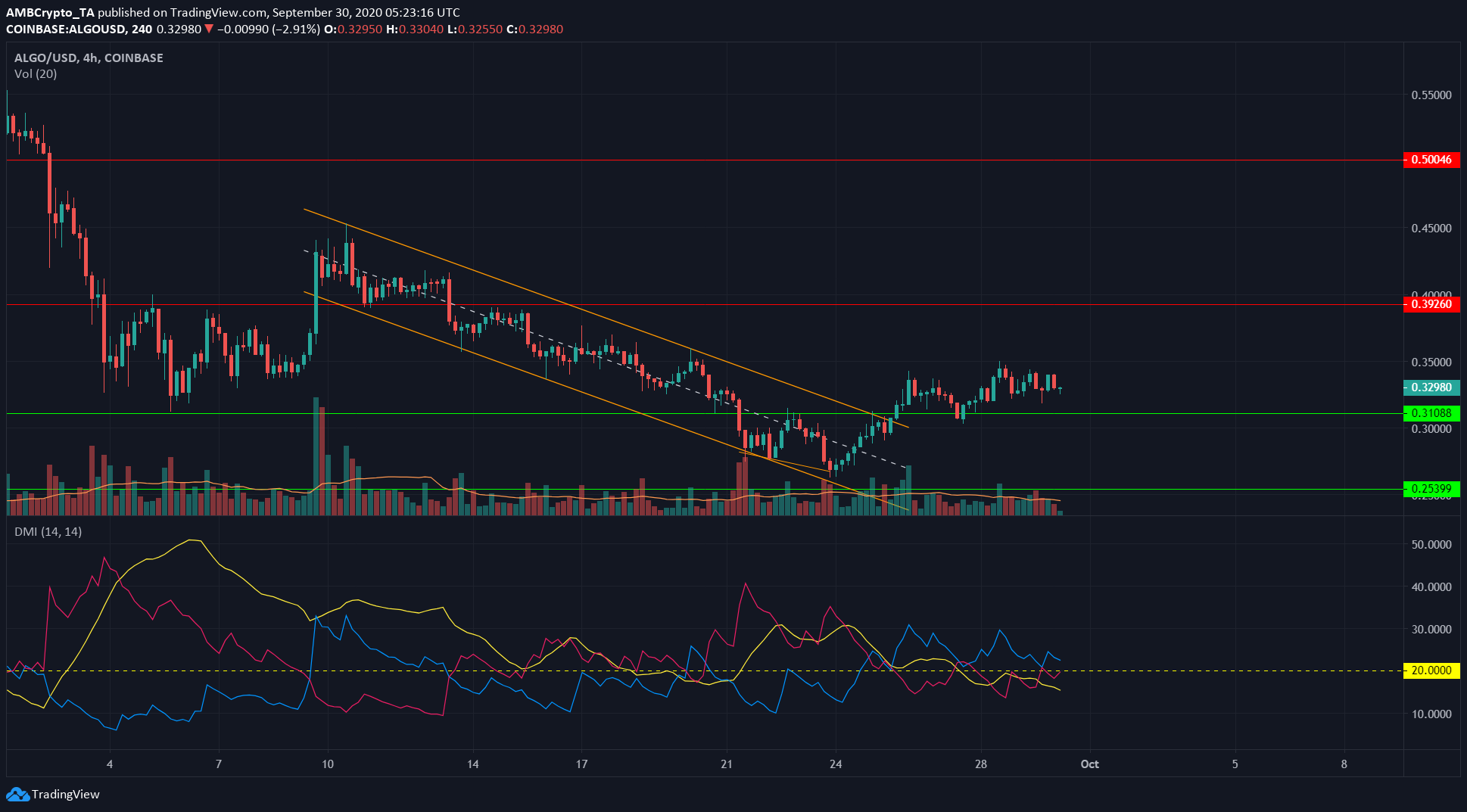 Algorand broke out of the descending channel with above-average trading volume. However, since reclaiming the level of $0.31, the price nor the volume saw any move out of the ordinary.

Directional Movement Index also agreed, showing an ADX (yellow) of well below 20, showing the lack of a strong trend.

It was likely that ALGO either dipped toward support at $0.31 or stayed at around $0.32 in a period of consolidation before its next move in the market.

The IBMR launched what is claimed to be the “world’s first microequity” exchange- MESE.io which runs on the Algorand blockchain protocol.