Ethereum noted a solidly bullish outlook on both its short and long-term charts and might target $800, if it climbs past $750. Cosmos registered increasing buying volume behind its ascent past the $4.8-level, but it remains to be seen if the market’s bulls can drive the prices higher to overwhelm the bears’ longer-term strength. Finally, Nano climbed above its $1-level of support. 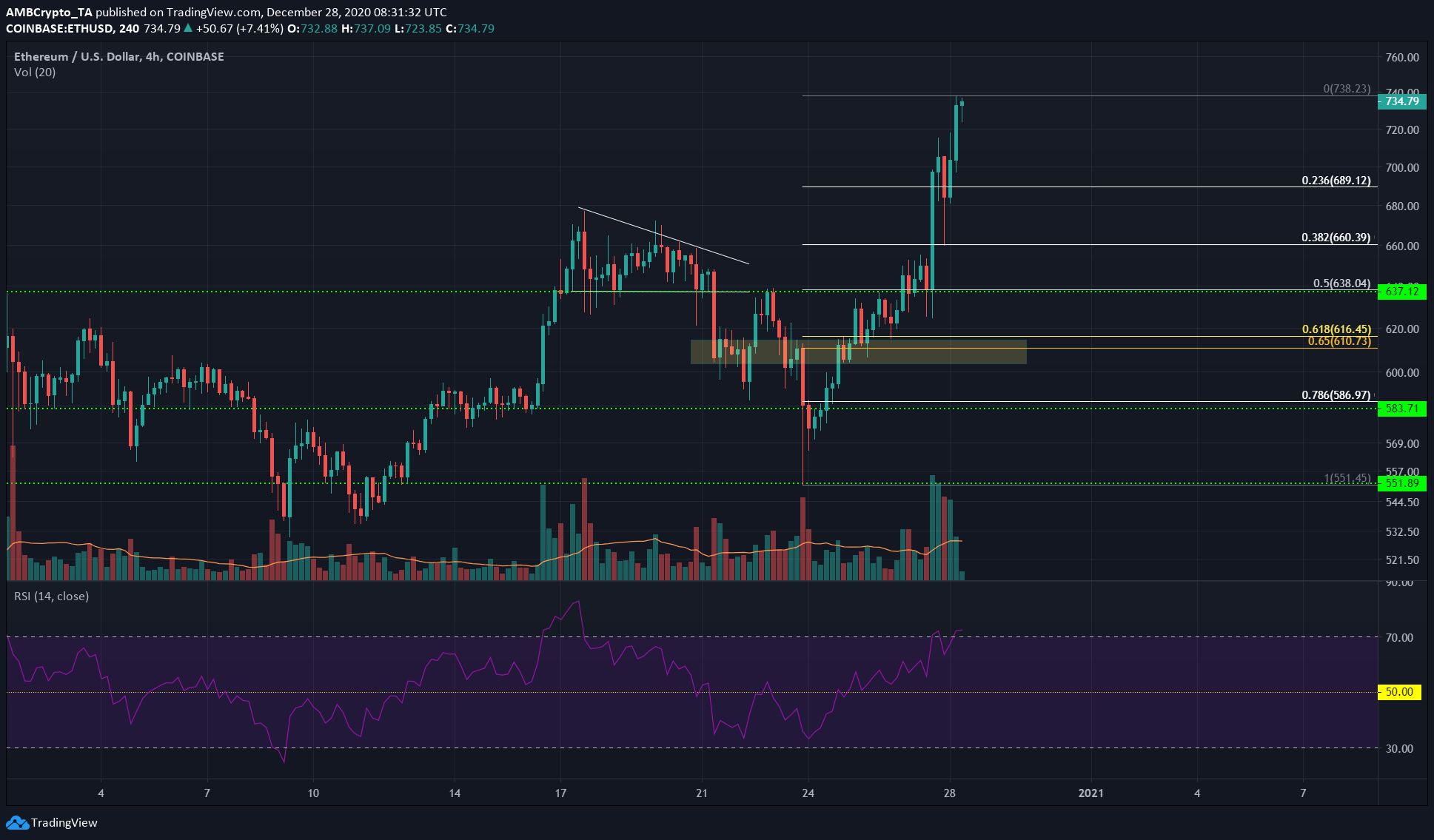 Using the Fibonacci retracement tools, it was observed that the 50% retracement level and the 38.2% retracement level for ETH’s move from $551 to $738 lined up almost perfectly with previous levels of resistance and support. This highlighted the validity of the swing high and the low chosen.

The RSI climbed into the overbought territory, but the extraordinary trading volume of the few hours before press time highlighted buyer conviction and pointed to further upside for ETH. 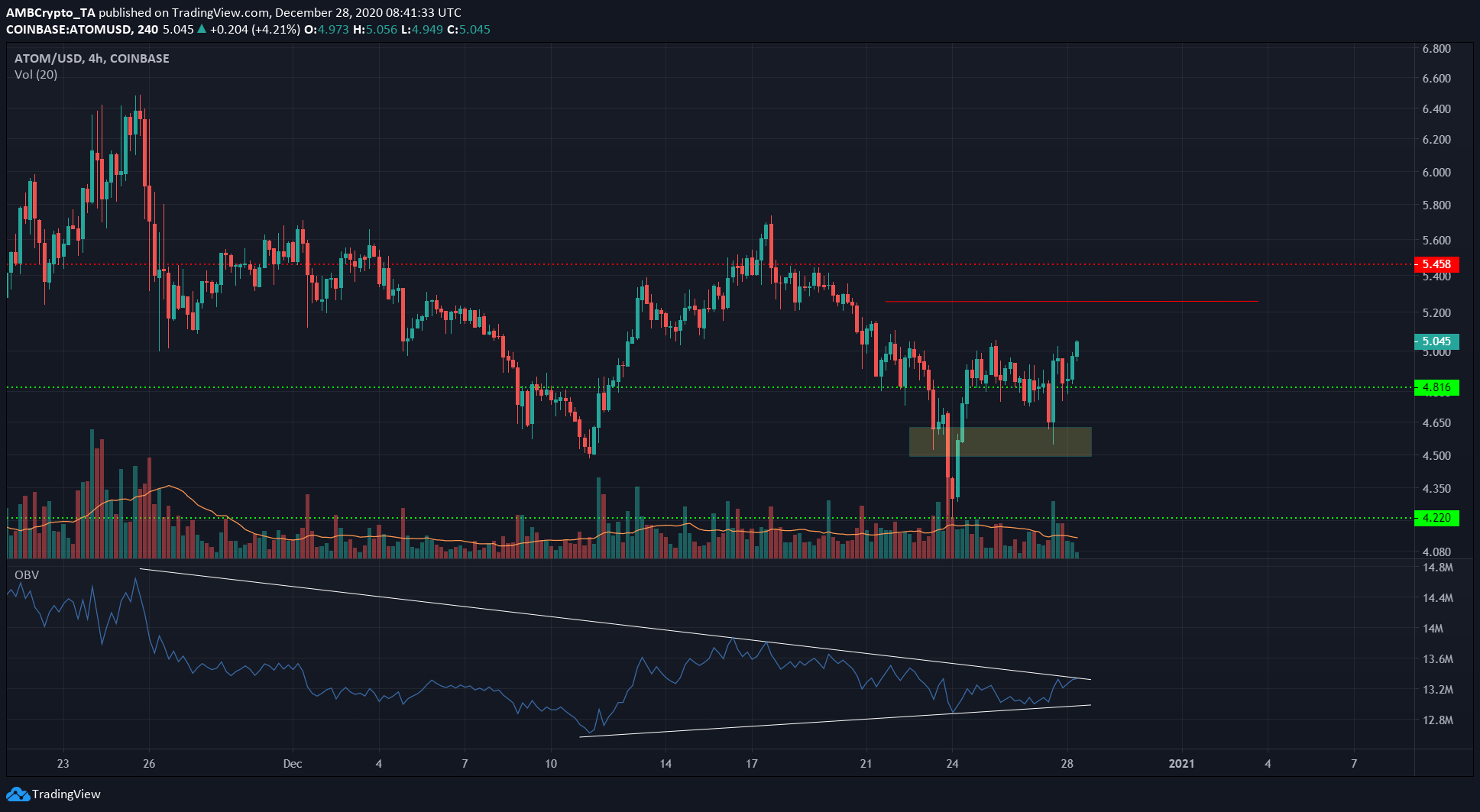 The OBV showed that the past two weeks saw rising buying volume and yet, since late-November, the bears have been the dominant force in the market, a fact reflected both in price and on the OBV indicator.

A breakout on the OBV would be bullish and should be accompanied by rising prices as well. A flip of the $5.45-level of resistance to support would underline ATOM’s move towards the $6-region. 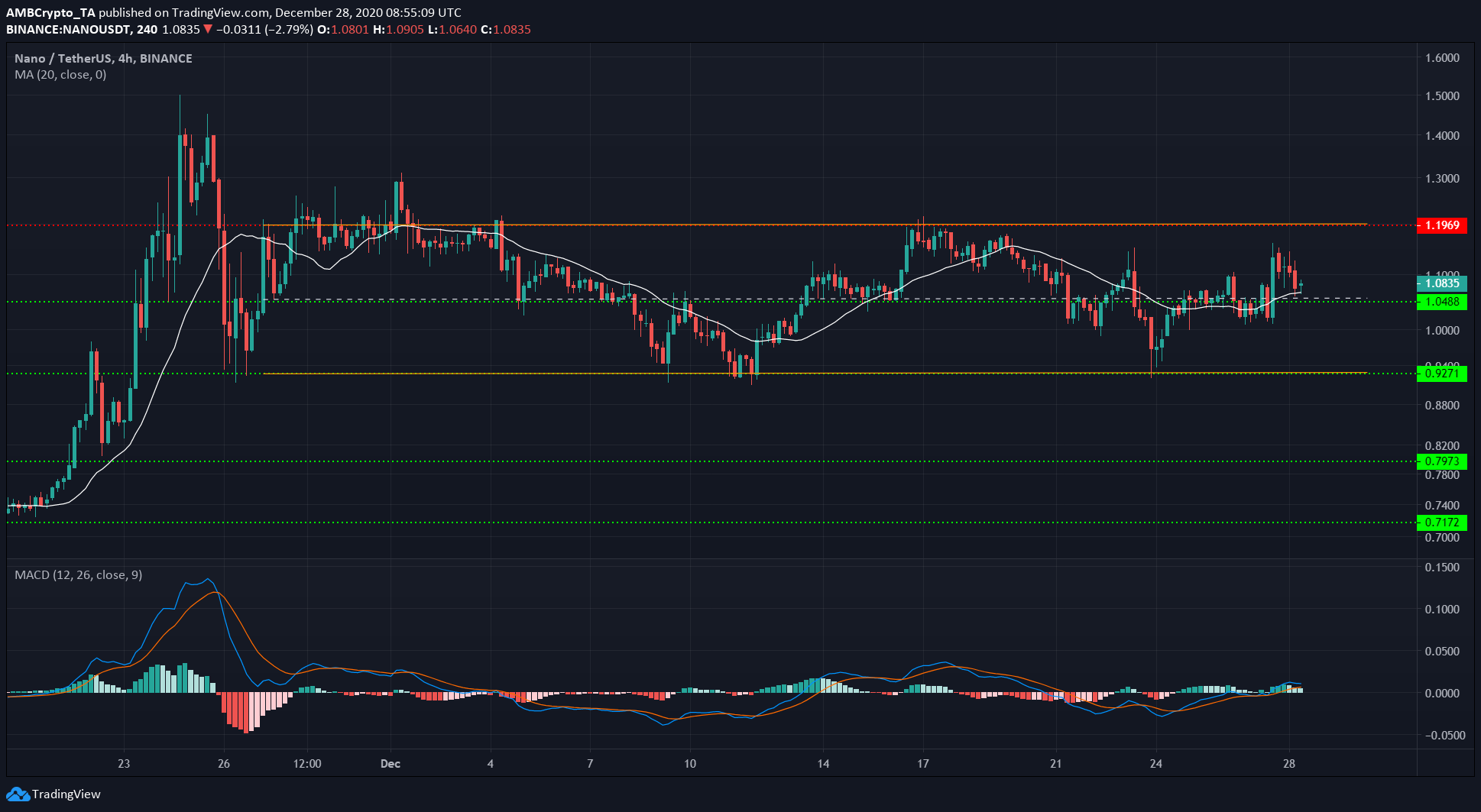 For NANO, the range with boundaries at $0.91 and $1.19, highlighted in orange, is a range it has traded within for the past four weeks. The 20 SMA (white) showed that short-term momentum swayed the price to either side of the $1-support level, a level that was also the mid-point of the range.

The MACD highlighted neutral to weak bullish momentum in the short-term, one compounded by the price being above the mid-point. A retest and bounce towards $1.19 seemed likely in the coming days.

A close below $1 would suggest a move towards $0.91 for NANO, while a close outside the range would signal a strong move in that direction for the digital asset.

Ripple & XRP Could Benefit from a Biden Administration – Analyst

Hive Blockchain ramps up hardware inventory
We and our partners use cookies on this site to improve our service, perform analytics, personalize advertising, measure advertising performance, and remember website preferences.Ok