EOS, like many altcoins, saw a considerable surge yesterday following in bitcoin’s footsteps. This copy-surge must come to an end and soon it will, especially considering how both EOS and BTC’s price is developing right now.

Overall, the short-term scenario for EOS looks bearish and this is not the right time to FOMO-in on either of the coins. 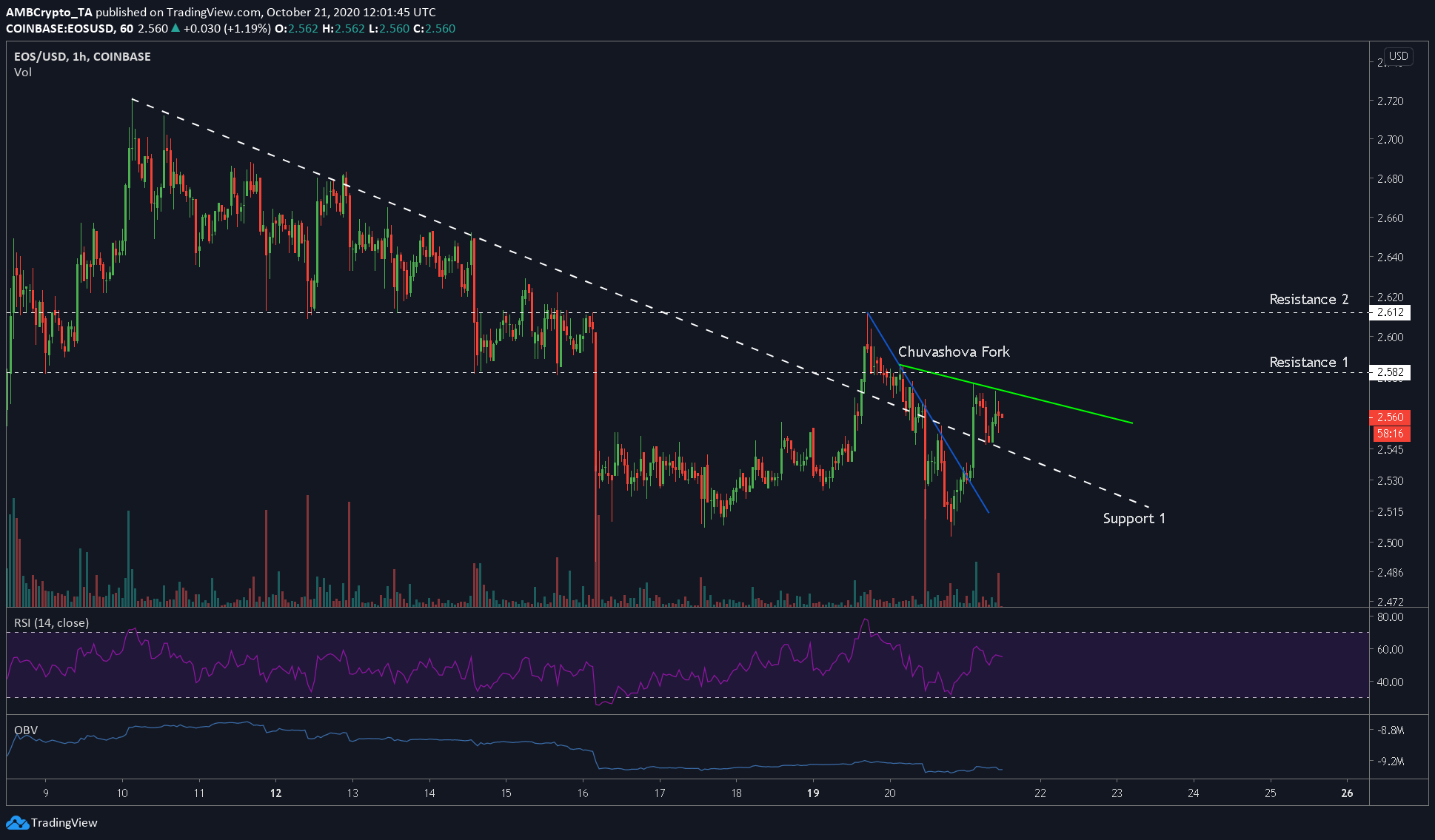 The chart attached shows EOS’s price contending the Chuvashova fork. At press time, the price has managed to breach the blue-line, however, the green-line seems to be standing in EOS’s way.

Going ahead, we can expect EOS to head lower, much similar to what BTC will experience soon. However, opening a short position isn’t a good idea just yet.

There are multiple factors at play here, which will decide where EOS will go.

The rationale for why the price will head down are two:

The first is seen in the indicators RSI and OBV. RSI indicates a lower high and a trudge towards the neutral zone, whereas, the OBV indicator shows low volume even as the price tried to breach the green-line.

Since these two indicators do not support the current price rise, we can expect EOS to head lower.

The second reason why it will head down is due to BTC. Since the surge was due to BTC’s influence on EOS, the downfall will also be due to BTC. On a one-hour timeframe for Bitcoin, the price and RSI have formed a bearish divergence. We can conclude that the buyers’ momentum is lacking and hence an eventual drop to $12,100 can be expected soon. This will affect EOS and push its price down as well.

All-in-all, we expect EOS to head down on a shorter time frame, and perhaps looking at the sentiment and the metrics then, long it. At press time, however, the risk-to-reward ratio isn’t justifying for a short. Further, there aren’t enough bullish indicators to open a long as well.