Chainlink has suffered as many altcoins have. In fact, LINK marines seemed to be scrambling as the cryptocurrency’s price trotted around the $12-mark, with more dips expected. The market cap of LINK had shrunk from $6.3 billion a week ago to $4.5 billion, as of writing.

The 24-hour price change didn’t point to a sign of hope and neither did the 7-day change, the latter of which was – 27%. While this bearishness is connected with Bitcoin’s drop, we’ll have to wait until after the drop is over to expect any sign of major bullishness in the market. 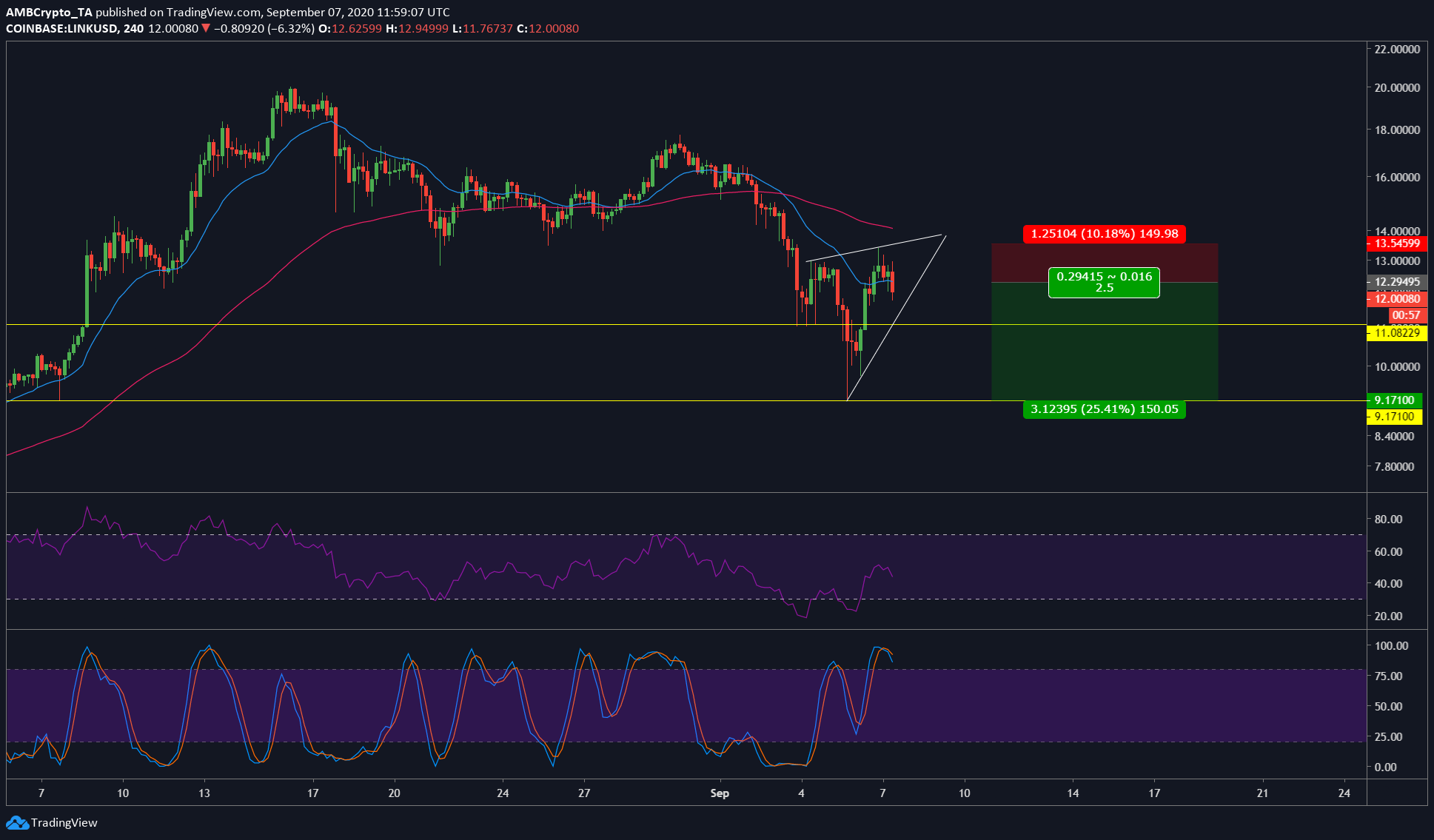 Although too early to say so, LINK’s price was forming a rising wedge, which is a bearish pattern. Additionally, the price had broken below the 20-MA [blue], indicating further bearishness. A drop from here could mean that LINK’s price will depreciate 10-25%. Taking the opportunity of Bitcoin’s dump, we can short LINK at the 20 DMA [$12.29] and take profits at two levels – $11.08 [which is a 9-10% drop from the entry] and $9.17, which is a 25% drop from the same point. The stop-loss can be set at $13.5 or a little higher to yield an approximate R of 2.5.

Further supporting this short theory are the indicators – RSI and Stochastic RSI. The RSI had just departed from the neutral zone aka 50-level and was headed south towards the oversold zone, at press time. This would mean that the price was heading down, hence, the RSI’s indication.

The Stochastic RSI was way above the overbought zone. However, the formation of a bearish crossover was already being seen, a sign of the incoming drop.

With Bitcoin waddling around the $10,000-level, it is bound to break at some point, as this would cause a massive sell-off. During times like these, restraint and caution should be exercised to prevent losses, especially during such a volatile period.

Ethereum short-term Price Analysis: 18 September
We and our partners use cookies on this site to improve our service, perform analytics, personalize advertising, measure advertising performance, and remember website preferences.Ok