Bitcoin Dominance dropped from 66.5 to 64.6 at press time. A falling BTC dominance combined with many large and medium-cap crypto-assets posting good gains suggested that the altcoin market could be headed further upward. Cardano was in the overbought territory and possibly due for a minor pullback, while Tezos and Basic Attention Token approached important levels of resistance with strong bullish momentum as well. 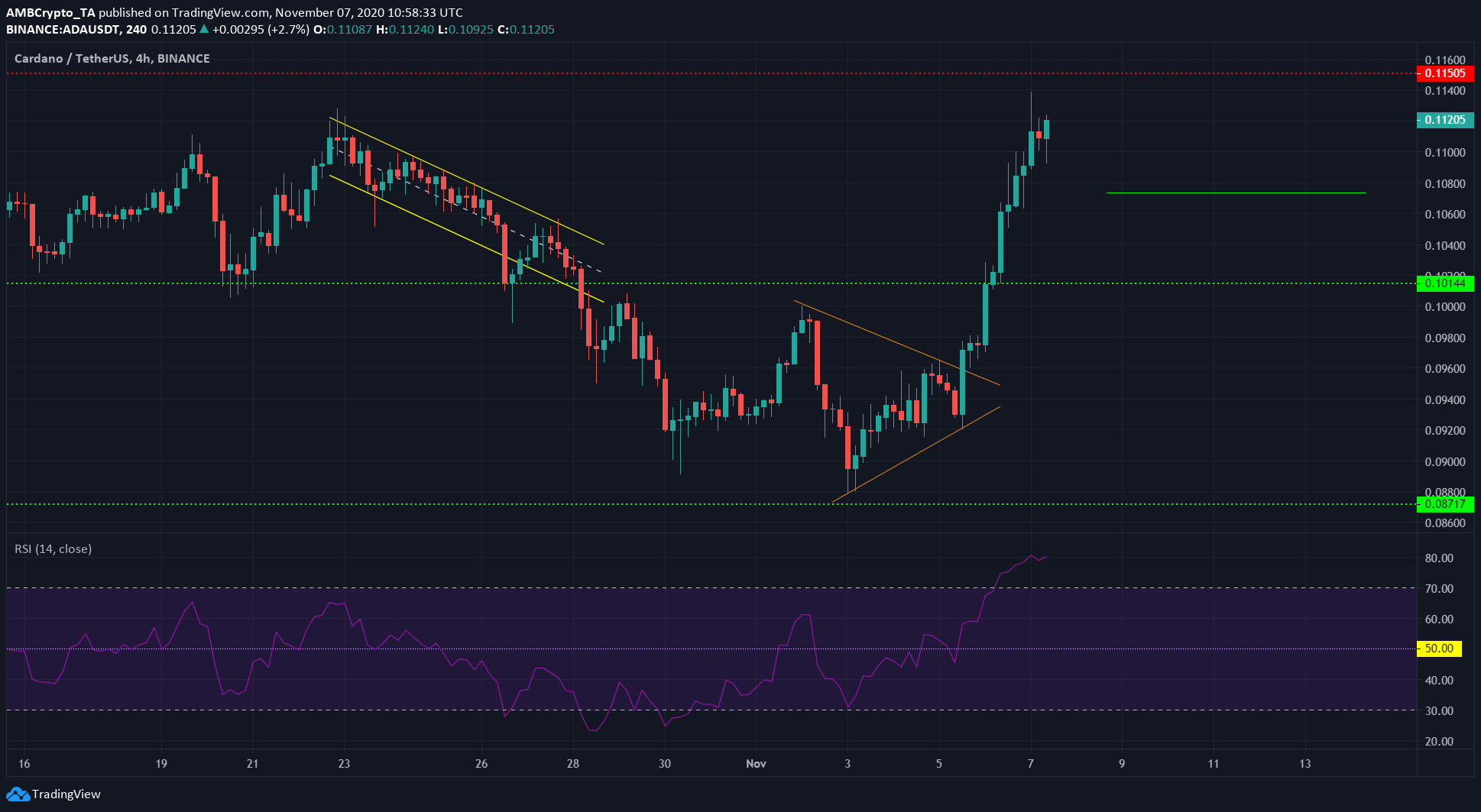 Cardano formed a symmetrical triangle (orange) and broke out to the upside. This pattern does not presage a continuation of the prior trend but rather signals an imminent breakout toward either direction.

After a breakout to the upside of the pattern, combined with the flip of $0.101 level from resistance to support, ADA’s outlook was far more bullish than it had been the previous week.

Then, it was languishing under a bearish trend that had begun in mid-October. The trend appeared highly likely to continue upward over the next few days.

A pullback to $0.107 level was to be expected as the RSI extended well into overbought conditions.

IOHK tweeted that the Shelley testnet was about to enter a new epoch of decentralization as the stake pool community was scheduled to take over a majority (52%) of all block production. 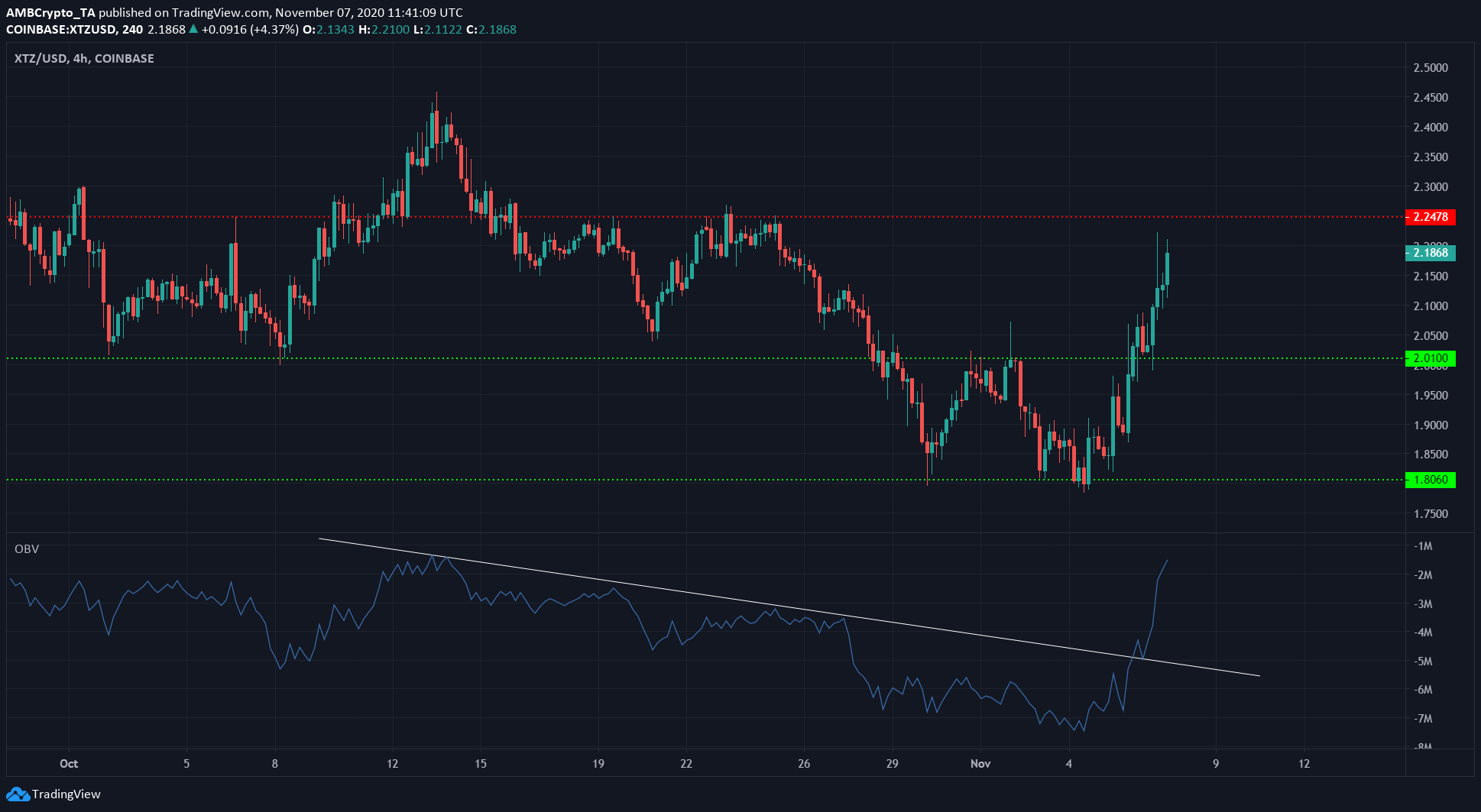 $2 support was eventually exhausted after holding out against multiple bearish waves over the previous month. But XTZ bounced from $1.8 to $2.2 in the wake of strong positive momentum in the altcoin sphere.

The level may be called to serve as support once more, but it has the region at $2.1 above it to serve as a demand zone. 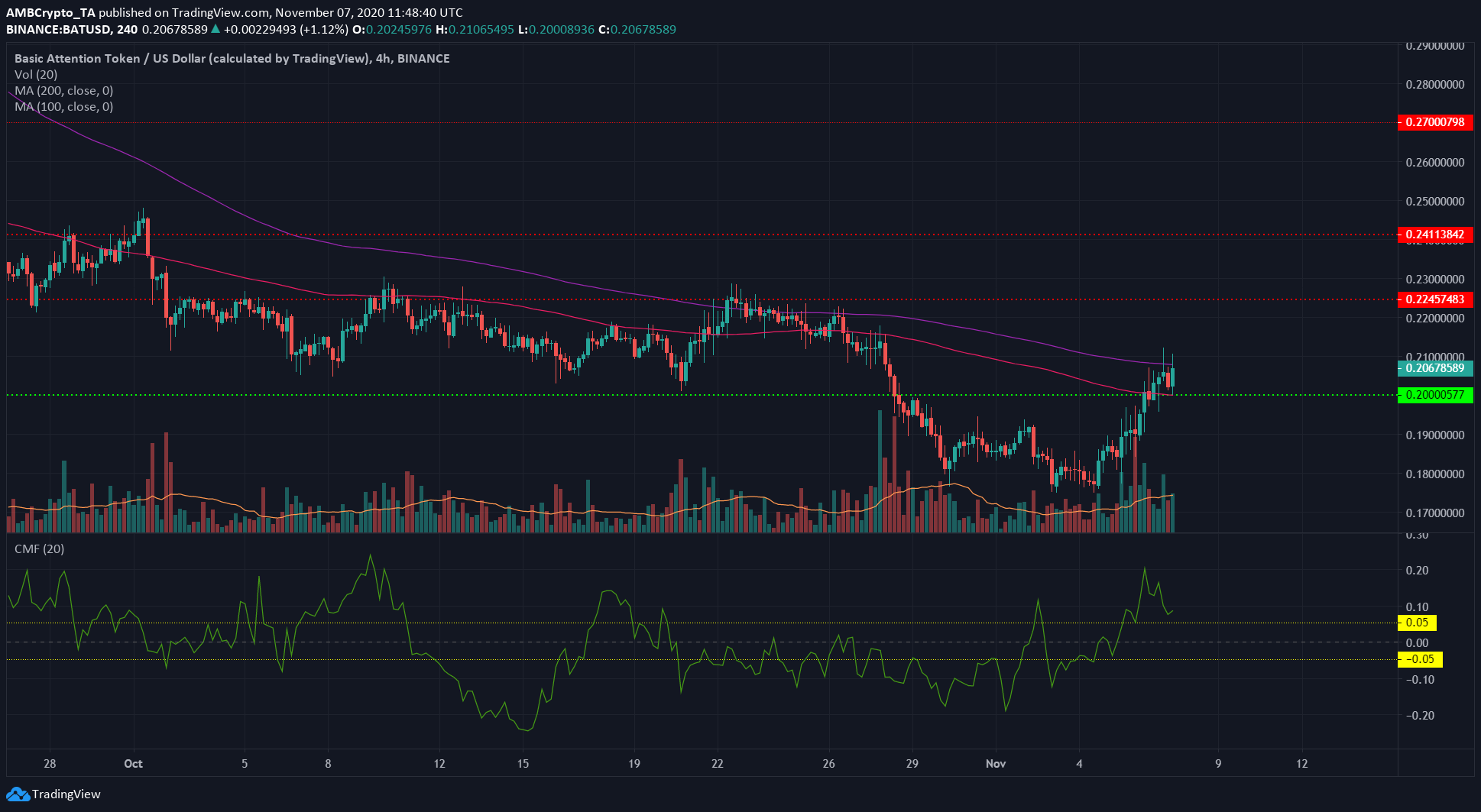 BAT climbed past resistance at $0.2  on above-average trading volume. However, the 200 SMA (purple) posed further resistance while 100 SMA (pink) appeared to have been flipped to support.

The CMF showed that buyers were dominant in the markets.

A close above the 200 period moving average could see BAT push onward to the next level of interest at $0.224.

How to Use DeFi Crypto Exchange Uniswap: A Beginner's Guide

Ethereum Likely Set Its Local Low for the Year as Buyers Defend $500
We and our partners use cookies on this site to improve our service, perform analytics, personalize advertising, measure advertising performance, and remember website preferences.Ok