The Crypto Fear and Greed Index was noting a reading of 75, at press time, as extremely greedy sentiment gripped the market after Bitcoin defended the $13,000-level successfully.

As for the altcoin market, Cardano was moving within a descending channel in the short-term, while a longer-term analysis showed that it had some more upside potential, before dropping towards the support level at $0.095. Further, Ontology appeared to form a bullish reversal pattern, but the price invalidated the setup. Finally, Dash posted gains and was experiencing a pullback to retest a level of support. 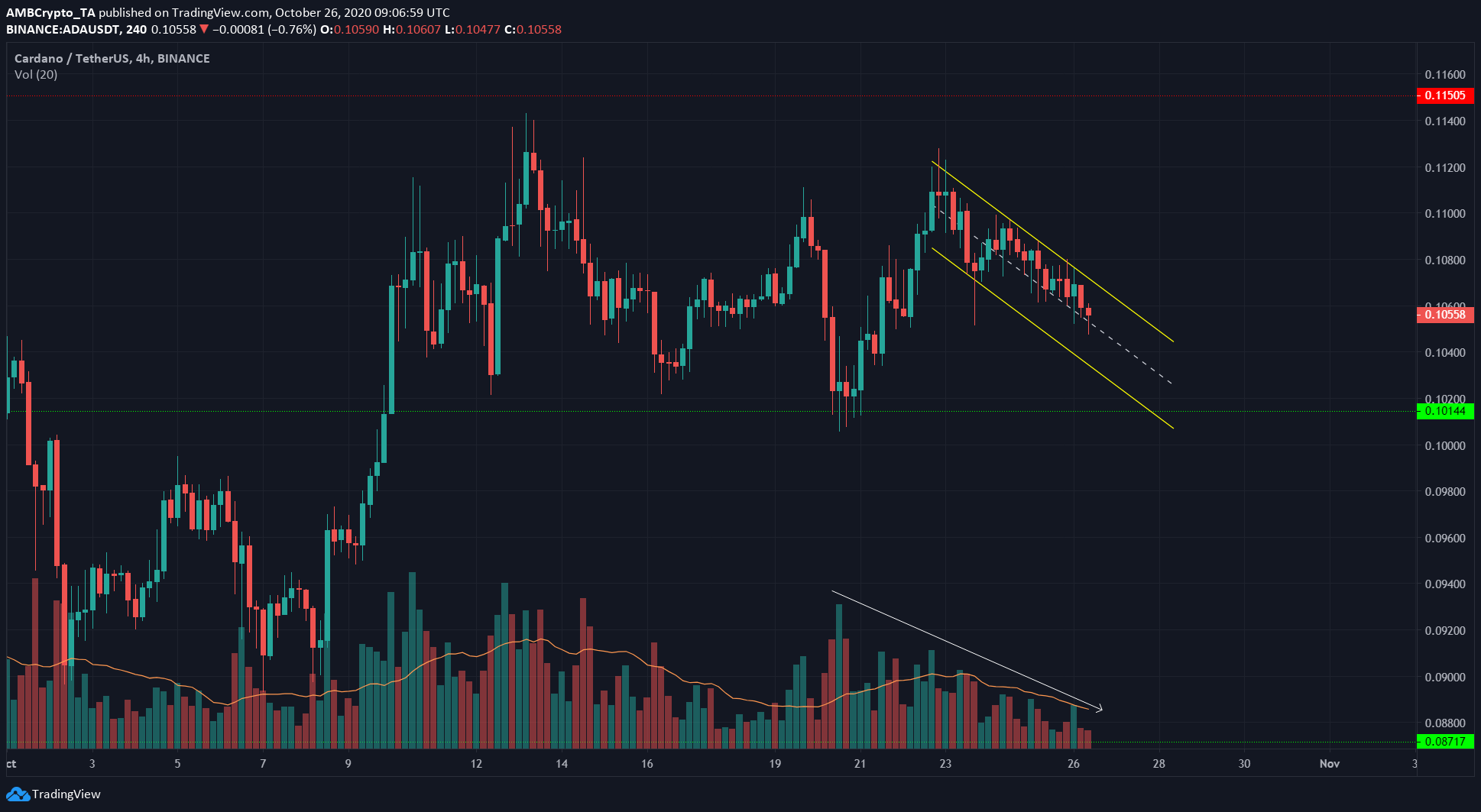 ADA was moving within a descending channel (yellow), with the cryptocurrency trading at $0.105 with a level of support at $0.101. Its price can close outside the descending channel and see a break to the upside, with Cardano likely to be poised to behave in such a manner.

Further, the volume has been trending lower over the past few days, a finding that suggests that the descending channel is only a temporary period of loss for the crypto-asset. It appeared likely that the region at $0.101 could see heavy trading and the price might surge upwards once more.

In related news, Charles Hoskinson recently addressed the issue of Wikipedia censoring Cardano. He pointed out that there are “over 75 academic papers that are related to Cardano,” making the project very “credible.” 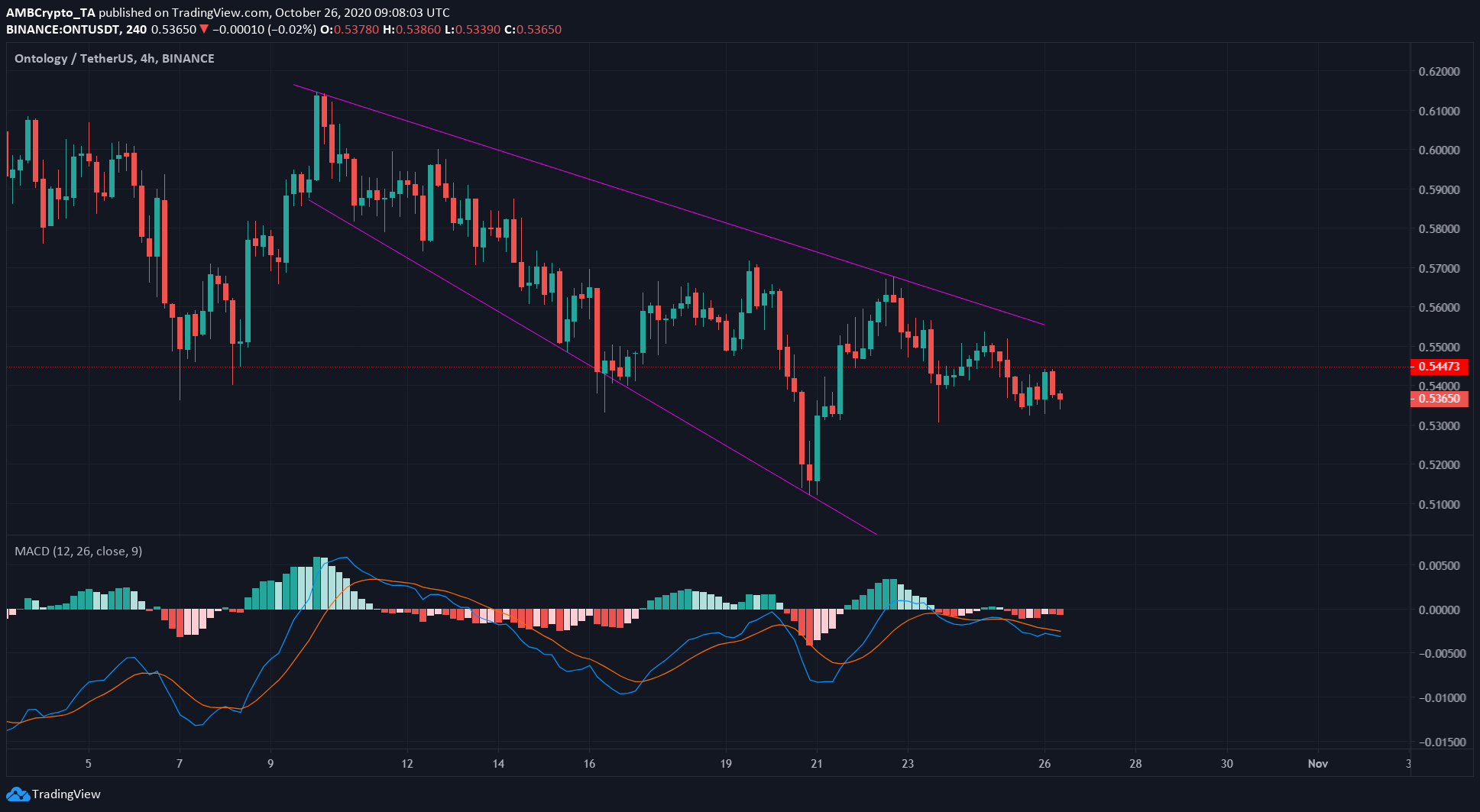 The falling broadening wedge (purple) was likely to have been invalidated. This bullish reversal pattern did not play out in this case and furthermore, the cryptocurrency’s price dipped under its resistance at $0.54.

Further, the MACD highlighted that there was no let-up in bearishness in the crypto-asset’s market. ONT dropped under and retested the $0.54 level, a sign that suggested further losses were likely.

$0.51 could be a level to watch out for as the price has found support on the charts and reversed off this level. 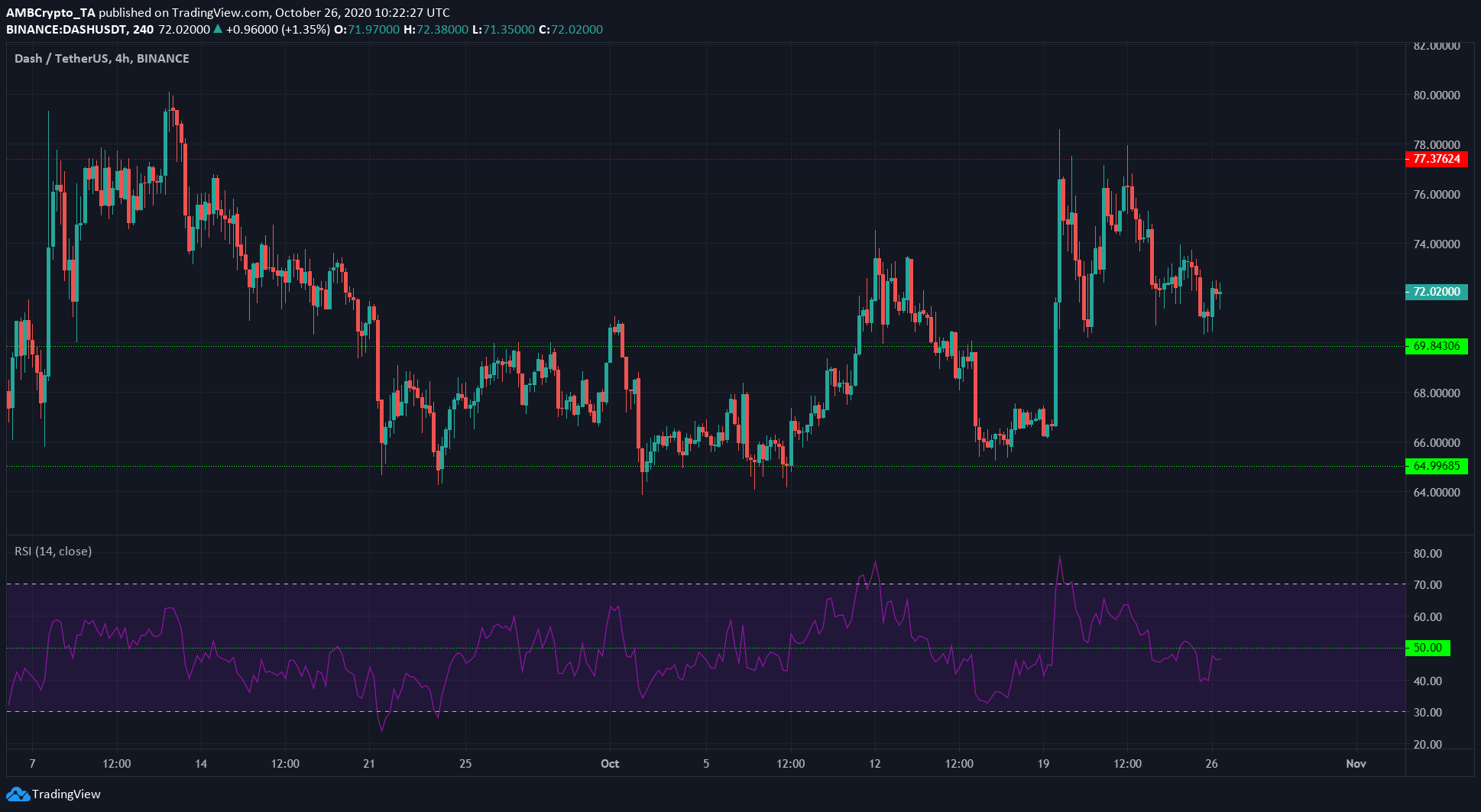 DASH was trending south since early August and got as far south as $65. At this level, the market’s bulls were able to repulse the bears multiple times, and the price stayed between $65 and $70 for the better part of a month.

In fact, just recently, the resistance level at $70 was conquered as DASH surged to $77.3. At press time, it was moving back towards $70 and the crypto might retest the support level, before heading north again.

New withdrawal contracts will enable Rocket Pool Eth2 staking service to launch
We and our partners use cookies on this site to improve our service, perform analytics, personalize advertising, measure advertising performance, and remember website preferences.Ok