Fueled by strong buying momentum all three altcoins Cardano, Monero and Ontology gave appreciable returns to their investors during the last 48 hours.

Monero was poised for a fresh ATH in its bullish run, while Cardano and Ontology witnessed positive uptrends helping the digital assets with price recovery.

According to the 4-hour chart, Cardano (ADA) gained 40% in the past week, maintaining its price recovery gains of September. At press time, it traded at $0.103

ADA breached the 23.6 % retracement level marked by the Fibonacci Retracement tool and further rose above its support level of $0.101

The digital asset is likely to be bullish if the buyers manage to take control of the $0.107 resistance level, over the coming days. The Aroon indicator signaled a highly bullish crossover, with the Aroon Up (Orange) rising above the Aroon Down (Blue).

Following this ADA might gain further bullish momentum if buyers are able to strongly hold prices above the $0.105 crucial pivot level, which also lies at the intersection of the trendline.

In other news SingularityNET, a decentralized platform for AI apps announced its plans to move a significant portion of its network from Ethereum to Cardano, citing speed and cost issues. 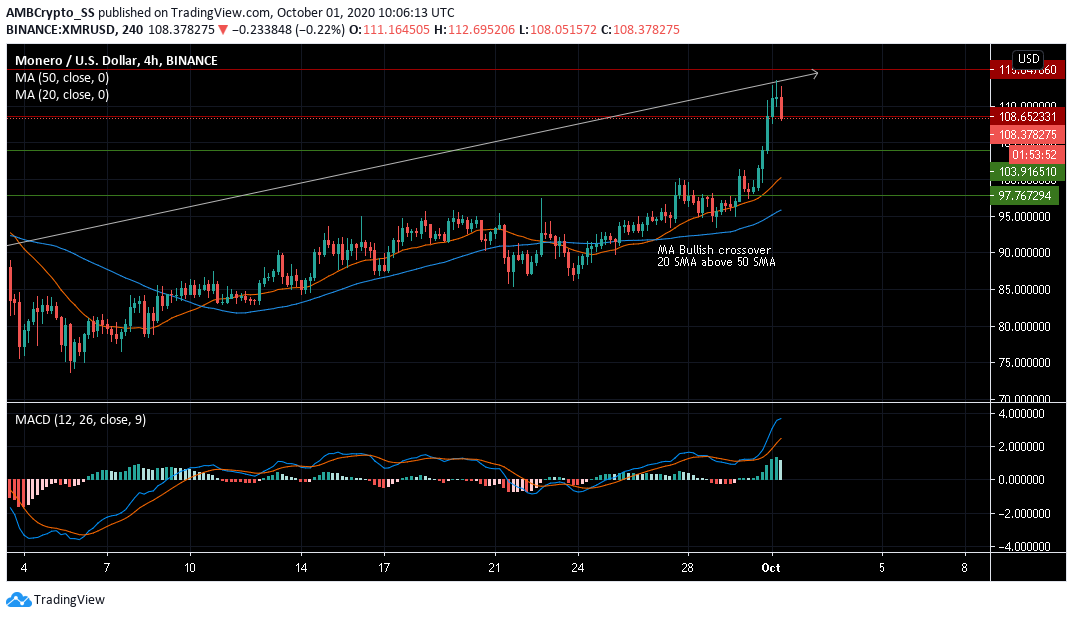 Monero’s bulls were seen flexing their strength since yesterday, pushing the digital asset towards the July 2019 high of $117.

The price after another uptick today fell back by almost the same margin, and at press time faced hurdles near the $115.04 resistance level. Monero’s technical indicators, however, were extremely bullish.

Yesterday the MACD signaled a bullish crossover, with the MACD line rising above the signal line. Further since the past week, the simple moving averages (SMA) continued to be bullish.

The 20 SMA was lying comfortably above the 50 SMA. The current retest of the immediate resistance level of $ 108, further could see the price aiming towards the $115 resistance level in the near term. 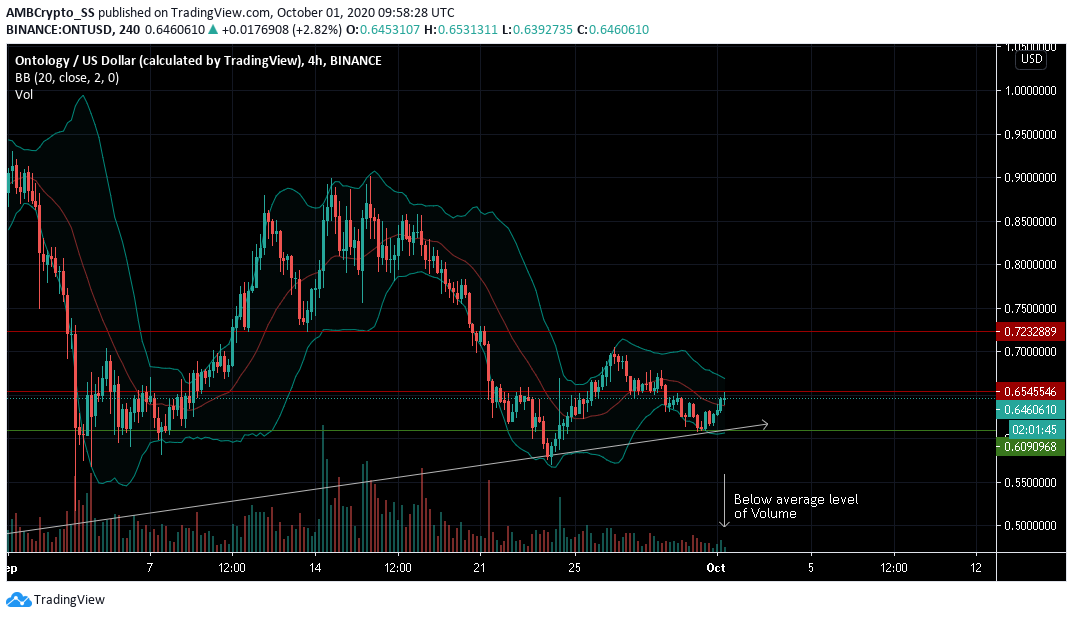 At the time of writing, Ontology was trading at $0.647 up by 5.5% compared to yesterday. A clear descending channel was visible till September end, which was indicative of an approaching bullish uptrend.

Wide Bollinger bands meant, volatility continued to remain high and prices were seen rising above the median band. Following through with the same, Ontology witnessed a significant price swing of 7% in the last 48 hours, as the digital asset moved above its immediate support level of $0.609.

Also, given the current level of low volumes, buyers will almost certainly not have enough liquidity and volume to compete with a sell-off, if a bearish trend were to suddenly unfold.

However having witnessed a technical bullish run, an upward price momentum for Ontology may not immediately die down until the next few days.

Binance Coin short-term Price Analysis: 26 November
We and our partners use cookies on this site to improve our service, perform analytics, personalize advertising, measure advertising performance, and remember website preferences.Ok