The bears seemed to have had a significant impact on the prices of altcoins today. Barring Bitcoin, most of the entire crypto market was once again painted in red. Bitcoin at press time was being traded at $13,491 with a 24-hour trading volume of $298 billion.

Both Bitcoin SV (BSV) and FTX Token were displaying a strong selling sentiment. BSV traded well below the short-term period moving averages and FTX Token dived below its support levels.

Bears in the Stellar Lumens (XLM) market were starting to gain more traction, however, at press time a minor price uptick was visible, as XLM prices aimed towards a key resistance level. 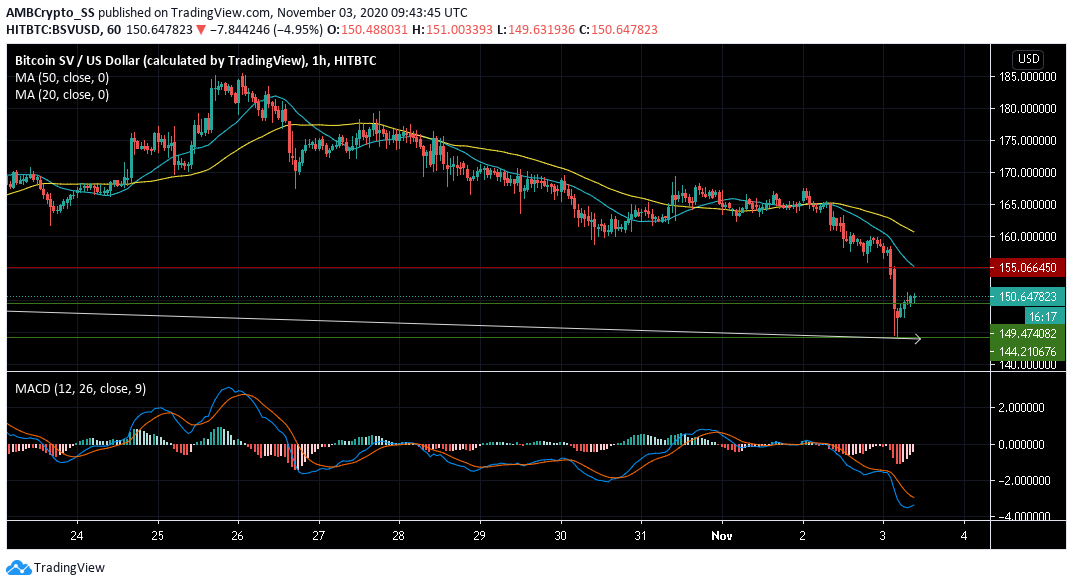 Bitcoin SV the 12th largest cryptocurrency fell under the crypto spotlight with a 7% decrease in price since Monday. The recent price correction pushed its prices further down at the $149.47 support level.

In fact, the major price dump led to a loss of stability below the $155.066 resistance level, well below its two moving averages.

In a clear bearish scenario, the 50 period SMA (yellow) was lying above the 20 SMA (cyan), indicating the bears were gaining selling momentum in the short-medium term period.

MACD too was highly bearish as both the MACD and signal lines dived below the zero level, indicating the possibility of another sell-off till the next support at $144.210 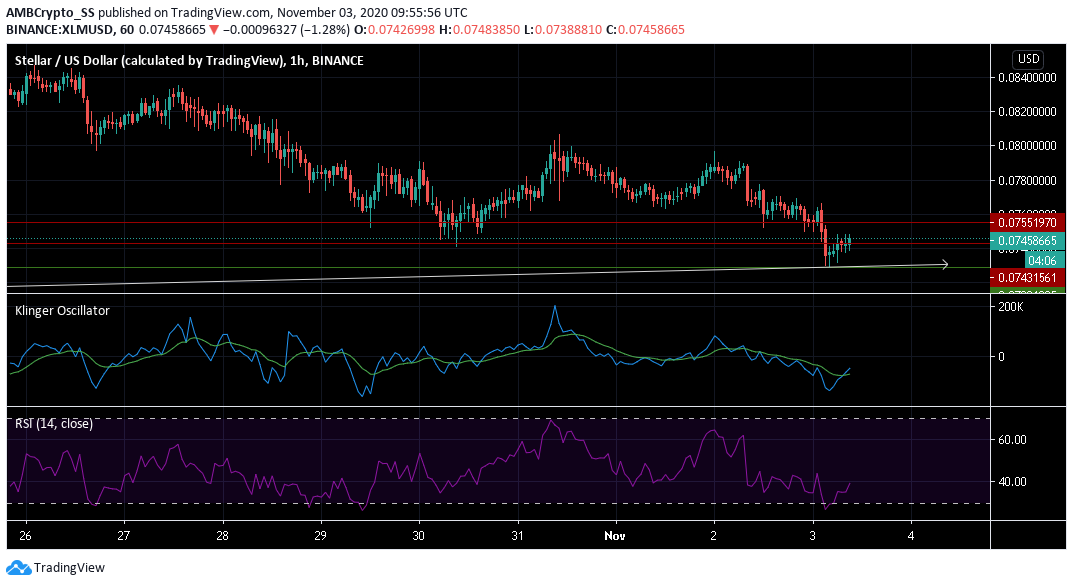 The Stellar Lumens market was also dwelling on the negative side as some bearish sentiment was witnessed. Down by almost 3% since yesterday the digital asset, at press time was trading at $0.074

The Klinger Oscillator underwent a bearish crossover although highlighted a visible but weak price recovery, coinciding with a price rise seen towards the $0.0743 resistance level, at press time.

The Relative Strength Index (RSI) was also seen rising above the oversold territory. However, the bearishness was far from over as the RSI marker was still below the 40 level. 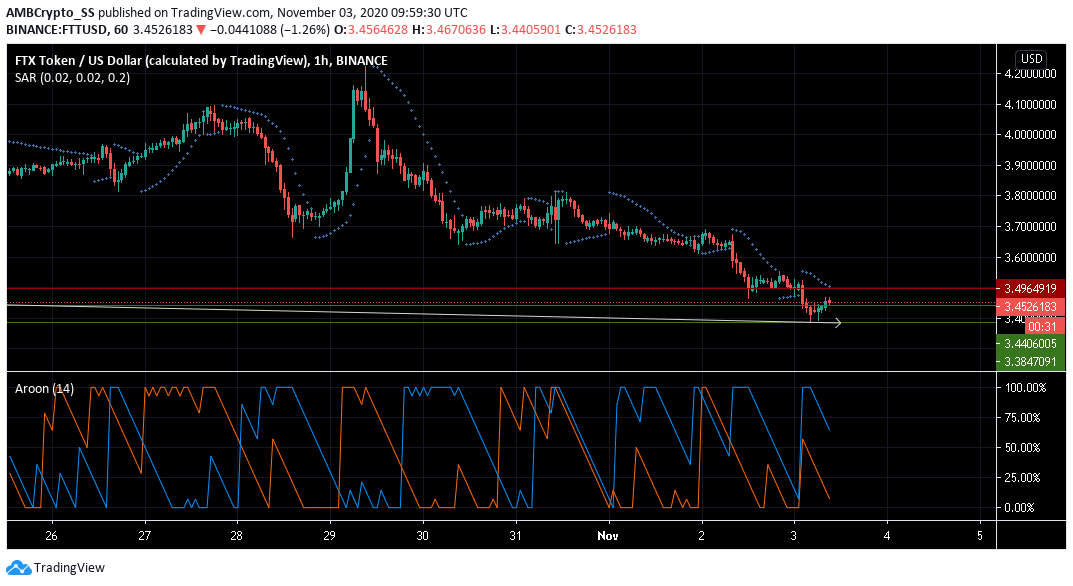 FTX Token endured a price dump by almost 2.5% over the last 24 hours. At the time of writing, the coin’s market cap was recorded to be $325 million.

The dotted lines of the Parabolic SAR above the price candles signaled a downtrend.

The Aroon Indicator too hinted towards a short-term bearishness, since the Aroon Up (orange) dived below the Aroon down (blue).

The high level of bearishness captured by the technical indicators of the digital asset meant a further downtrend towards the $3.384 level of support remained a likely scenario.

How to Use DeFi Crypto Exchange Uniswap: A Beginner's Guide

Ethereum Likely Set Its Local Low for the Year as Buyers Defend $500
We and our partners use cookies on this site to improve our service, perform analytics, personalize advertising, measure advertising performance, and remember website preferences.Ok