At the time of writing, Bitcoin Cash witnessed a rise in its selling pressure as the digital asset’s bearishness hinted towards a downward price action for the short-term period.

Dogecoin too, was bearish on its trading chart and could break into a horizontal price movement once again as the day progresses.

While the Tezos market was seen heading into the green zone, as it witnessed a trend reversal from bearish to bullish post a descending channel formation. 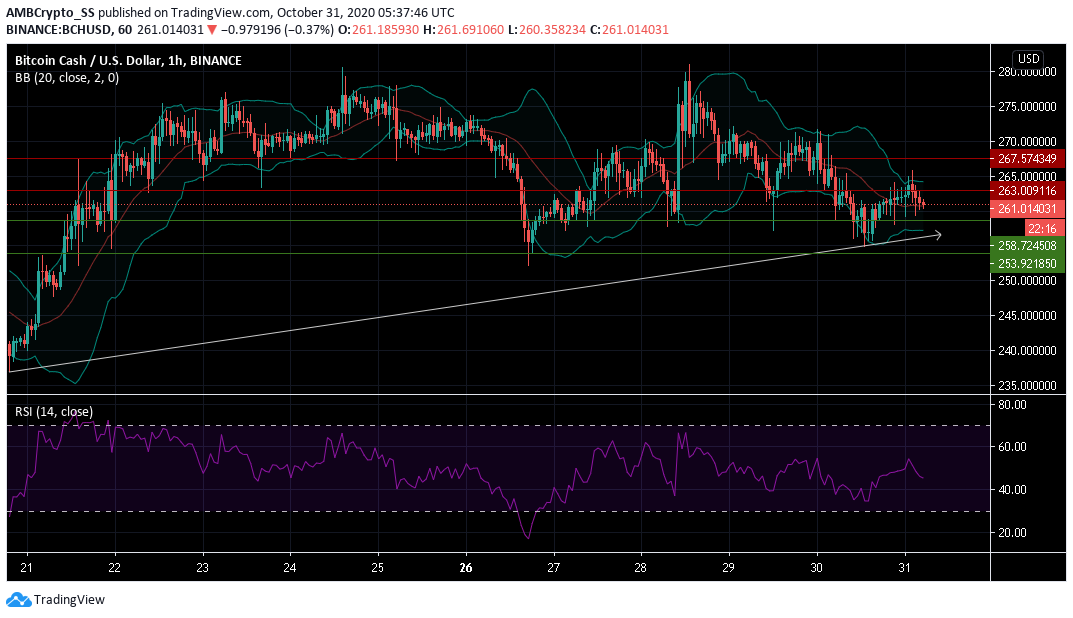 Bitcoin Cash at press time had moved above its support at $253.921 and further maintained a price level above the trendline. However, down by a percent, the digital asset opened in the red zone during the day’s trading session.

With a bearish sentiment observed in the BCH market since 28 October, the Relative Strength Index also underlined a rise in selling pressure, as it turned south towards the 40 level.

Looking at the Bollinger bands, the volatility levels have remained unchanged for a couple of trading sessions now. However, any increase in it, given the bearish scenario, was more likely to result in a downward price action towards the immediate support level. 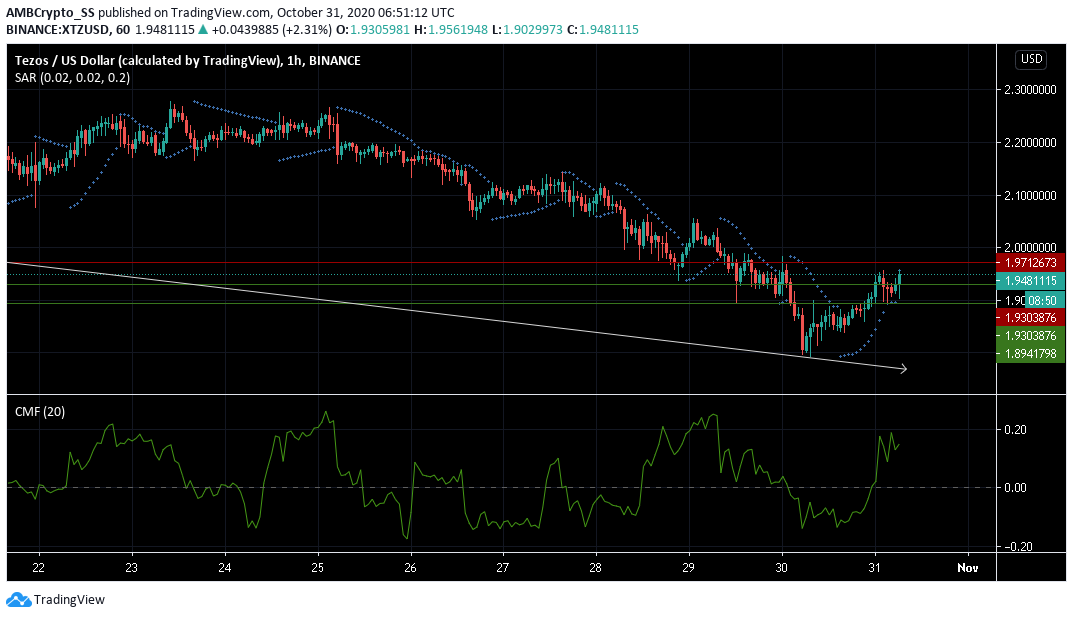 Tezos witnessed a good buying momentum, that pushed its prices above the trendline and key support levels at $1.894 and $1.930.

The price recovery followed a long drawn bearish momentum, as can be seen from a descending channel, witnessed in the digital asset until yesterday.

Tezos further continued its upward price momentum, as the bulls tried to aim towards the $1.971 level of resistance. Parabolic SAR’s dotted line below the candle, too underlined a possible uptrend.

The Chaikin Money Flow Indicator rose sharply above the zero line. This implied that capital inflows comfortably surpassed the level of capital outflows. This also maintained the buy liquidities required for the upward price rally, which helped the XTZ market gain an impressive 5.5% since yesterday. 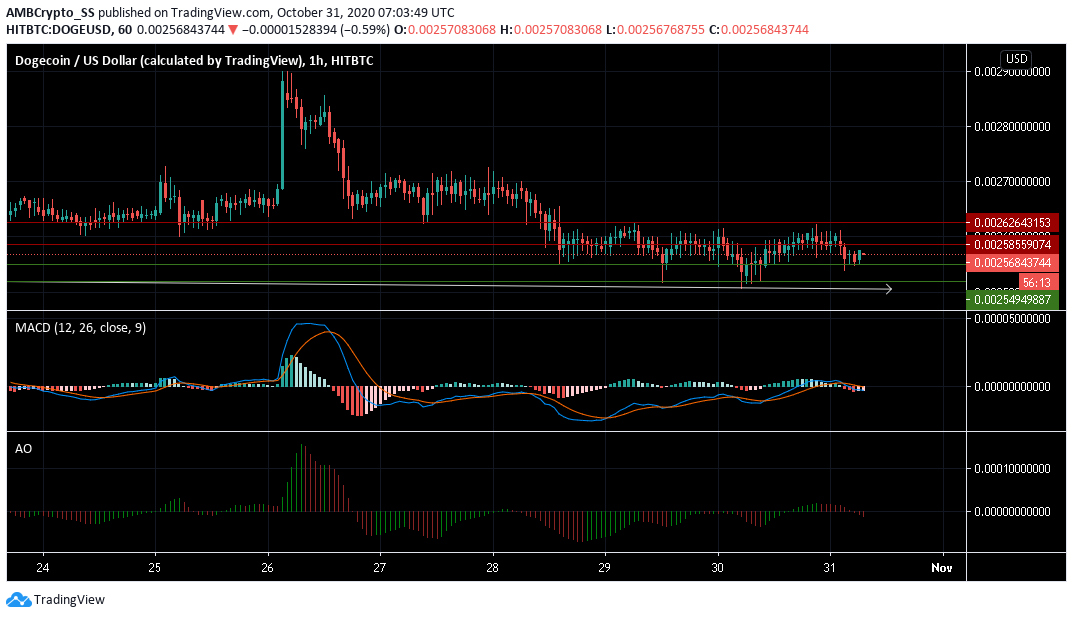 Dogecoin consistently had been maintaining a bearish to neutral stance over the short-term period, bouncing back and forth from its support at $0.00254.

However, its Awesome oscillator closing in red below the zero line was giving bearish signals for the short-term period. MACD’s convoluted lines, on the other hand, remained neutral on the trading chart.

A bounce above the immediate support level could be expected as the digital asset attempts to retrace some gains.

But the overall outlook for the DOGE market over the upcoming trading sessions was likely to maintain a horizontal price movement.