Bitcoin Cash surged, noted a healthy pullback, and rose above its level of resistance once more in a volatile, yet bullish couple of days for the cryptcourrency. Basic Attention Token struggled to rise above its longer-period moving average and reverse its long-term downtrend, while Decred appeared to have gone parabolic. 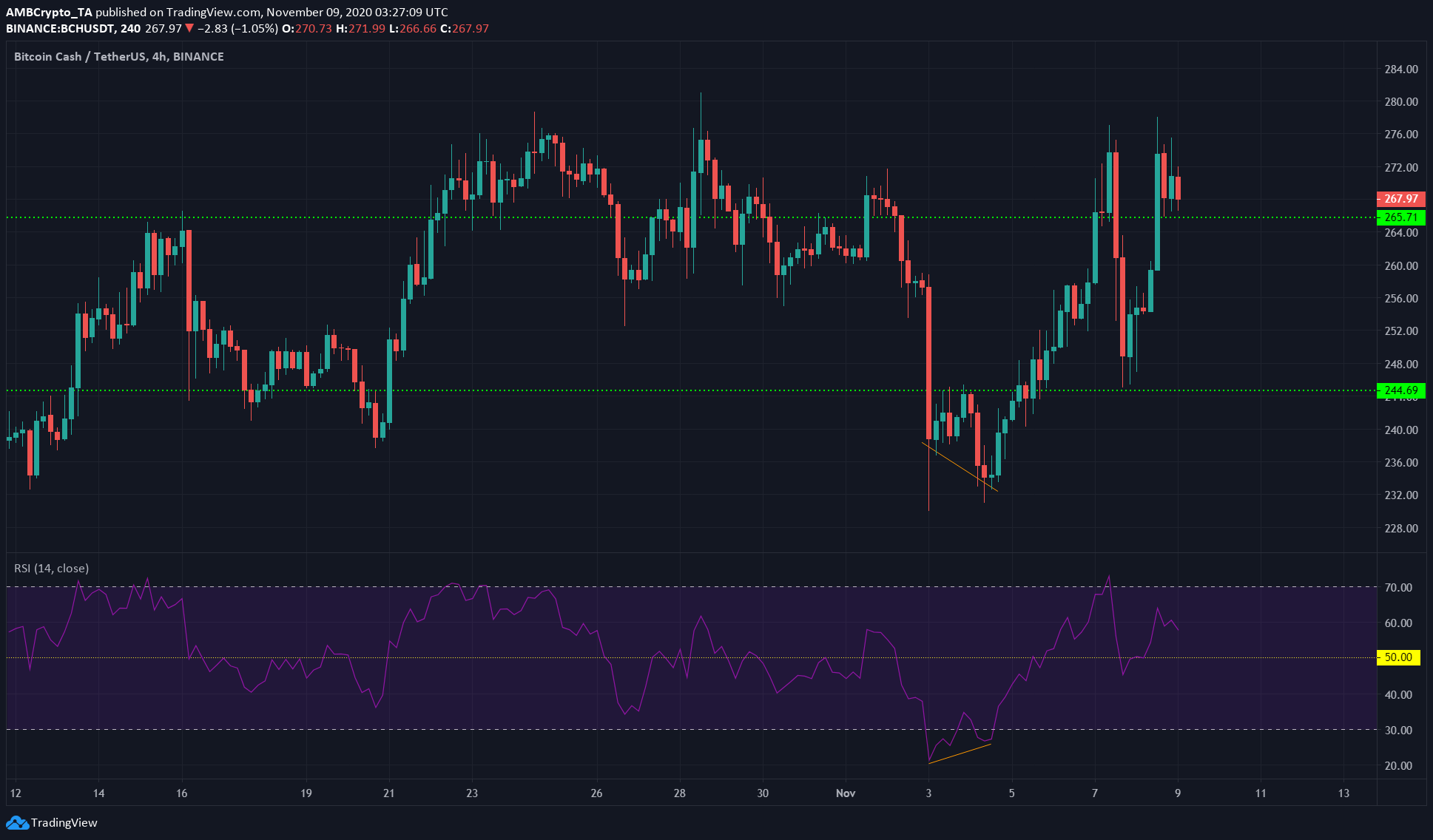 The short-term momentum for BCH flipped upwards over the past week after it formed a bullish divergence and soared alongside ETH.

In fact, the RSI was moving above zero at press time, indicating an uptrend. Further, the price noted a pullback from $275, before recovering and climbing to the level once more, with BCH likely to climb higher in the coming days. 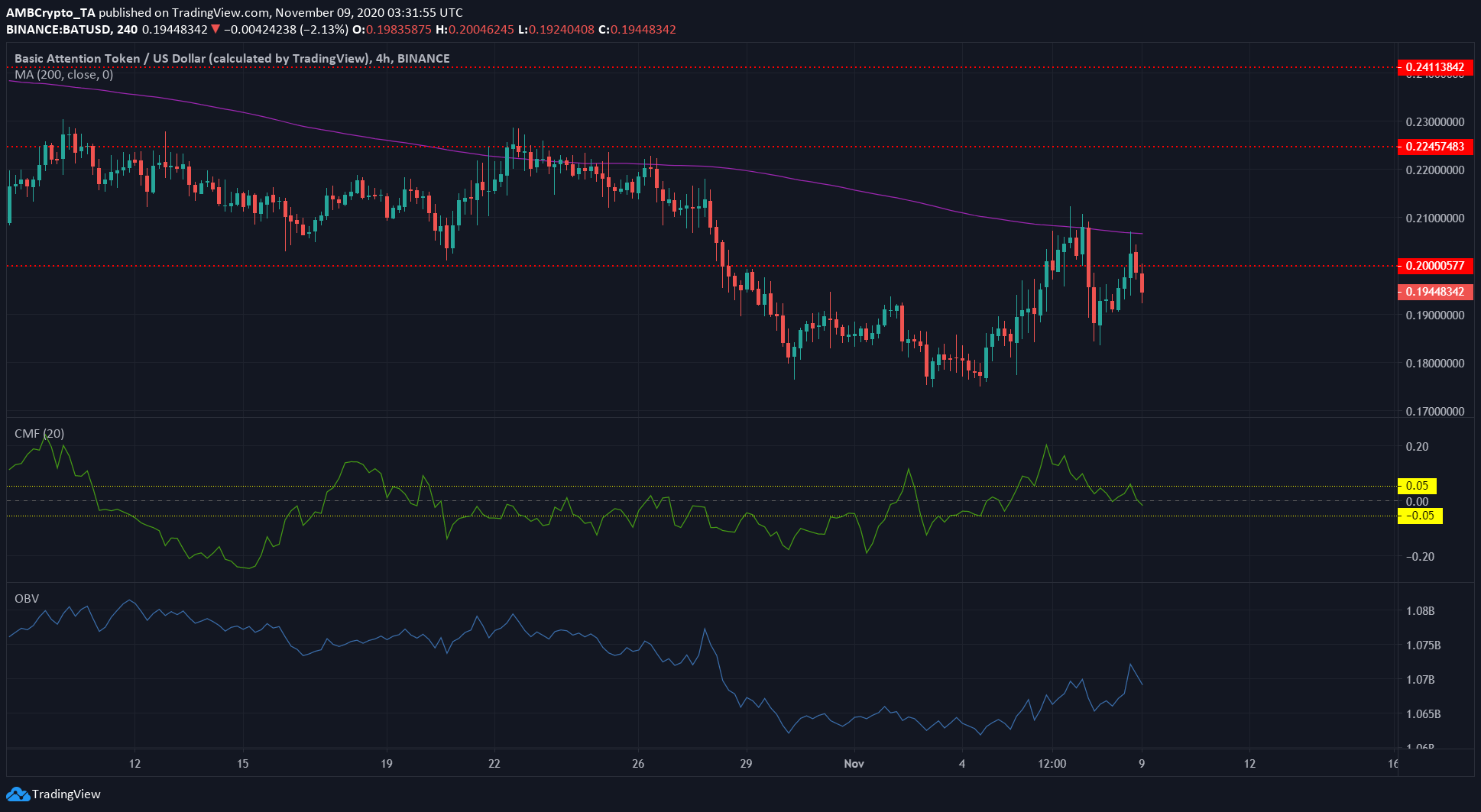 Basic Attention Token has seen positive buying volume over the past few days, but over the past month, the sellers have dominated the market. The same was highlighted by the OBV.

Through the month of October, the OBV formed a series of lower highs, while the past few days saw a series of higher lows registered on the charts. Whether this is a bounce or the beginning of recovery for BAT was unclear at the time.

BAT has been unable to rise past its 200 SMA (purple), implying that the bulls have lacked the strength to overthrow the long-term bearish sentiment. Finally, the CMF showed an equilibrium between buyers and sellers in the market, at the time of writing. 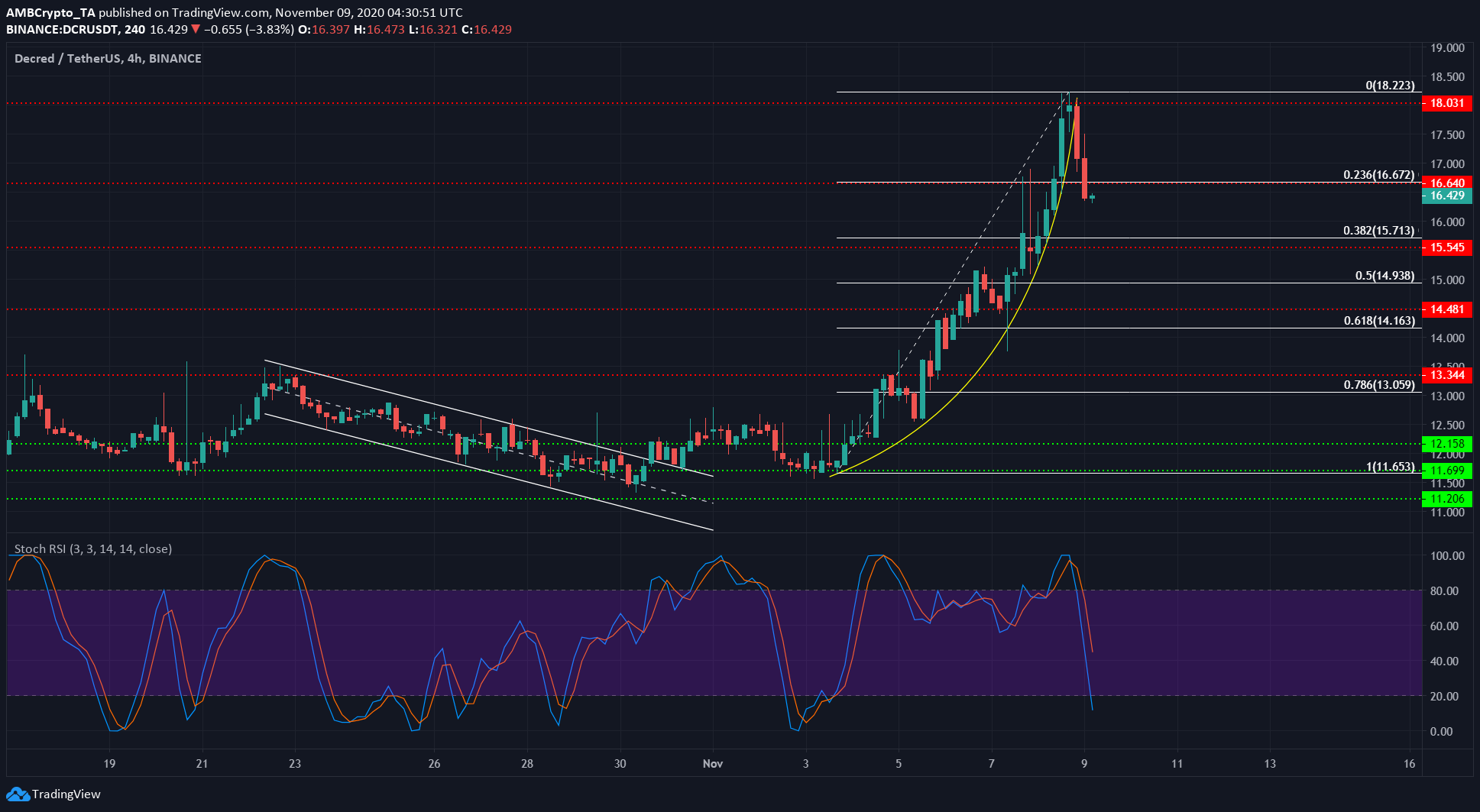 Decred formed a parabolic rising curve (yellow) and posted gains of nearly 60% within a few days. Using the Fibonacci Retracement tool, it was seen that 50% retracement of this move lay at $14.9.

It can be expected that DCR would drop to $15.5 in the coming days upon correction of this surge, with a possible drop to as low as $14.9.

Finally, the Stochastic RSI was also correcting lower, indicating that DCR could see a minor pullback to near $16.7 in the next few hours.