Binance Coin saw rapid losses in the past few days, undoing most of last month’s gains. There is a likelihood it would post further losses in the coming days. Monero was trending lower in the short-term, yet an important level of support was not yet subject to intense scrutiny by the bears. Dash was trading beneath a level of support it recently lost and could retest it as resistance in the coming hours. 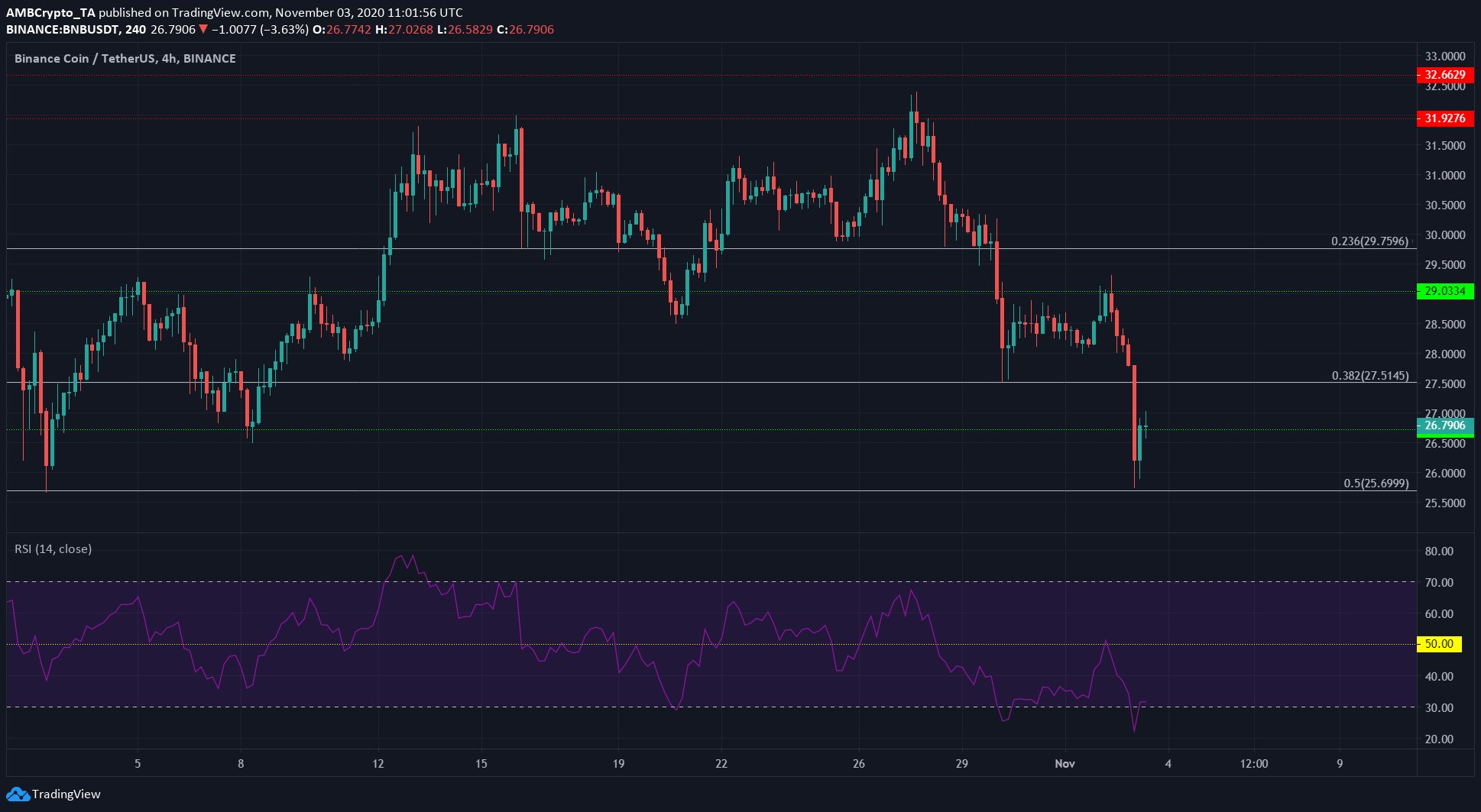 Binance Coin was in an uptrend through most of October but broke beneath the ascending trendline in late October. In the week since, BNB has moved all the way to the $26.75 level, where the uptrend of the past month began.

The bulls could be in for more losses, but a bounce can be expected for BNB. The RSI dipped into oversold territory and hence BNB could see a minor pullback as high as $27.5 before another drop.

The RSI’s movement in the next few trading sessions can also give clues of the market direction. If it moved past 55 and dropped to retest the neutral line at 50, it could signal a reversal in trend. The price would also need to flip $27.5 to support.

In the absence of such, BNB’s move upward can be regarded only as a bounce in a downtrend. 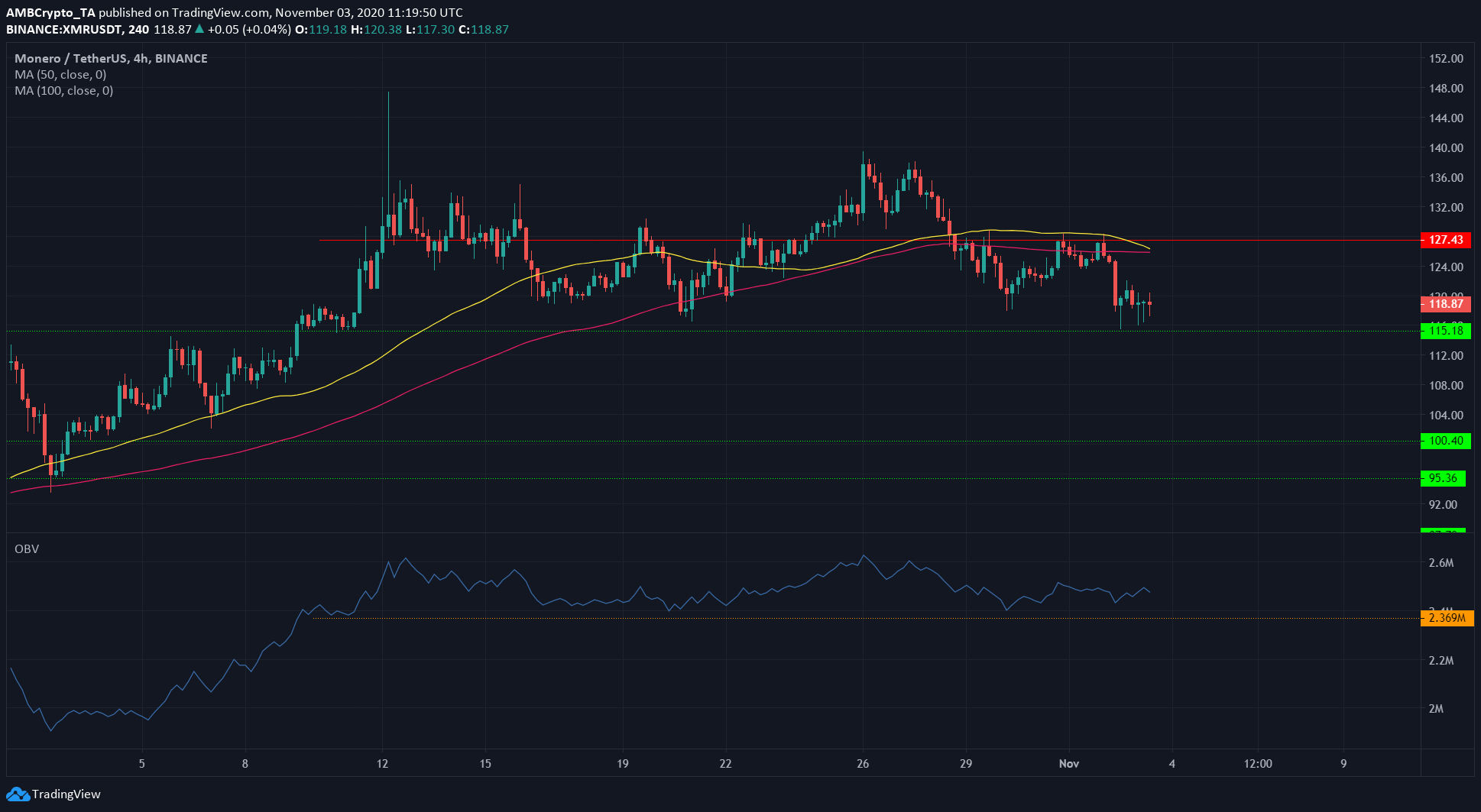 The 50-period and 100-period simple moving averages (yellow and pink respectively) moved close to one another in the past couple of weeks. This showed a lack of momentum on a longer-term for XMR in the past weeks as it rose to $135 but dropped to $120, and traded in the range in between.

The short-term outlook for XMR was bearish, as the price moved beneath both the moving averages. It could be set to test the level of support at $115.

The OBV showed that buying and selling volume has been more or less in equilibrium in the past few weeks. A drop in the OBV beneath the highlighted ‘floor’ (orange) could indicate the beginning of a downtrend. 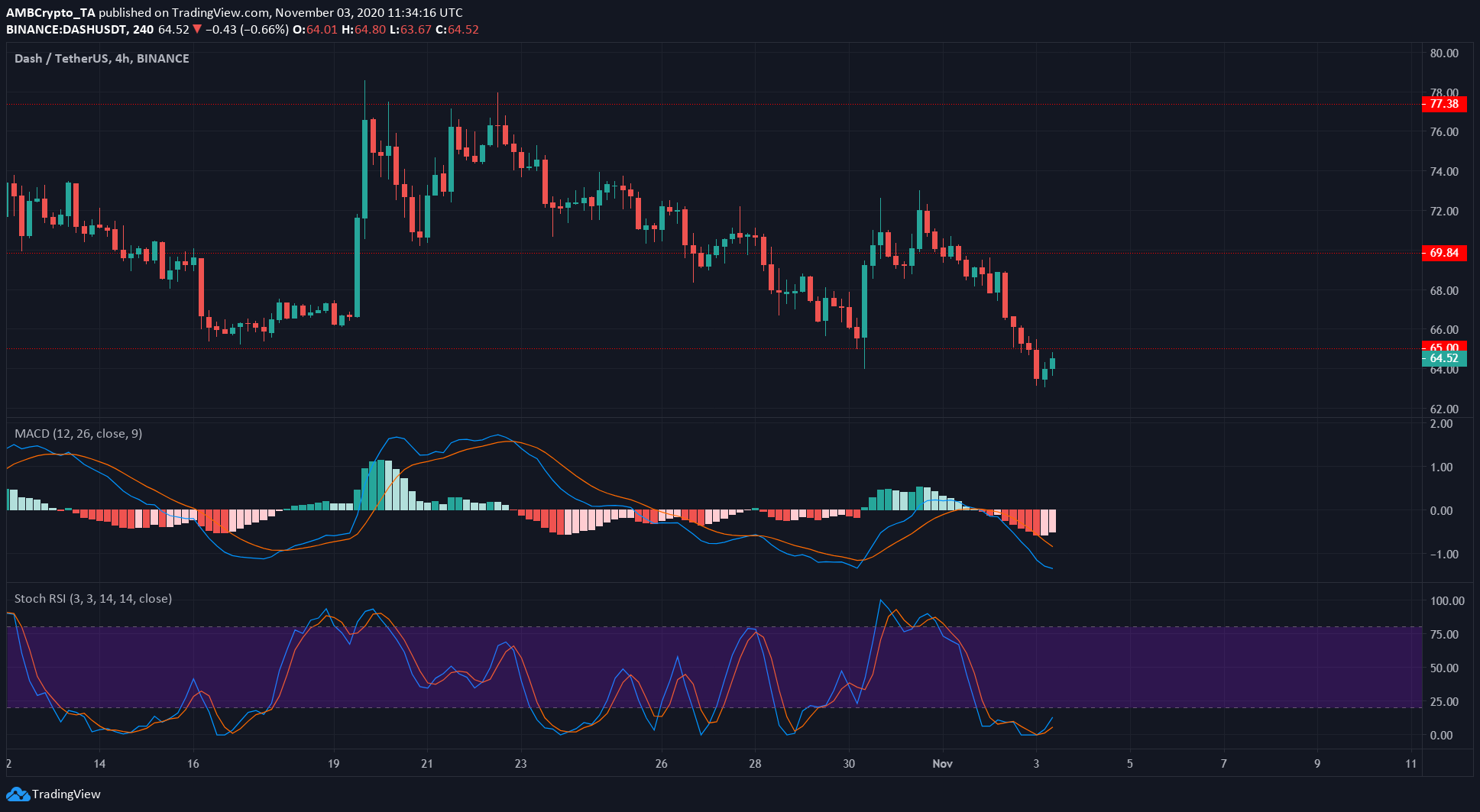 Dash ascended past $69.8 and appeared to have flipped it to support, but the bears imposed themselves on the market as the Stochastic RSI showed a bearish divergence at this most recent top.

The bears were successful in pushing the price beneath $65, and the level could be retested as resistance before another move down for DASH. The Stochastic RSI was in oversold territory, indicating a minor bounce and possibly some sideways price movement.