Bitcoin spent a large part of the past few days trading in the vicinity of $15,400. It was valued at $15,361 at press time and its sideways movement appeared to benefit some altcoins.

Binance Coin appeared poised for a breakout, while IOTA’s bullish momentum faded. BAT showed a divergence that could take it higher. 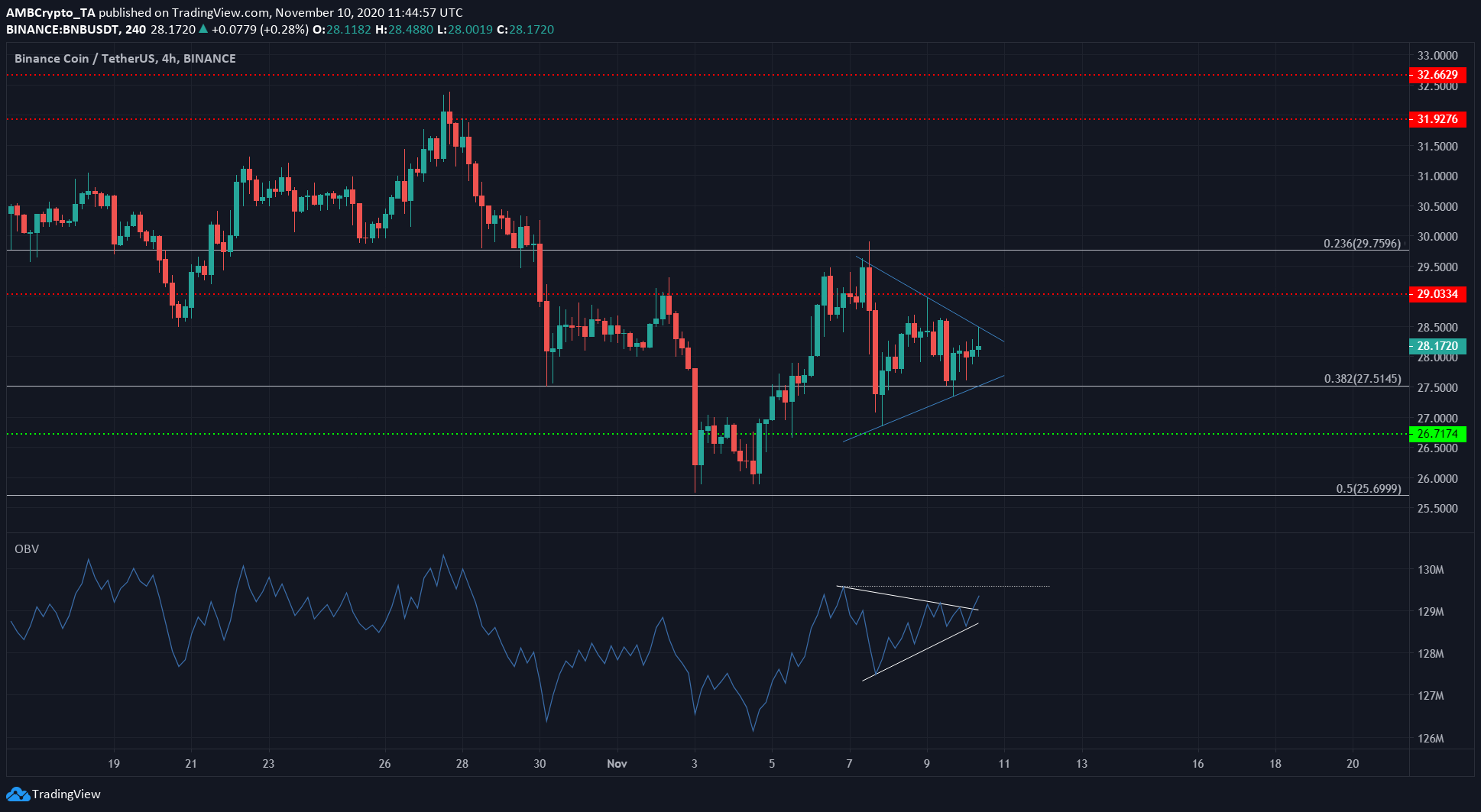 Binance Coin formed a symmetrical triangle (blue) on the chart, a pattern that can see the price break toward either direction. The OBV also showed a series of lower highs and higher lows.

Continued buying volume could see the price catch up to demand, and drive BNB up to $29. Another level of resistance in the vicinity was $29.75, highlighted by the Fibonacci Retracement tool.

A close below the pattern could see BNB head toward the $26.7 region. 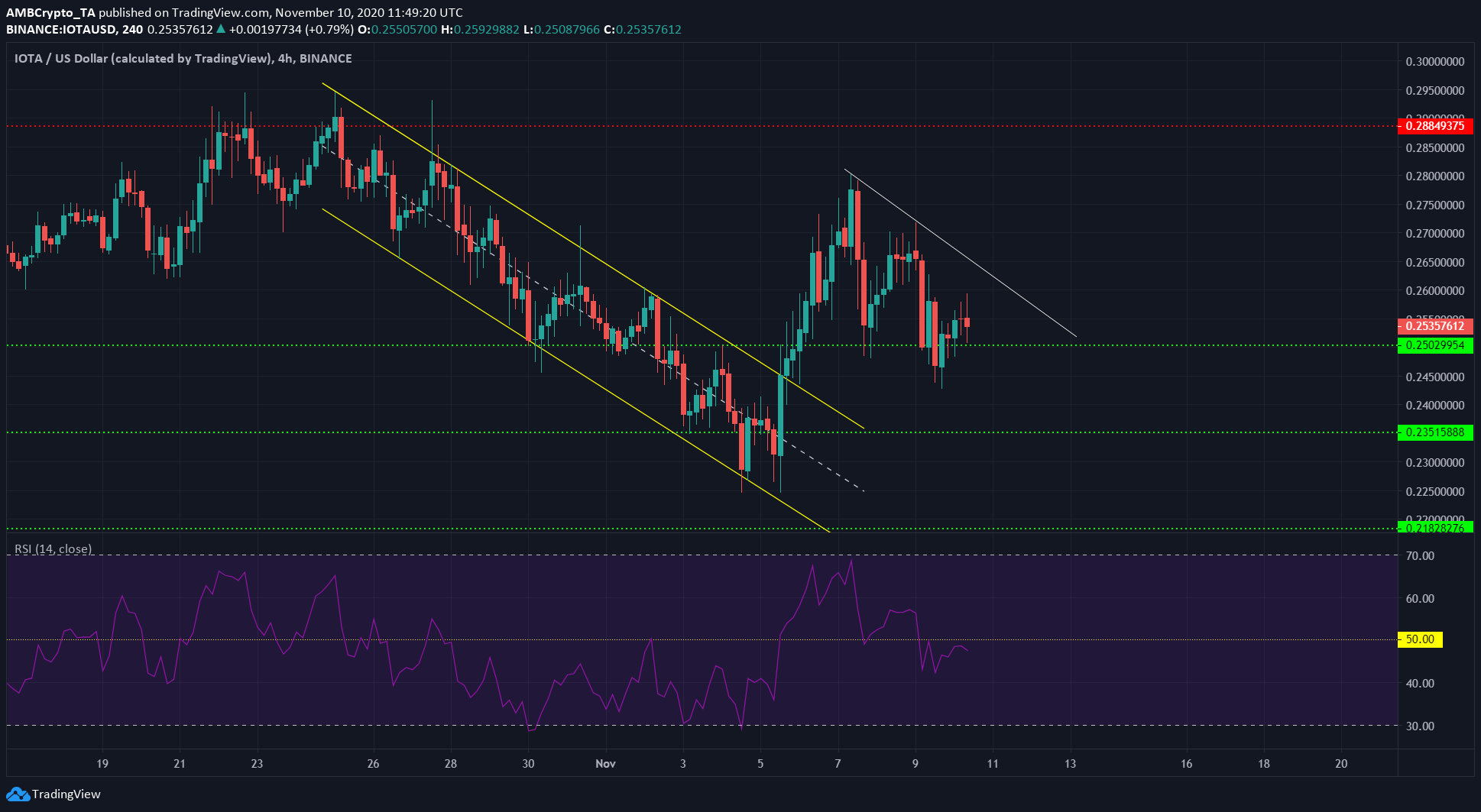 IOTA broke out of a descending channel a few days ago and fell short of testing resistance at $0.288.

The descending trendline was a short-term target for IOTA bulls to flip, but IOTA straddled support at $0.25. Moreover, its momentum could be shifting in favor of the bears.

The RSI dropped beneath the neutral 50 line and retested it as resistance. If IOTA closed a trading session beneath the support, it could fuel a wave of selling pressure that would take IOTA to the next level of support at $0.235 in the coming days. 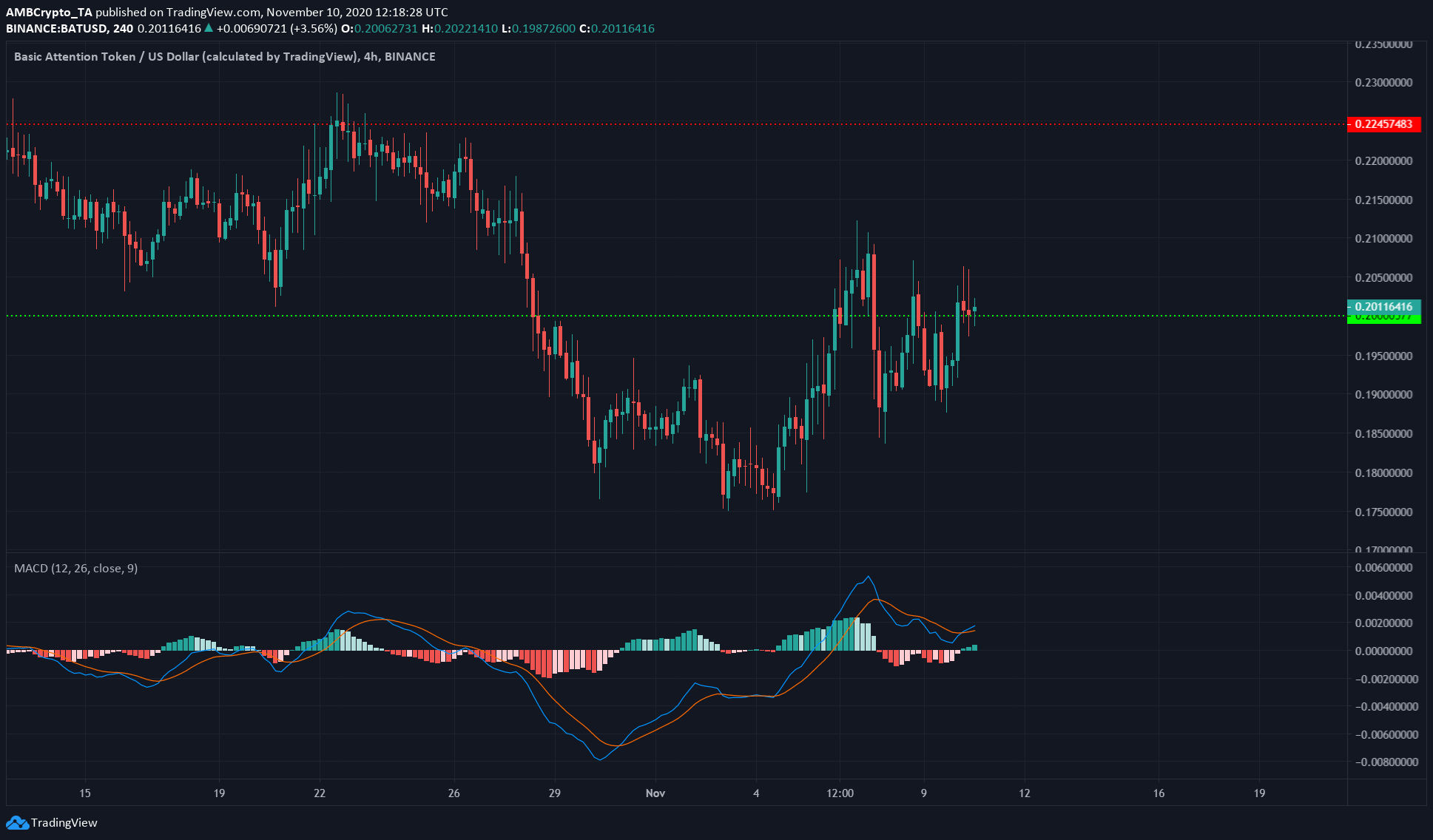 BAT was trading above support at $0.2, and the MACD formed a bullish crossover above the zero line for the crypto-asset. This signal could see BAT rise to the next level of supply at $0.21.

A hidden bullish divergence was also at play, as the momentum indicator formed lower lows while the price made higher lows.

In conclusion, a rise in price by nearly 5% could play out over the next few trading sessions.