Binance Coin broke beneath its uptrend of the past month, although this could be a temporary haven for the asset than a reversal in trend. Cosmos had bearish momentum while Dash experienced a period of high volatility and registered big gains but was unable to hold on to them all. 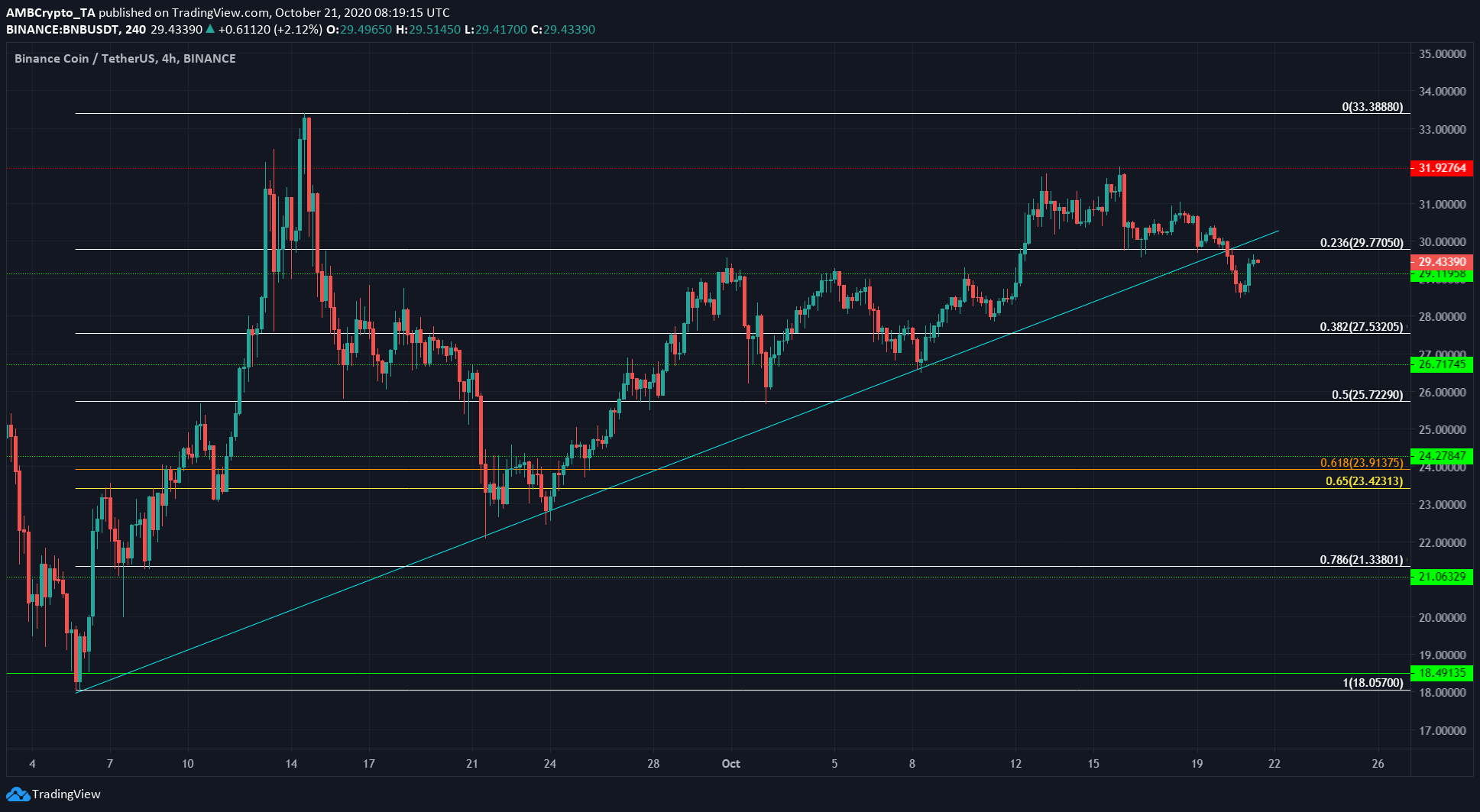 BNB has been in an uptrend (cyan) since early September and reached a local high of $33.38. Using the Fibonacci Retracement tool for this move, alongside some historic support and resistance levels, we can see the regions of interest for the coin.

BNB retraced just past the 61.8% level, and since then was making consistent higher lows. The asset faced stiff resistance at the $32 region and was pushed down to $28.6 before climbing once more.

In recent days, the momentum has been bearish for the asset. It is possible that BNB retests the 23.6% level and drops in the coming days, or BNB could find refuge in the $29 region for a few days. 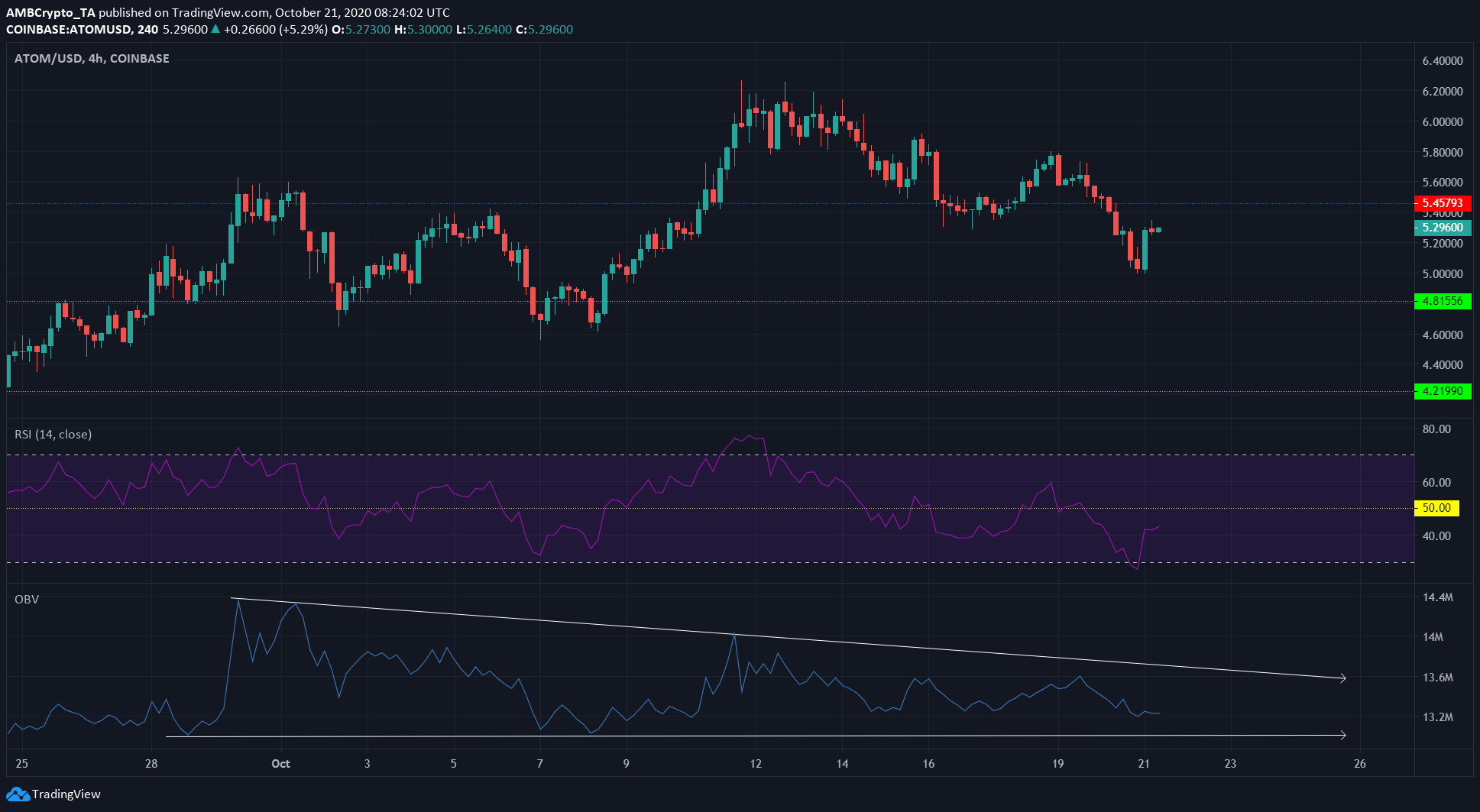 The price surged to $6 in the past couple of weeks but buying volume was not present behind the rise, shown by the OBV.

Subsequently, the price plunged as low as $5 before bouncing.

Buyer activity has been contained within the highlighted region on the OBV. A breakout to either side in the next few days would determine the direction of ATOM’s market. 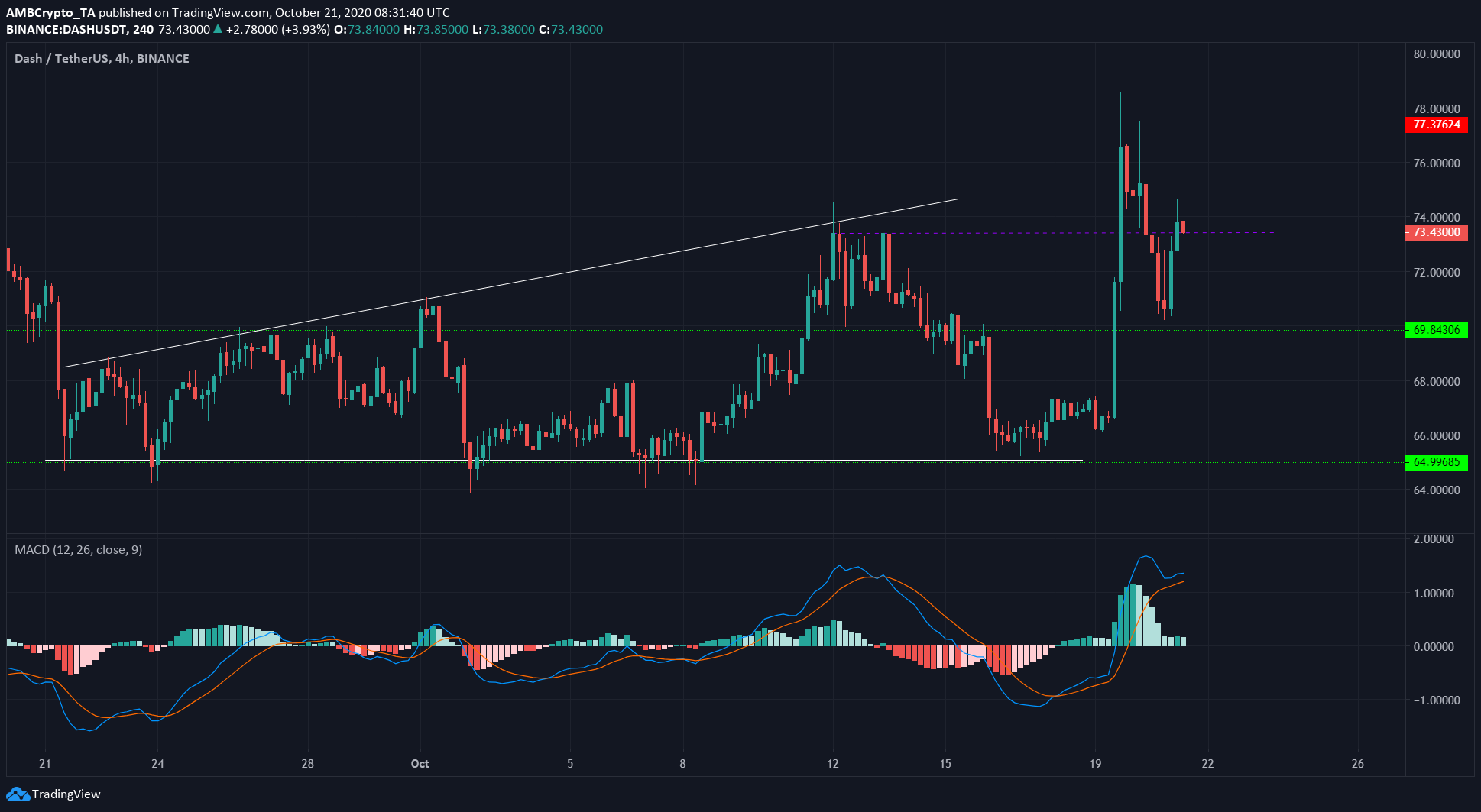 DASH formed a broadening triangle and appeared to breakout upwards. However, it was rejected immediately and the pattern invalidated as the price dipped beneath the previous high of the pattern.

The MACD showed that momentum was still strongly bullish with the asset, and price may test resistance at $77 in the coming days.