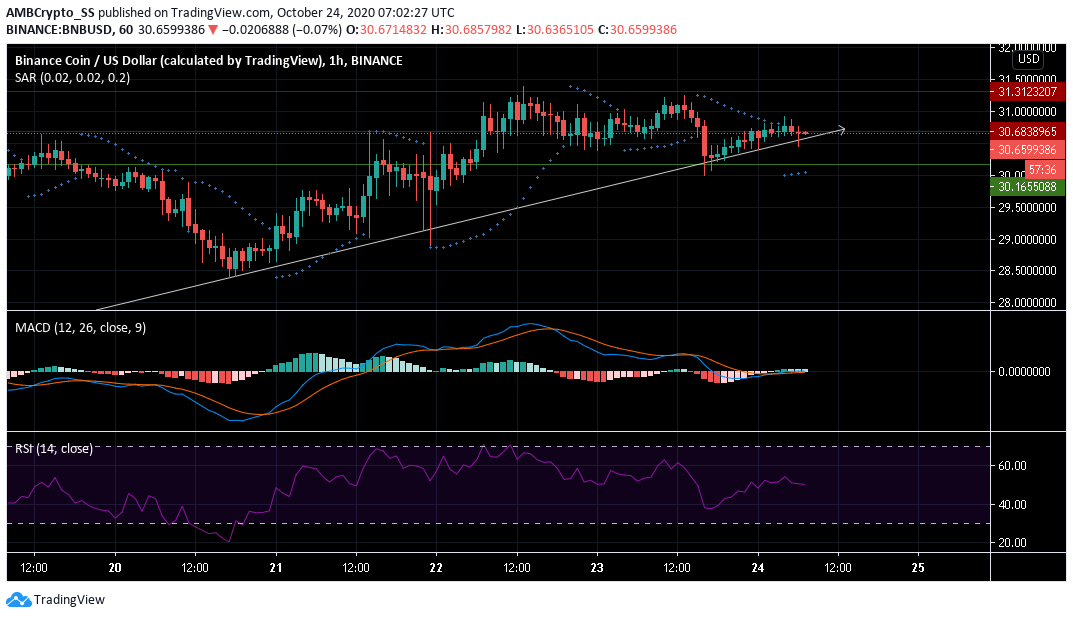 Although still on an overall uptrend, the indicators pointed to a decline in buying sentiment. The MACD indicator, for instance, maintained a neutral view, hinting at a flat price move over the next few trading sessions.

The readings of the Relative Strength Index too suggested a dip in buying sentiment over the short-term period as it hovered near the neutral-50 zone.

However, the consolidation phase is likely to die down soon as BNB’s bulls could once again breach the overhead resistance at $30.68, with the Parabolic SAR also signaling an uptrend. 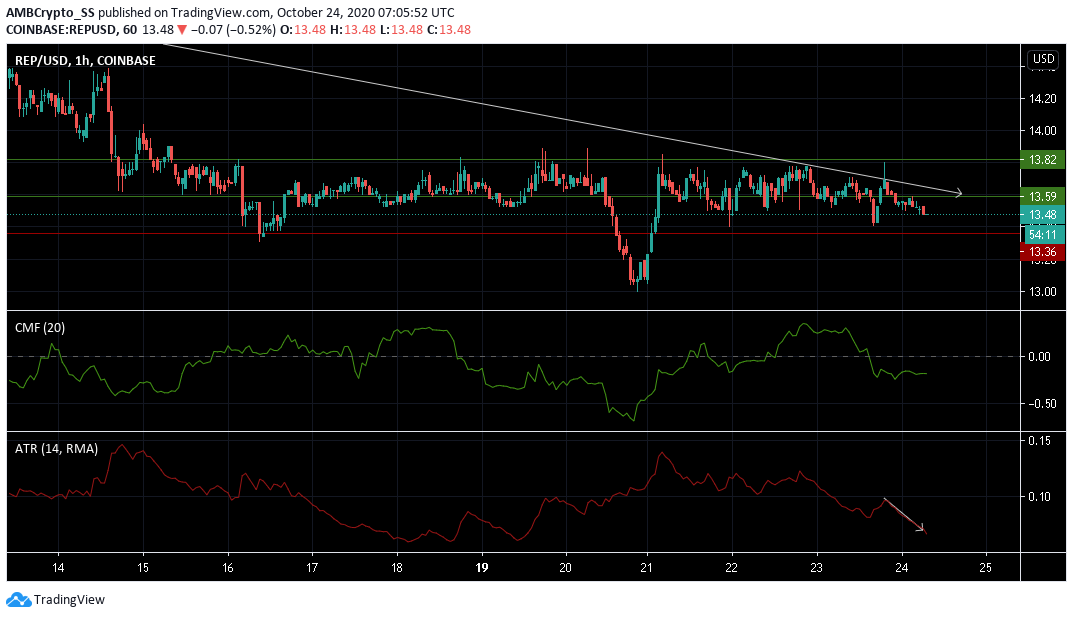 The first half of the trading session hinted at consolidation attempts in the Augur (REP) market, with REP trading at $13.48, at press time.

The Average True Range, measuring market volatility, appeared to be on a short-term downtrend. A lower probability for wide price actions in either direction meant that prices were likely to stabilize along the present price level.

Further, the Chaikin Money Flow Indicator (CMF) hinted at the possibility of consolidation as the CMF tried to maintain a level near zero.

However, capital outflows still remained greater than inflows, at the time of writing. The price action over the next few days could be seen along the support level at $13.36 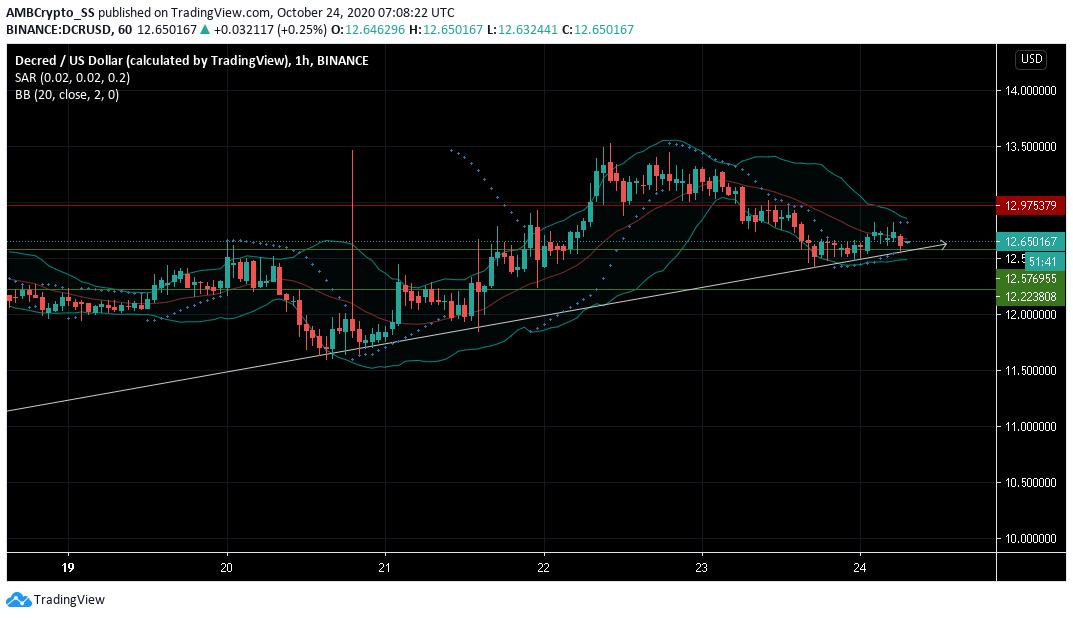 Decred (DCR), at the time of writing, was trading at $12.650 following a 2% price depreciation in the last 24 hours. The dotted markers of the Parabolic SAR were observed to be above the price candles, signaling a downtrend for the digital asset over the coming days.

In fact, just yesterday, in a sign of bearishness, DCR’s bulls failed to take control around the $12.97 level of resistance. However, a price dump towards the support level at $12.22 remained highly unlikely.

In a related development, Decred recently announced on Twitter its launch of the DCRDEX platform, a new development to the DCR trading ecosystem. It was live on the mainnet with an initial release date of 22 October.