Bitcoin price might be struggling below $40,000, but that’s not stopping XRP from chasing after new highs. The cryptocurrency has bounced back above the $1 mark following a recent legal victory scored by San Francisco-based blockchain payments firm Ripple in the ongoing lawsuit with the U.S. Securities and Exchange Commission (SEC).

Sarah Netburn, the judge presiding over the legal battle between Ripple and the SEC, has rejected the agency’s motion to access any legal records of Ripple. Previously, the SEC had made a request to access legal advice that Ripple sought or received regarding the security status of XRP, arguing that these documents would assist in proving that Ripple was aware of XRP’s security status even before conducting its ICO sale in 2013.

Fortunately for Ripple, Judge Netburn has denied SEC’s motion, according to a verdict published by the United States District Court of the Southern District of New York on May 30. In the public filing, she stated: “Ripple asserts that the SEC’s requested communications are protected by the attorney-client privilege, which has not been waived.

The latest court ruling will benefit Ripple’s “fair notice” defense. This defense argues that the SEC failed to warn Ripple that its actions breached any securities laws before filing a lawsuit.

Attorney Jeremy Hogan, who is observing the case with great interest, noted that the judge’s decision is “very important because the judge states Ripple’s subjective beliefs are XRP are NOT relevant to the Fair Notice defense, blocking the road the SEC wanted to use to fight the Defense.”

Ripple is now intent on showing that the SEC was silent for eight years and suddenly filed its legal complaint in December 2020. Nonetheless, Magistrate Judge Netburn is not taking any position on whether Ripple’s defense is judicially identifiable.

“The Court takes no position about whether Ripple’s plea defense is cognizable or if it will prove meritorious. I reach only the limited question of whether Ripple put its subjective state of mind or advice of counsel at issue merely by raising the defense, thus waiving its privilege.”

The SEC filed a motion to dismiss Ripple’s fair notice defense on April 22, citing that it’s “legally insufficient.” According to the ruling on Sunday, the agency can renew its application to the court if Ripple will raise its good faith beliefs and rely on its privileged communications to support its fair notice defense. 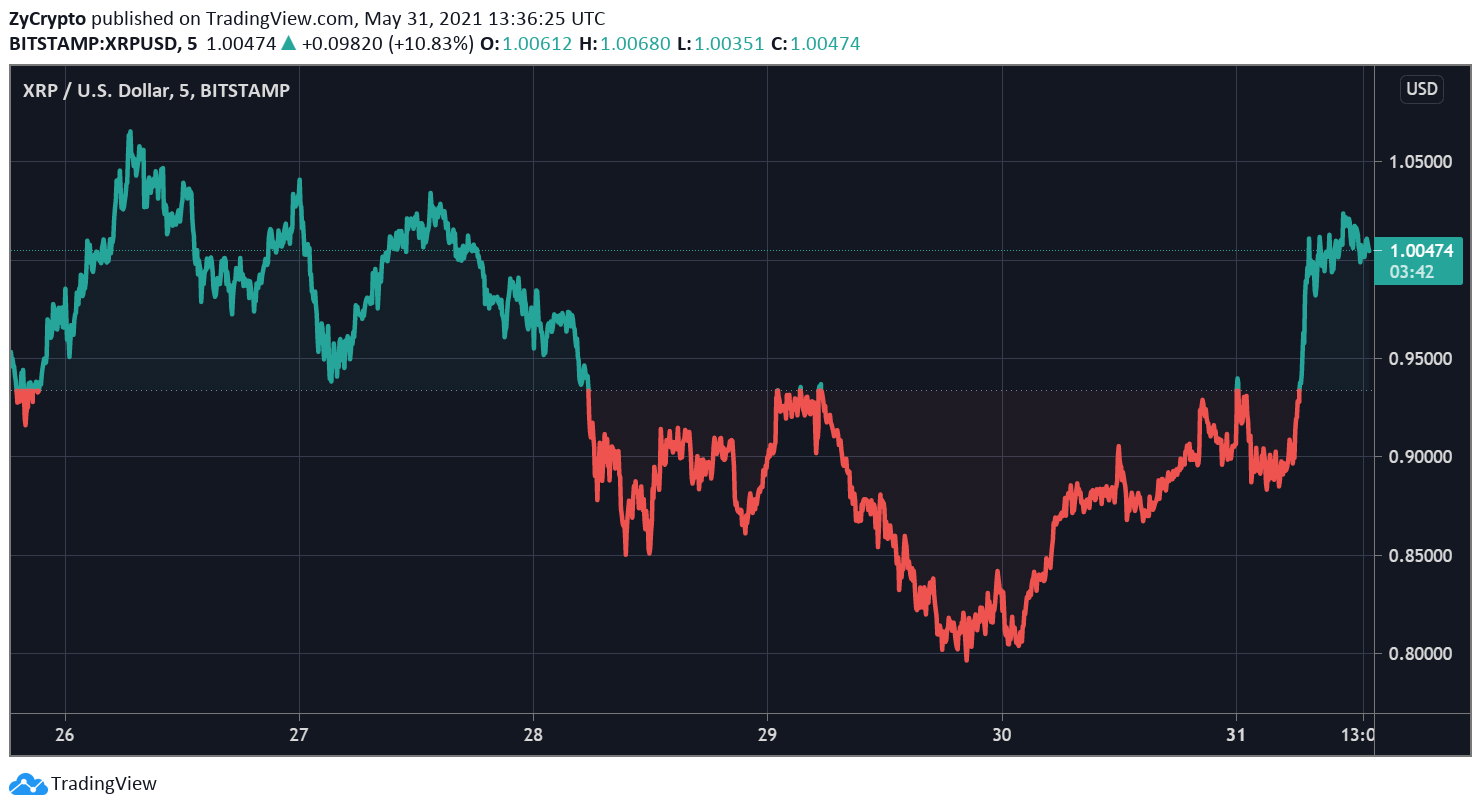 XRP is changing hands at $1.02 at press time, representing a 15.40% gain over the last 24 hours. With a market value of $46.57 billion, XRP is currently the sixth-largest cryptocurrency. The coin first touched $1 for the very first time since March 2018 on April 6.