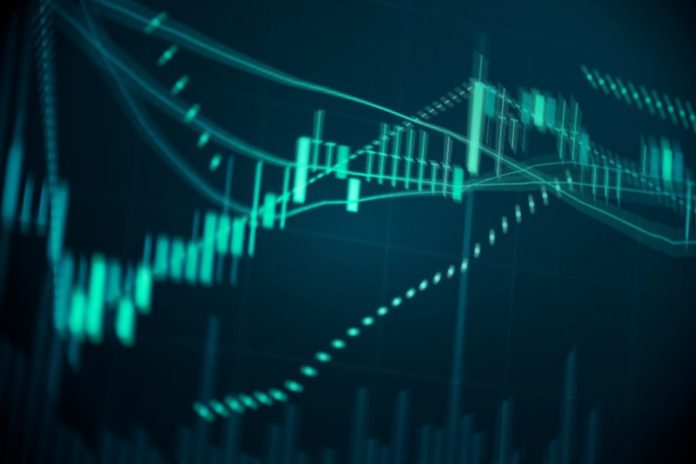 “make it easy for individuals, businesses, and brands to use non-fungible tokens (NFTs).”

Efinity is Enjin’s latest project, a next-generation blockchain for digital assets built on Polkadot. Efinity aims to be a hub for all fungible and non-fungible tokens solving the challenge of facilitating the pricing and exchange of NFTs.

In recent news, Enjin is working on their integration with ParallelFi, which will provide additional bonuses for Efinity crowd loan supporters in the Polkadot parachain auctions.

Parallel Finance will also have an AMA tonight at 7 PM EST with the CFO & CPL of Enjin and the Founder of Parallel Fi.

We have a surprise AMA today at 7pm EST Dec 19, 2021 with Oscar @OscarFranklnTan CFO & CLP @Enjin and @Yubo_Ruan founder of @ParallelFi!

They will discuss @Efinityio crowdloans, NFTs, and $DOT! Bring your questions for an hour of fun!

At the time of writing, ENJ is trading at $2.36. Its market cap is $1.94 billion with a 24-hour trading volume of $168 million, the fifth most traded Metaverse coin today.

Axie Infinity is one of the most popular blockchain-based games, so popular in fact that the team behind the game built a whole blockchain specifically for the game. The blockchain is called Ronin and is a sidechain of Ethereum.

Axies are monsters with specific traits and can be upgraded or traded. Players can use their Axies to battle other players in an arena and earn rewards.

Axie Infinity is a perfect example of a game creating its ecosystem and rising in value and popularity. It also features an ERC-20 token – AXS – used as currency on the Axie Infinity platform. AXS allows you to interact with the platform, buy, sell and trade Axies.

2022 is looking to be a massive year for Axie as the team will continue expanding vertical and horizontal development across critical pieces of infrastructure. According to their product pipeline, Battles V2, RON, and Land Gameplay will be released next year, which could quickly catapult AXS to new heights.

Their highly active marketplace is a big reason AXS has over $191 million in trading volume alone over the past 24 hours. Its market cap is $5.8 billion, with AXS currently trading at $95.

You can purchase AXS on Binance, Coinbase Exchange, FTX, Kraken, Crypto.com, and more.

Vulcan Forged PYR is a blockchain game studio and NFT marketplace that switched to the Polygon network in March 2021. Vulcan Forged allows users to play, build, collaborate, earn, and bring their ideas to life. PYR is the fastest-growing blockchain game and dApp platform.

On their platform, Vulcan Forged features several in-browser games available to play. Users must create a Vulcan Forged account to access the games, but they are open to the public.

In addition, Vulcan Forged has an NFT marketplace featuring plots of land in their Metaverse, along with a wide variety of collectibles and items. Keep in mind, since the market is on Polygon, users acquiring PYR from Uniswap will need to bridge the ERC-20 PYR into Polygon.

Recently, Vulcan Forged has dealt with a hacker who stole over $140 million PYR from their NFT marketplace on Polygon. According to a tweet posted by the official Vulcan Forged account:

“the hacker is panic selling into zero liquidity on dexes. Nothing changes with the buyback, development and fork.”

If you haven’t worked it out, the hacker is panic selling into zero liquidity on dexes. Nothing changes with the buyback, development and fork.

The Sandbox features a 3D Metaverse, allowing users to buy plots of land and monetize them. The Sandbox also offers a gamified experience that includes quests, games, and challenges to earn rewards.

Unlike Decentraland that has been live since February 2020, The Sandbox recently launched its Alpha on November 29th. We did a review on SAND’s Alpha Launch and were impressed with the smoothness of the game and the overall quality of the Metaverse.

The Alpha will close on December 20th. You still have one more day left to check it out!

SAND announced an upcoming partnership with UnderArmour and Stephen Curry on Twitter in recent news. More details are planned to be released on December 21st.

We are partnering with @UnderArmour, @UAbasketball, and @StephenCurry30 to bring history into the metaverse.

SAND is the second-most traded Metaverse cryptocurrency today, with a 24-hour trading volume of $765 million. Its market cap is $4.6 billion, making it the third-largest Metaverse coin on this list.

You can purchase SAND on Binance, KuCoin, FTX, Crypto.com, and more.

Decentraland is a 3D in-browser blockchain-based Metaverse game that allows players to buy plots of land and explore its virtual universe. Several experiences are available, such as concerts, galleries, casinos, play-to-earn games, and much more.

Decentraland is one of the longest-running Metaverse projects in crypto that has been open to the public since February 2020. It’s my favorite project since it’s the pioneer in 3D in-browser Metaverses. The only other project that comes close to what Decentraland has to offer is The Sandbox, currently valued at over $6.9 billion with its open alpha underway.

Anyone can check out Decentraland by visiting their official website and connecting using MetaMask. Make sure that your wallet is set on the Ethereum chain, and have fun exploring!

Decentraland has updated its UI in recent news, consolidating individual UIs into an All-in-one menu. Like The Sandbox, Decentraland also announced a partnership between UnderArmour and Stephen Curry. The drop is scheduled for December 21st, 8 PM EST.

MANA is the most traded Metaverse coin today, with over $1 billion in trading volume. Its market cap is $5.97 billion, showing how much interest surrounds the project.