Less than 15 minutes after the token went live on the HBTC exchange, it reached a market cap of $950 million, a figure that was 10 times the market cap when the token was listed.

Wozniak’s entrance into the crypto trading atmosphere seems to be the latest sign of a new era of celebrity in cryptocurrency.

In 2017 and early 2018, there were a number of instances in which celebrity figures in and out of the tech world got involved with cryptocurrencies. Paris Hilton, DJ Khaled, Floyd Mayweather, and more endorsed various projects to varying degrees–many of them paid the price for their involvement later on.

Nowadays, however, things are different. Celebrities in and out of the tech world are making their way back into the crypto sphere–this time, with savvy and legitimacy.

The eye-popping explosion in the price of the WOZX token “is definitely due to Steve Wozniak.”

The WOZX token is a rather unique example–WOZX is not technically directly linked to Steve Wozniak, but rather his company, Efforce–which has been described as “a marketplace to help fund energy efficiency projects using blockchain.”

Still, there’s almost no question that Wozniak’s involvement with Efforce, as well as the use of part of his name in the token’s listing symbol, has benefited the project.

Indeed, Daniel Polotsky, chief executive and co-founder of CoinFlip, told Finance Magnates that the eye-popping explosion in the price of the WOZX token “is definitely due to Steve Wozniak” and his association with Efforce. 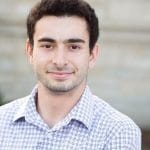 “While the tech behind the WOZX token is ambitious and can have a lot of potential, the product is still not built,” he said. “Currently, people are buying due to speculation and a belief that Wozniak will create an amazing product in the future.”

However, in addition to projects like WOZX–which has benefitted from its association from Steve Wozniak–there is an emerging class of “social tokens” that allow fans to form nearly-direct financial relationships with the celebrities they adore.

For example, rapper Lil Yachty launched the “YachtyCoin,” which essentially made it possible for fans to “become shareholders in his career,” according to a report by High Snobiety.

“I’m still new and learning about the crypto world but I can tell you I partnered up with some very smart people to give my fans some dope experiences,” Yachty told the publication.

Lil Yachty isn’t the only celebrity to have embraced this new funding model–CoinTelegraph reported in October that Grammy award winning artist RAC announced a token created with Zora, a platform that allows artists, creators, and brands to build their own token markets.

At the time, RAC said in a statement that “crypto enables communities to capture the value they create instead of being monetized by preexisting platforms and $RAC is an active experiment pushing the envelope on these primitives.” 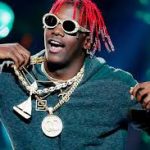 “Celebrity involvement [in crypto] is going to get more normal as crypto becomes more normal.”

Like the WOZX, some of these tokens have seen astronomical rises in their value–likely due to their association with the celebrity names attached to them. For example, the YachtyCoin reportedly sold out “within ten minutes,” according to Vator News.

“Social tokens usually have to do with a celebrity and their lifestyle, however, WOZX is a token trying to solve the issue of energy inefficiency by allowing contributors to acquire tokenized future savings and allowing companies to benefit from these energy savings,” Polotsky explained.

Still, he predicted that “Celebrity involvement [in crypto] is going to get more normal as crypto becomes more normal.”

“In 2020, we have seen several elite public companies get into bitcoin, bringing more legitimacy into the space.”

Indeed, “we can expect that celebrity social tokens continue to grow as people start tokenizing their own time and decisions in life,” Polotsky said, adding that “fans love to be a part of a celebrities life in any way they can if they like the celebrity enough.”

Polotsky also believes that this particular intersection of celebrity and cryptocurrency is very different from the kind that we saw in 2017: “instead of the celebrity just endorsing and talking about how great a blockchain project is, this time they have something at stake,” he said.

“Usually this means that carriers of their social token can redeem it for special benefits and if you have enough, possibly even a chance to meet their celebrity.”

Beyond social tokens and projects like WOZX, Polotsky also believes that celebrities may become more public about their enthusiasm for cryptocurrencies more generally: “in 2020, we have seen several elite public companies get into bitcoin, bringing more legitimacy into the space,” he said.

“In 2021, high-net-worth celebrities will likely do something similar. It’s riskier to not own bitcoin than own bitcoin for people who have a lot of cash.”

Ethereum will become the main asset for investors in 2021

The United States updates its crypto AML/CFT laws
We and our partners use cookies on this site to improve our service, perform analytics, personalize advertising, measure advertising performance, and remember website preferences.Ok