Equiti Capital UK Limited announced this week that it has named Stephane Treny as a Senior FX Sales Trader.

Equiti Capital, a prime brokerage focusing on customer support and innovative liquidity solutions, has appointed Stephane Treny to its agency FX Desk to expand Equiti’s coverage of its buy side players in Europe.

Treny began his career in spot and options trading before transitioning to sales in Forex. He brings in excess of 25 years’ experience in executive positions and senior sales roles in Forex.

Before Equiti Capital recruited Treny, he was appointed Co-Head of FICC at Avalon Capital Markets in London. Though, the position was held briefly. 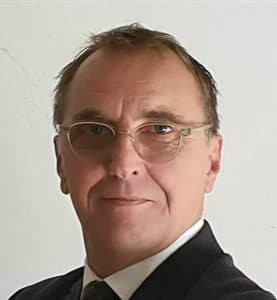 Prior to this, he was onboarded by UniCredit Bank as a Director of FX Sales Hedge Funds and Real Money and fulfilled the role for almost seven years.

He also became the Director of Credit Suisse in Paris as the Director of FX Sales France, Benelux and Spain from late 2009 where he developed the Corporate FX coverage in Belgium and France.

Additionally, he had a short stint in Geneva as the CEO and founder of Layer Cake Par  tners, where he advised on FX hedging and Weather Derivatives.

Deutsche Bank onboarded Treny as the Managing Director and European Head of Corporate FX Sales in both London and New York for almost eight years from early 1997, according to his LinkedIn profile.

Benedict Sears, Head of Equiti’s FX Desk, said: “We are delighted to welcome Stephane to the Desk. His arrival marks the start of the Desk’s expansion into the provision of voice execution, macroeconomic analysis, market colour, and trade idea generation. His focus will be to increase Equiti’s coverage of Hedge Funds and Real Money.”