The United States Securities and Exchange Commission (SEC) has named Kristina Littman as the new Chief of the Division of Enforcement’s Cyber Unit, which protects investors from cyber-related misconduct. Previous to the new appointment, Littman served as a senior advisor to SEC Chairmain Jay Clayton since August 2017.

The announcement of Littman’s appointment was made on December 2nd, 2019, on the SEC’s official website. Jay Clayton commented that “Kristy’s innovative thinking and extensive experience within the Commission have made her an invaluable advisor and, most importantly, a tireless defender of America’s investors.”

“She will be an excellent leader for the Cyber Unit as it continues its work in this critical and continually evolving area.” 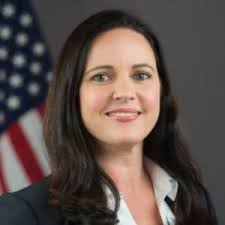 The announcement also said Littmans’ tenure at the SEC began in 2010, when she joined the SEC’s Division of Enforcement as a staff attorney in the Commission’s Philadelphia office.

Between 2010 and 2017, she held senior attorney positions in the Market Abuse Unit and the Trial Unit, where she led “significant enforcement investigations and litigations”, including charges against Linkbrokers Derivates LLC and five registered representatives in an $18 million undisclosed markup scheme, as well as leading “insider trading charges against five registered representatives, charged with trading in advance of IBM Corp.’s acquisition of SPSS Inc,” among other cases.

According to Littman’s LinkedIn account, she practiced law in the greater Philadelphia area prior to her first position at the SEC. She specialized in white-collar and securities litigation.

As for Ms. Littman herself, she said that “I am honored to have the opportunity to serve as Chief of the Cyber Unit. I am thrilled to work with the talented women and men who have led the SEC’s efforts to pursue cyber-related misconduct.”

Earlier this year, the SEC announced that it was seeking to hire its first-ever staff member dedicated specifically to providing the Commission with expertise on cryptocurrencies. “The Crypto Specialist provides expertise and coordinates TM activities regarding crypto and digital asset securities,” the announcement of the job opening explained, adding that the position would pay $239,000 per year.

The United States Federal Reserve announced the opening of a similar position last month. The US central bank said in November that it was seeking a manager who was expected to contribute to the research of distributed ledger technology and digital currencies, including stablecoins.

Expedia Partners With Crypto Service Travala.com for Crypto Bookings
We and our partners use cookies on this site to improve our service, perform analytics, personalize advertising, measure advertising performance, and remember website preferences.Ok