Ripple price declined sharply from $0.6940 against the US Dollar. XRP/USD is currently holding $0.7650, but it could decline further in the near term.

This week, there was a slight increase in bearish pressure above $0.9000 in Ripple price against the US Dollar. The XRP/USD pair traded as high as $0.9642 from where it started a major downside move. 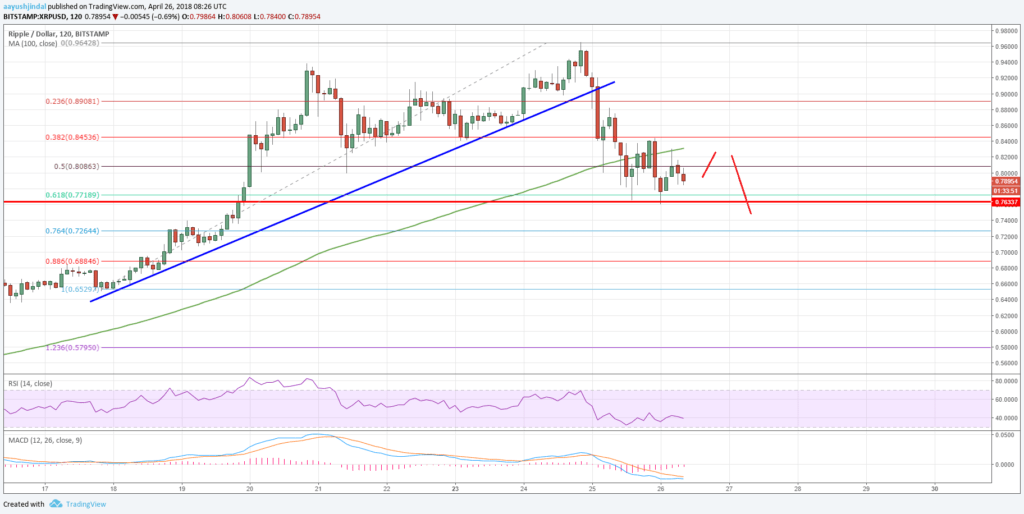 Additionally, sellers pushed the price below the 50% Fib retracement level of the last leg from the $0.6529 low to $0.9642 high. It even traded below $0.8000 and 100 simple moving average (2-hours). These all are negative signs and it could increase bearish pressure on XRP.

Trade safe traders and do not overtrade!