Bitmain co-founder and former CEO Micree Ketuan Zhan is at it again: the ousted former executive of the China-based bitcoin mining giant has filed another lawsuit against one of the company’s subsidiaries in an attempt to regain control of it–this time, in a Chinese court. News of the lawsuit was originally reported by CoinDesk on March 9th.

The case was filed in the Changle District court in China’s Fujian province against Fujian Zhanhua Intelligence Technologies, a fully-owned subsidiary of Bitmain, and Beijing Bitmain Technologies as a related third-party.

This most recent lawsuit comes as an addition to an ongoing lawsuit that Zhan filed in December 2019 in the Cayman Islands, where Bitmain’s holding entity is registered, in a first attempt to overturn a decision by shareholders to significantly weaken Zhan’s voting power.

Zhan’s legal counsel is arguing that the decision was reportedly made at a shareholder meeting that Zhan was not made aware of beforehand. As such, a hearing for the case may be put on the calendar after mid-April. 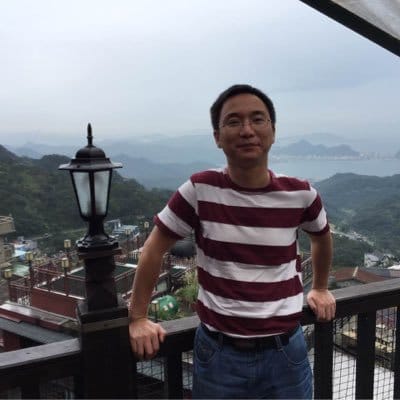 While the allegations Zhan is making in the newest lawsuit have not been made public, a notice issued by the court says that the case is being held in relation to “shareholder qualification confirmation dispute,” which could indicate that the Chinese case is similar to the ongoing case in the Cayman Islands.

The notice also says that a hearing of the case was originally scheduled for February 11th, although the case was likely postponed due to the continued outbreak of the coronavirus in China.

A struggle to regain power

The filing follows the filing of an asset-protection petition by Zhan in the same court last December, for which the court announced it was siding with Zhan last week. As a result of the court’s decision, 36 percent of Fujian Zhanhua’s Bitmain-owned ¥10 million (CNY) incorporated shares have been frozen.

That 26 percent is worth ¥3.6 million, or roughly $500,000–a rather pithy amount for Bitmain which made $2.8 billion in profits in 2018. Still, the ruling has symbolic significance in favor of Zhan, if nothing else: Zhan remains the largest shareholder in Fujian Zhanhua, meaning that the ruling should prevent his power over the company from being diluted.

Zhan also remains as the subsidiary’s legal representative, which is significant because of its integral role in Bitmain’s greater operations and seemingly lucrative operations.

In 2018, Bitmain’s IPO filing in Hong Kong listed Fujian Zhanhua as one of the “four principal subordinate entities that had made material contribution to the financial results of Bitmain’s holding group, alongside Beijing Bitmain, Bitmain Hong Kong and a Shenzhen manufacturing subsidiary,” according to CoinDesk.

In the same filing, Fujian Zhanhua was also pointed out as Bitmain’s main facilitator of sales for cryptocurrency mining hardware in China. Two of Bitmain’s major sales channels, the AntMiner pre- and post-sales WeChat accounts, were also operated by Fujian Zhanhua, though they have been moved under the control of another BitMain subsidiary since December.

Recently, Ripple CEO Brad Garlinghouse commented that a small number of entities retain most of the mining power over the Bitcoin network. Bitmain has since been speculated to be one of the entities he was referring to.

Covid-19 Fallout: A Unique Opportunity for the FX Market!

GCEX to Use Koine Custody and Settlement Service

Devexperts Launches New SaaS FX and CFD Trading Platform
We and our partners use cookies on this site to improve our service, perform analytics, personalize advertising, measure advertising performance, and remember website preferences.Ok