Lucian Lauerman, global head of electronic distribution at Saxo Bank, leaves the Danish broker after seven years of work to join OANDA as Head of Solutions for Business.

Lucian had originally landed at the forex bank back in 2012 to take on the role of its head of API Business. Lauerman was then quickly rose through the ranks until he was promoted to his last position in 2017. However, this wasn’t his first foray with the multi-asset provider as he spent a short stint with Saxo in 2008 as global product manager in its foreign exchange desk. 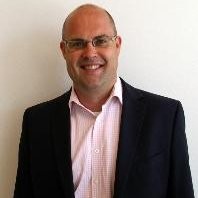 During his long tenure, Lauerman helped Saxo Bank gradually building out its PoP offering and business on a global scale. In particular, demand for this service has been driven by growth in small to mid-sized institutional clients turning to Saxo Bank for direct market access (DMA) and liquidity optimization services. This also included the support of dedicated infrastructure DMA liquidity hubs in London and New York.

Prior to Saxo, Lauerman held a multitude of positions at multiple companies and ‎industries, dating back to 1995. He worked for more than two years at Lloyds Banking Group as head of electronic products management. Other stops include serving as managing director for London and Northern Europe region at GL Trade – Capital Markets Solutions.

Earlier in his career, Lauerman was Executive Director at privately-held company FNX Limited.

He lands at OANDA, based in London, with a greater focus on the institutional, as well as providing technical leadership across all areas of the business. OANDA is a multi-regulated broker with offices in Toronto, Europe, and the Asia Pacific region. The ‎company operates an FX trading platform utilized by a mix of retail and institutional investors. ‎It also provides currency information services to individuals, large corporations and portfolio ‎managers.‎

In 2019, OANDA announced many changes in leadership after Vatsa Narasimha stepped down from the CEO position in February. He was replaced in August by the former CEO of ION Trading Group, Gavin Bambury. He joined OANDA in in London from eFX platform provider, Integral, where he served as chief technology officer since 2018.

Bitcoin’s Next All-Time-High May Be Lower Than Many Expect; Levels to Watch For

Bitcoin’s Next All-Time-High May Be Lower Than Many Expect; Levels to Watch For