Two weeks ago, New York City hosted the largest blockchain conference on non-fungible tokens (NFTs), drawing over 10,000 attendees and 500 speakers. Despite all the buzz, the concept of an NFT is simply: they are digital certificates of ownership on an immutable digital ledger, meaning that the certificate is publicly accessible and unchangeable. And yet, such a simple concept is beginning to transform the way that content creators produce and disseminate their content.

Blockchain, much like artificial intelligence, is a general-purpose technology, meaning that its effects are not constrained to a single sector. Instead, content creators across the board can leverage the technology through the ‘minting’, or issuance, of NFTs on a blockchain of their choosing, forever marking their ownership over an idea, product, or service that can be freely traded.

It should come as no surprise that NFTs have the potential to fundamentally transform the way that artists sell their content and connect with their fans. Rather than having to rely on large record labels or influential institutions, artists can simply mint an NFT of their content, whether an album or a portrait, and trade it. That does not mean selling is easy, artists still need to have a personal brand and a strategy for disseminating their NFTs at scale and generating visibility, but NFTs nonetheless disrupt the historical reliance on a third party to independently verify artists’ work.

MakersPlace is one such organization that provides a platform for artists to showcase and sell their creations to a larger audience. Digital art can be uploaded and sold to ensure that the original creations remain authentic. 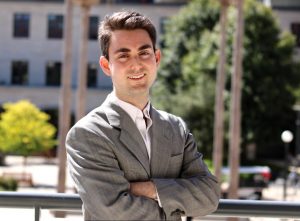 Such a platform not only allows artists to reach a wider audience without a middleman, but it also provides an opportunity for artists to interact with one another and build a community at scale. “These communities should be provided relevant education and shown the ropes for what digital ownership can mean for them,” said Greg Harder from MakersPlace.

An alternative to the expansion of curated marketplaces, like MakersPlace, is the emergence of crypto fine arts galleries, like Lydian Slater in New York City. Even though some artists are often excited about the prospect of minting and marketing their own work, others prefer to focus purely on the artwork and leave the marketing to an outside agency. “We started this project to help bridge the gap between the traditional and crypto art worlds… Our goal is to give our artists the tools to mint their own NFTs while providing as much support as they want in marketing, contextualizing and selling their work,” said Alexandro Silver Durán, the Founder and Director of Lydian Stater.

And yet, NFTs have the potential to do much more than simply establish and trade ownership over different types of content. In fact, some of the most exciting applications of NFTs appear to be the combination of different media modalities, ranging from digital art to sound.

Think about it this way. Most artists have created unidimensional content so far. That means a singer simply creates an audio clip or a designer creates a digital graphic. However, artists have the potential to link multiple forms of media together in an NFT and provide differential experiences based on their willingness and ability to pay. Whereas one consumer might only want to hear audio, another might find a combination of digital art and audio more valuable because they can put the digital art on their desktop or create a print in their house. “This combination of multimedia will deliver more meaningful and memorable experiences so that consumers can fully appreciate and engage with the art,” said Soula Parassidis, a world-class opera singer and CEO/Founder of Living Opera,

How much can creators make from these art NFTs? While some NFTs may sell for millions because they cater to the idiosyncratic tastes of certain high net-worth individuals, good art generally already has a large market. For example, Sam Brukhman, a violinist by trade, gathered a team of artists, designers, and producers to create Betty’s Notebook by Verdigris Music sold for $375,000.

The 21-minute programmable art experience is based on Amelia Earhart’s final distress calls in her solo flight across the Atlantic Ocean, containing five unique musical pieces where each piece is divided into four ‘stems’. Each stem contains three audio-visual states that the owner can interact with by altering the musical texture, timbre, and narrative. As the listener toggles between states, the album art visually shifts to reflect the listener’s change, making the art inherently interactive. The master version also contains a limited-edition physical radio piece. “For the first time ever, NFTs are creating an entirely new asset class for musicians… musicians now have the option to sell an ‘original’ piece of music in addition to ‘prints’,” according to Brukhman.

Admittedly, there is still a lot of speculation in the sector. But, any good technology drums up so much interest that everyone piles on before the market eventually settles down. The big question is whether NFTs allow for value creation, and the answer to that is unambiguously ‘yes’.

Christos A. Makridis, research professor at Arizona State University, a digital fellow at Stanford University, and Chief Technology Officer and Head of research at Living Opera.