MarketAxess Holdings Inc. (Nasdaq: MKTX), announced that it has onboarded Charles Li to join its Board of Directors, effective from 13 July 2021.

According to an official press release shared with Finance Magnates, Charles Li, the former Chief Executive of Hong Kong Exchanges and Clearing Ltd (HKEX), has been elected by MarketAxess Holdings Inc., an institutional electronic trading platform, to become a member of its Board of Directors.

Li brings in excess of a quarter of a century of experience to the role with MarketAxess. His extensive knowledge of the Asian market structure will be crucial for the organisation as it increases its investment in the region.

A Chronicle of Li’s Career

Prior to the announcement, Li served as the Chief Executive of Hong Kong Exchanges and Clearing Ltd (HKEX). For ten years, he led its expansion into fixed income, currency and commodities through the acquisition of the London Metal Exchange in 2012. This was in addition to the launch of OTC Clear in 2013 and enhanced mutual market access with Mainland China through the Shanghai and Shenzhen Stock Connect Programs and the Bond Connect initiative. 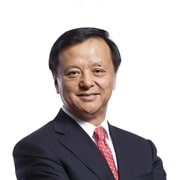 Earlier to joining HKEX, he was Chairman of JP Morgan China from 2003 to 2009. Previously, he had served as President of Merrill Lynch China up to his promotion. Before joining Merrill Lynch in 1994, Li practised law in New York at Brown & Wood and Davis Polk & Wardwell.

Moreover, Li studied for a BA in English Literature from the Xiamen University of China in 1984. Additionally, he earned an MA in Journalism from the University of Alabama in 1988, and later a JD from Columbia Law School in 1991.

This hire comes at a time of ongoing growth in the Asia-Pacific region. Trading activity stemming from Asian participants amassed to $23.9 billion in trading volume for MarketAxess in the second quarter of 2021. This is an increase of 37% year-over-year and highlights the digitization of the Asian bond markets.

Rick McVey, Chairman and Chief Executive Officer, said: “We are thrilled to add Charles to the MarketAxess Board of Directors at a time when fixed income markets are expanding rapidly in the Asia region, and electronic trading is accelerating. As Chief Executive of HKEX, Charles led the firm through a decade of rapid growth by adding new asset classes and embracing electronic trading. His knowledge of market structure in Asia will be invaluable to MarketAxess as we expand our investment in the region.”

“Ever since my involvement with the launch of Bond Connect, I have closely followed the development of the leading global fixed income trading platforms, such as MarketAxess, and believe that they will play important roles in the internationalization of the Asian bond markets. I admire the impressive track record of MarketAxess, and I am truly excited to join the Board at a time when electronic trading adoption is growing in global fixed income markets, particularly as MarketAxess is creating a centralized global electronic marketplace through international expansion. The Asia region is growing rapidly and it is a great time for me to join a global leader in fixed income electronic trading,” Li added.