As we progress further into a hyperconnected world, our dependence on technology has never been more apparent. Groundbreaking technologies continue to shape our modern existence and our reliance on such developments is at an all time high. Certain technological  discoveries serve as a benchmark for the progress of humanity in an ever connected world.

In short, blockchain is a decentralised ledger that records transactions between multiple parties with a focus on efficient and transparency. All transactions are readily available to view at all times, without the influence of a third party. Blockchain is therefore an open ledger made and supported by the people.

With the potential of technology such as blockchain, human influence may be a history but it is human innovation that will always be the foundation of such discoveries. Bright minds such as Nick Chisiu is a name worthy of note. Nick Chisiu is the founder and CEO of Squeezer. Nick Chisiu fronted the brigade of blockchain by working as a consultant for the world renowned company ConsenSys, along with a plethora of equally impressive projects for top 1000 US companies. Before revolutionising the blockchain industry, Nick Chisiu’s background mapped out his future success, with a very respectable background in informatics and Economics in addition to his software development talents.

As far back as mid 2015, Nick Chisiu was ahead of his time. As an entrepreneur Nick Chisiu realised his vision by establishing the Squeezer Framework. Introducing the world’s leading breakthrough in the blockchain industry, Squeezer is the first platform to merge the power with microservices.

Squeezer synergises with multiple microservice platforms, such as AWS, Lambda, Google Function and Azure Functions, to create an all encompassing framework.

Today, Squeezer has realised its potential reflected in an impressive 75,000 downloads monthly by software developers worldwide.

Squeezer Is an Efficient Progenitor of Microservices

The monumental boom of cryptocurrencies in part, can be attributed to the value of blockchain technology. In response, Squeezer offers a solid blockchain connector based on microservices. Allowing developers to access and connect to any blockchain, ranging from BTC, LTC or ETH. The primary benefit of Squeezer is its auto-scalability, allowing users of the framework to scale their application in line with their company needs. Ensuring peace of mind during high or low levels of traffic.

An additional benefit of the Squeezer Blockchain connector is its efficiency. Efficiency is paramount, thus clients are able to seamlessly interact with the blockchain with absolute ease. Indeed, there is no need to deal with strenuous process as the the issue of scalability is solved by the power microservices.

In terms of everyday use and suitability, Squeezer’s has unparalleled benefits for software developers and financial institutions. With over 7000 exchanges and upwards of 40 million software developers globally, this user-friendly platform has particular focus on security, efficiency and reliability. 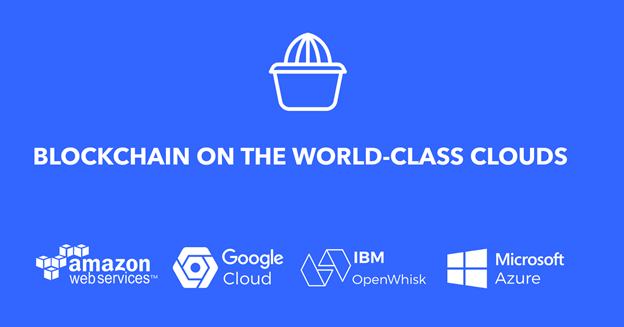 The cogs that put the Squeezer platform into motion are powered by the SQZR token. These tokens are what pays for the subscription to the Squeezer platform and also fund the expert consultancy service from the Squeezer team. The token sale is already underway and are available until May 31st and over 4 million tokens have already been sold.

The softcap is 3,850,000 SQZR which was reached within just a few hours from launching. The hardcap is 154,000,000 and the Squeezer token is still on. Early contributors can take advantage at this stage of the token sale, with a massive 40% bonus. Tokens will be delivered 10 days after the token sale and at the end of the sale, all unsold tokens will be burned. In turn, increasing the value of all remaining tokens in circulation.

Join the blockchain deapps revolution, led by Squeezer. Get involved in their token sale or find out more information by reading their whitepaper.