It’s 2020 and suddenly, it seems as though every fintech company is trying to be a bank–er, almost a bank–anyway, something very similar to a bank.

Payments, custody, and other personal financial services seems to be the new black, at least in Big Tech; among others, Apple, Uber, Venmo, Square, Facebook, and (most recently) Google are now at the forefront of what seems to be a growing movement toward tech- and fintech-based banking “alternatives.”

But if we look a little bit closer, it quickly becomes clear that Big Tech’s push into personal finance has been slowly building over the last two years, particularly in the United States.

For example: Apple and Goldman Sachs partnered up to launch the Apple Card–which has now facilitated the lending of over $10 billion to users–all the way back in May of 2018; Venmo was launched all the way back in 2009, although it didn’t come close to its current popularity until the latter half of the 2010s. Other companies have been steadily tacking on personal finance services offerings.

However, the trend may not have been truly realized until the advent of Facebook’s Libra, when a tech company with a US$624.7 billion market cap–one of the largest entities in the world–made plans to offer a global financial network that, in many ways, walks and talks and looks like a bank, and may, in fact, be a bank (part of Libra’s stated mission is to “bank the unbanked.”)

While the launch of Libra has been stalled by regulators across the globe, the tech industry’s trend toward offering personal financial services seems to be alive and well. What’s driving this trend forward?

The incentives behind this push toward offering financial services seem to be pretty clear–having access to users’ personal finances has the potential to provide massive new streams of revenue, including highly sensitive (and highly valuable) personal data.

And the simple fact is that many of the companies that are involved in these fintech pseudo-banking initiatives may be in sore need of new streams of revenue. When Apple and Goldman Sachs announced their partnership nearly a year ago, the Wall Street Journal reported that “both companies are seeking new revenue sources as their bread-and-butter businesses struggle.”

Big Tech will push deeper into finance this year — but avoid the ‘headache’ of being a bank https://t.co/oFEsTpE0cx

Indeed, Daniel P. Simon, chairman of the Museum of American Finance communications board and CEO of global financial communications firm Vested, also pointed out that “there is a Darwinian struggle for fintech dominance right now, with no clear winner in sight,” he said in an email to Finance Magnates. 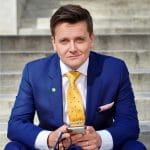 This could be partially due to the fact that the tech industry, by its nature, is constantly being reinvented by smaller and more efficient companies: “technology has lowered the barrier enough to make success in fintech a lucrative proposition, with huge potential to scale.”

Libra is currently tied up in regulatory discussions, but crypto could still play an important role in financial innovation

And although Libra’s cryptocurrency-based system seems to be on the regulatory rocks at the moment, it’s quite possible that blockchain and crypto-based systems could be an important part of tech’s push into finance.

After all, blockchain and cryptocurrency could provide safer and more efficient systems for fintech companies to interact with users and banks, and for banks to carry out their own internal operations.

Indeed, a spokesperson for San Francisco-based money transfer business Veem pointed out to Finance Magnates that as of 2019, “most payments were still facilitated by the SWIFT system—a network created in the 1970s that hasn’t been updated at all.” Using traditional banking systems, sending an international bank transfer can still cost upwards of $50, or even more for large transactions.

As such, there is room for improvement–and an opportunity for companies with innovative technology: “new fintech firms are proving that traditional payment rails can be combined with web dashboards, business software and new technology, like blockchain, to put the power of payments back into the hands of the users themselves, saving time and money while increasing security.”

In Veem’s view, “banks have taken notice and understand that ‘the best way forward is to join them.’”

Similarly, Lorenzo Pellegrino, chief executive officer of London-based traditional payments company Skrill, told Finance Magnates that he believes that “cryptocurrencies will play a large role as the payment industry evolves,” but that they would not replace “traditional financial systems”; instead, “they will be complimentary…not in an all-out competition as some perceive them to be today. 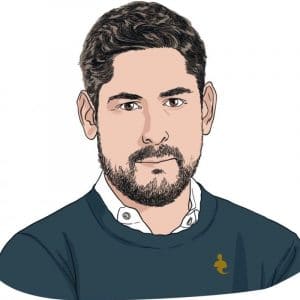 Pellegrino added that companies like his own could “act as gateways, assisting in its adoption.”

What could the consequences of fintech’s push into personal finance be?

In the short term, it seems as though users and consumers seem to be the clear winners: “Short-term, the appearance of so many banks means better and more choices for the consumer, driven by intense competition,” Simon said, pointing to the phenomenon of “how robo-advisers drove management fees down, culminating in Schwab’s announcement that it would remove trading fees altogether.”

However, in the grand scheme of things, “it’s uncertain, “ Simon continued, making a comparison to ridesharing apps: “[they] were hailed as a necessary addition to the transportation landscape, yet now face criticism over the broader societal impacts of the gig economy they helped create.”

It’s certainly a possibility that the difference in the philosophies between the banking and financial industries seems to have the potential for dissonance somewhere down the line: “tech wants to move fast and break things, but this mindset doesn’t translate well to finance,” Simon said.

As such, “fintechs should understand they aren’t creating a new industry, they are entering a highly-regulated and systemically important space.”

“Founders from outside any industry will invariably have blind spots, but an overlooked blind spot in finance can result in a letter from the SEC. A thorough understanding of the regulatory space in which you’re operating will minimize the chance of the feds showing up at the door.” 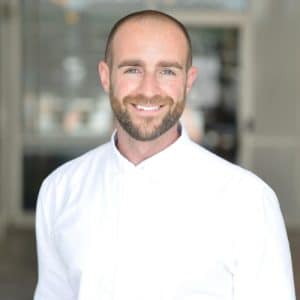 “Depending on how you interact with a consumer you may need a money transmitter license, banking charter, or other licenses that can take millions of dollars and years to be approved for. Furthermore, dealing with people’s personal financial data is sensitive and security is paramount.”

As big tech companies accelerate their involvement in finance, what are your biggest concerns? https://t.co/YbJ1sXK9Ho #fintech #NewEcon #IMFmeetings

Kane remarked that instead of moving fast and breaking things, “there is a better saying which comes from the military–’slow is smooth, smooth is fast’–if companies want to enter this space, they need to be smooth.”

Therefore, tech companies entering into personal finance should at least consider treading lightly; according to the law, there’s an important distinction between looking like a bank and actually being one–a distinction that fintech companies must respect.

Bill Repasky, financial services and technology attorney at Kentucky-based law firm Frost Brown Todd, told Finance Magnates that “it is important to understand that just because an app stores consumer payment information does not make the app provider a bank, per se.”

Indeed,  in the US, “under federal and state laws and regulations, the definition of who is and is not a bank is tightly controlled. An app may be able to access bank information, aggregate it or message it, but it generally is not a true bank. The banks still hold a monopoly over the fundamental aspects of moving money, whether by paper check, ACH or wire transfer.”

The benefits offered by “Big Tech” firms in finance, along with issues like #privacy, market concentration, and regulation was debated at the #IMFmeetings this week. You can watch the event here if you missed it. https://t.co/zJXsC4bpLR #fintech #NewEcon

Therefore, even the apps and platforms that may look and act the most like banks are not legally considered to be banks. “For example, even the most discussed Venmo payment systems product, and its digital custodial wallet feature, falls under the new prepaid card rules issued by the Consumer Financial Protection Bureau effective April 1, 2019,” Repasky said.

And there’s likely going to be coming down the pipeline that’s likely to have important implications for fintech companies breaking into banking and personal finance.

However, fintech firms and other interested parties currently have an opportunity to give their input on possible regulations: specifically, Repasky pointed to the ‘Information Collection for Innovation Pilot Programs’, which is an initiative by the United States’ Federal Deposit Insurance Corporation (FDIC) to “[request] comments on its efforts to foster FinTech innovations that can benefit consumers in the financial marketplace.”

Repasky explained that “what may be particularly salient here is the FDIC’s important role in protecting the safety and soundness of traditional financial institutions, like banks, and its highly coveted insurance protection for consumers’ deposits at those banks.”

Therefore, Repasky believes that with the right input, the FDIC’s regulations could actually help with innovation rather than hinder it.

“In my opinion, one of the principal impediments to FinTech innovation and adoption in the consumer space is the ability to create trusted and perceived safe custodial and transactional platforms,” he said.

“The FDIC’s interest in working collaboratively in the innovation process may be a step in the direction of conquering this important hurdle.” (And, by the way, February 13th is the deadline for submitting comments to the FDIC.)

“Companies that stake their future on the way things are in the present leave themselves wide open for disruption.”

Of course, there is quite a fine line between taking the necessary legal precautions and falling behind in an innovative sense–therefore, solid strategy is key

Indeed, “the only constant thing is change,” Daniel Simon said. “Companies that stake their future on the way things are in the present leave themselves wide open for disruption.”

Therefore, “be bold, reward courage and think ahead, lest some college dropout steals your market share because you were so attached to your horse-drawn carriage that you couldn’t think of any other way to move people from A to B”–but be safe out there, kids.

Bitcoin Is for the Young and Gold for the Old, Says JPMorgan

Sundays Are the Perfect Time to Buy the Bitcoin Dip, Data Shows

Someone Transferred a Billion Dollars in Bitcoin for Less Than $5

CySEC Blacklists Six FX and Cryptocurrency Domains
We and our partners use cookies on this site to improve our service, perform analytics, personalize advertising, measure advertising performance, and remember website preferences.Ok