Who owns you? Do you own yourself or does some other entity own you? Does that entity own the rights to your property, your ideas or your ability to work? Do they own a portion of those things? Are corporations, communes, partnerships and governments just legal fictions that we create or do they have actual weight simply because we contract with one another and fail to opt out of participating in their contractual existence?

These notions have been long debated in English, Austrian and French circles for the better half of the last millennium, and their ideas culminated in the creation of modern, Western democratic republics. The best (and sometimes the worst) example of this is the United States of America. But this is about Bitcoin—not politics. Or is it?

The complexity of thought that has gone into creating the great Western legal standards that permeate the U.S., U.K., The Commonwealth, and much of the EU is poorly understood because it is incredibly complex. As such, Bitcoin has rhetoric of hyper capitalism, but it is managed almost entirely by adherence to Marxist principles of the “creative commons,” which is a major undermining of property rights. 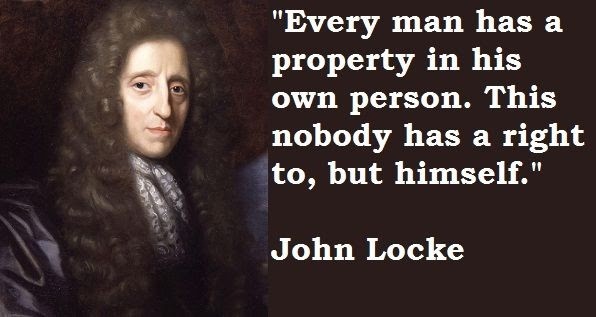 With the varying national and individual notions of ownership, come a number of gray areas. This is why lawyers, judges and courts exist, and it is the reason why there is an increasingly complicated application of case law developing around the proper use of digital property and data in the internet age. Digital rights can be complicated, but standards do exist even in open source development, and this is a good thing! Even if truth and justice spend generations in exile, rights to them can (and perhaps must) be claimed and restored for the sake of everything we hold dear.

A song writer may write a song for which he owns the rights. However, the rights to the distribution of the recording are typically a separate product for which a record company retains different rights in a license. This is why musicians tour. They own the music and earn money by the performance (but not the distribution) of the songs.

However, there is a question of digital encoding of music. If someone downloads a song in a lossless format, it is a binary series of “1s” and “0s,” owned by the distributor. However, if the song is reformatted in some way, it becomes a separate series of “1s” and “0s” which is a unique arrangement of electrons—meaning that it is physically a different thing than that which is owned by the record company. Or is it?

Sometimes, malicious specificity doesn’t hold up to honest scrutiny. While a different encoding of a song may be technically different at a subatomic level, for anyone who plays the song on speakers, the song is not practically different. At some level, Sweet Caroline is always Sweet Caroline—unless you change something fundamental about the song. 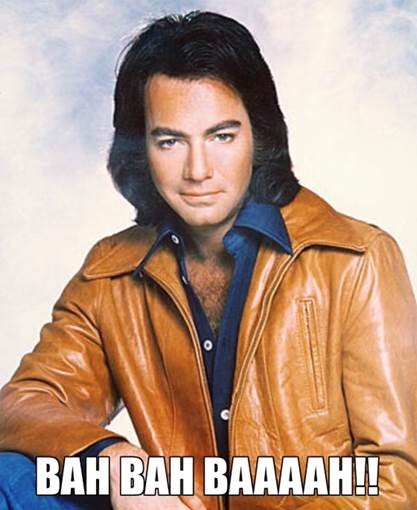 This is also applicable to Bitcoin.

Google Chrome is a free, proprietary browser built on the open source Chromium framework. Microsoft Edge Browser is also a free, proprietary browser built (in part) on the Chromium framework. Both browsers are modified implementations of an open source code based on the Chromium protocol. Similar examples include Litecoin, Dash and Dogecoin. They are separate and clearly delineated implementations of the open source Bitcoin protocol.

Developers may utilize Chromium freely, and make modifications of it in their own implementations of browsers. This is in accordance with the Chromium license, industry conventions of open source development and truly; generations of intellectual property law. So too is the creation of Litecoin, Dash and Doge. They are forks of the Bitcoin protocol.

But what is BTC? What is BSV?

The Bitcoin protocol is defined by the white paper, and it was given to the world as an open source software, issued by Satoshi Nakamoto with a very clear, specific governance model and an MIT license to the database rules which granted rights for people to implement “Bitcoin” (the network) using “bitcoin” (the protocol), or to implement other networks with other names if one desires to change the protocol.

However, neither the license, nor the specific governance model in the white paper allow for a change in database protocol to retain the “bitcoin” name. Just like Sweet Caroline is Sweet Caroline, or Chromium is Chromium, with all sincerity: Bitcoin is Bitcoin. And to change the definition of the issued database protocol, networking protocol or its governance model without expressly changing its name is a violation of licensing conventions—and the law. Furthermore, Satoshi Nakamoto never relinquished his rights to the license nor to the database protocol. Interestingly, when the source code was moved to GitHub, “Bitcoin Developers” added themselves to the license with Satoshi Nakamoto for a number of years. Recently, the Bitcoin Developers and “Bitcoin Core Developers” have removed Satoshi Nakamoto from the copyright altogether without any permission to do so. A fitting act to punctuate their disdain for Bitcoin and its creator.

Aside from being distasteful, this license change is also an example of theft. While some courts have been cavalier with the level of appropriate punishment for theft of digital property in violation of licenses, the case law surrounding the illegal modification of the copyright and ownership of the license itself is a particularly brazen act of vandalism. This needs to be weighed carefully for its level of subterfuge against the original owner of the property. If not properly considered, courts may set the precedent that community software developers can undermine the rights of creators regardless of the careful choices they make about retained ownership to the protocols that they license to the world.

So what happens next?

Well, Neil Diamond (or whoever owns the rights) probably won’t be letting anyone re-release Sweet Caroline with a different chorus unless they specify that it’s a remix, and it’s unlikely that a fundamental change to Chromium will be made in violation of its license. Why do people expect “The Bitcoin Core Developers” to be able to eliminate the original copyright holder without permission? They did not receive permission to fundamentally change the license, nor did they ask the license owner about changing the governance model, signature schema, definitions of the database or networking protocols. But they did decide to assume the right to use the name “Bitcoin” for their heavily modified fork of the bitcoin protocol passing itself off as “the” Bitcoin network/database.

Perhaps we all should take a closer look at the foundations of the culture of the Western hemisphere. Property rights, liberty and individual sovereignty apply to the product of anyone’s labor. Regardless of worldview, the creator of a database protocol is its owner, especially when he licenses it clearly! Neither the distribution of nodes nor the keys to the repo change that fact—at least not if our society is to remain civil and respectful of property rights.

“The arc of the moral universe is long, but it bends towards justice.” – Theodore Parker

Whales own 40% of all Bitcoin – are they manipulating the market?

Crypto Trading Strategy: How to Use Funding Rates to Buy the Dip

Bank of Singapore Says Cryptocurrencies "Could Replace Gold as a Store of Value" but Unlikely to Displace Fiat Currencies – Economics Bitcoin News
We and our partners use cookies on this site to improve our service, perform analytics, personalize advertising, measure advertising performance, and remember website preferences.Ok