Ether is set to face its largest options expiry date so far in 2021 in what a Cointelegraph report has called a “make-or-break” moment for ETH markets. More than $1.5 billion worth of open interest in ETH will be settled on June 25th.

The upcoming expiry is 30 percent larger than the one that took place on March 26th, which coincided with a 17 percent plunge in the price of Ether over five days, bottoming around $1550. However, following the March expiry, the price of Ether rallied nearly 60 percent within three weeks.

Now, analysts are wondering whether Ether’s next moves could follow along a similar trajectory. 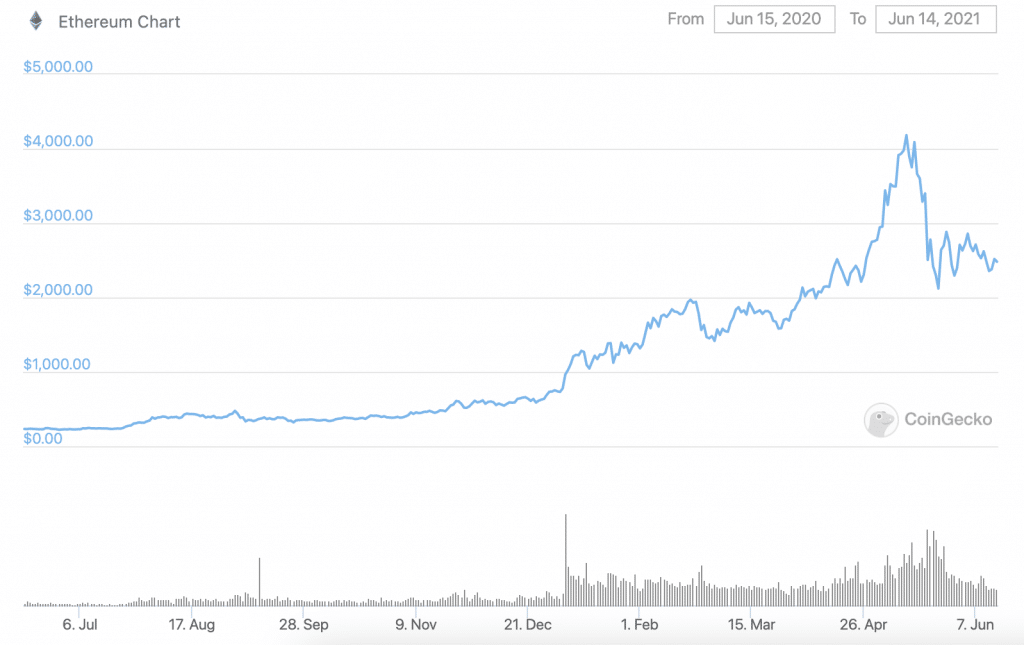 The expiry in June holds more than 638,000 Ether contracts, equivalent to roughly 45 percent of Ether’s total of $3.4 billion in open interest.

According to CoinTelegraph, there’s a “disproportionate amount” of call options at and above $2200. Therefore, if Ether’s price on June 25th is below this level, then “73 percent of the neutral-to-bullish options will be worthless.”

By contrast, most of the protective “put” options have been opened at or below $2100. As a result of this, 74 percent of these options “will become worthless if the price stays above this level.”

At press time, the price of ETH was hovering around $2500. It’s unclear where the price will head over the next several weeks. However, if this expiry is anything like the expiry in March, the ETH price could be headed for a bit of a rollercoaster ride. 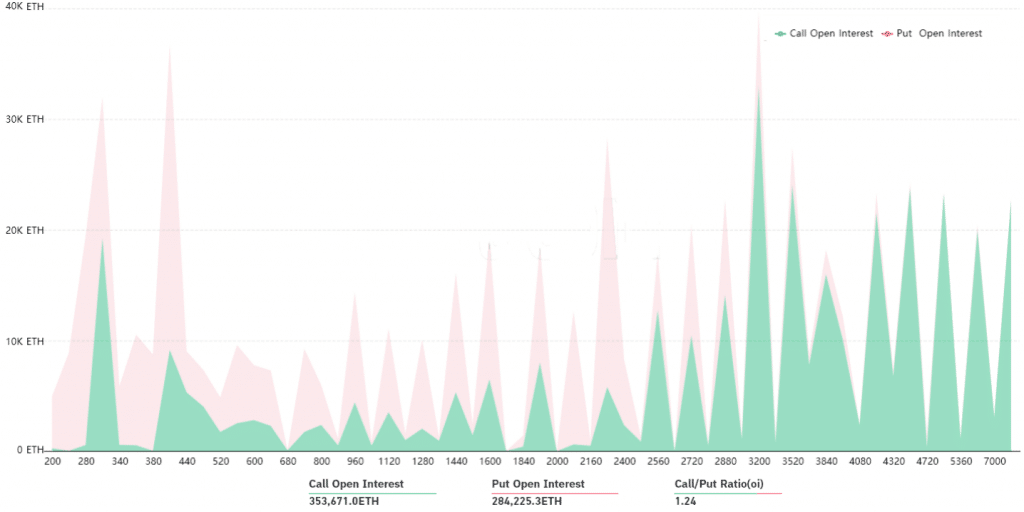 On March 11th, the ETH mining community organized a “show of force” against EIP-1559, which began to bring the price of ETH down in the weeks preceding the March expiry.

However, the price of ETH saw a fairly quick turnaround in the days following the expiry on the back of some positive news. The Visa payment network announced that it had plans to begin using the Ethereum blockchain to settle fiat transactions on March 29th.

Then, on April 15th, the Ethereum network successfully implemented the Berlin upgrade, which caused highly-anticipated drops in transaction fees.