Ethereum (ETH), the second-ranked cryptocurrency has now overtaken Bitcoin (BTC) based on the number of unique addresses. While this stat doesn’t in itself tell the full story, another surprising statistic has emerged. Ethereum has for the first time surpassed Bitcoin in the number of active addresses. With some experts believes that the so-called “flippening” is at hand, this news might be a precursor to the event.

According to the figures on Etherscan, there are now 35 million unique ETH addresses. This figure represents a 100 percent increase since December 2017. The second-ranked crypto based on market cap is reportedly adding an average of 100,000 addresses per day. A comparison with Bitcoin is no longer possible since the main blockchain explorer doesn’t provide data on unique addresses anymore. However, the last known figures for Bitcoin addresses was 24 million in March. At the time, Ethereum’s figures stood at 31 million, a difference of 7 million.

It is important to note that 35 million addresses don’t mean that there are 35 million ETH users. One person can have more than one cryptocurrency address. Also, smart contracts also count as addresses in ETH. However, Coinbase does list 20 million users, and the FSA of Japan says there are 3.5 million users in Japan. Adding figures from South Korea, the total number of ETH users might not be too far away from 35 million. One thing though is sure, Ethereum now has more active addresses than Bitcoin. There are 550,000 active ETH addresses as against 472,000 BTC addresses.

The fact that there are more active Ethereum addresses than active Bitcoin addresses is particularly significant. The default setting for ETH wallets is that addresses are re-used all the time. However, for BTC wallets, each incoming transaction uses a different address. The reason for this on Bitcoin wallets is to avoid address re-use. Consequently, there should be fewer active Ethereum addresses per unit of activity when compared to Bitcoin since addresses are being re-used. Thus, for ETH to outstrip BTC based on active addresses, it means that Ethereum is seeing more crypto activity than Bitcoin. Also, the variance in activity between the two cryptocurrencies is even more substantial than the 78,000 difference as shown in the figures above. 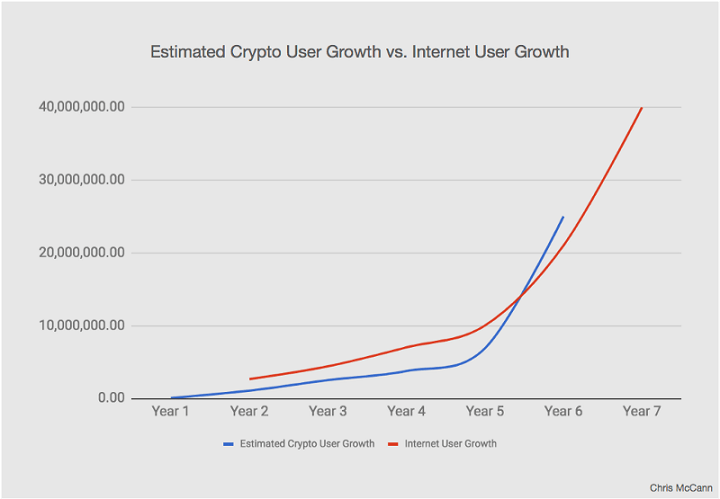 While ETH might have overtaken BTC in the number of active addresses, the number of active users for both cryptos still shows the nascent nature of digital currencies. Despite the significant attention on blockchain and cryptocurrencies, everyday use is still miles away from levels when it could be said that cryptos have fully gone mainstream. However, when compared to activity levels on the internet in the early 90s and 2000s, cryptos appear to be following a similar trajectory. Before the birth of social media and powerful search engines, the internet wasn’t exactly mainstream. If cryptos follow the trend set by the likes of Facebook and Google, then the future might be dominated by the internet of value.

With Ethereum addresses surpassing Bitcoin addresses, does it mean that the flippening; the point where ETH upstages BTC, is at hand? Keep the conversation going in the comment section below.