Bitcoin Dominance rose to 63 and Bitcoin was trading at $13,676 at press time. The altcoin market was registering some losses for the day, but a pullback on Bitcoin could see the red for other assets in the crypto space in the coming days. EOS exhibited a bearish divergence, and Stellar Lumens appeared to be forming a bearish pattern that was yet unconfirmed. Synthetix closed beneath a bearish triangle and could post losses in the coming days. 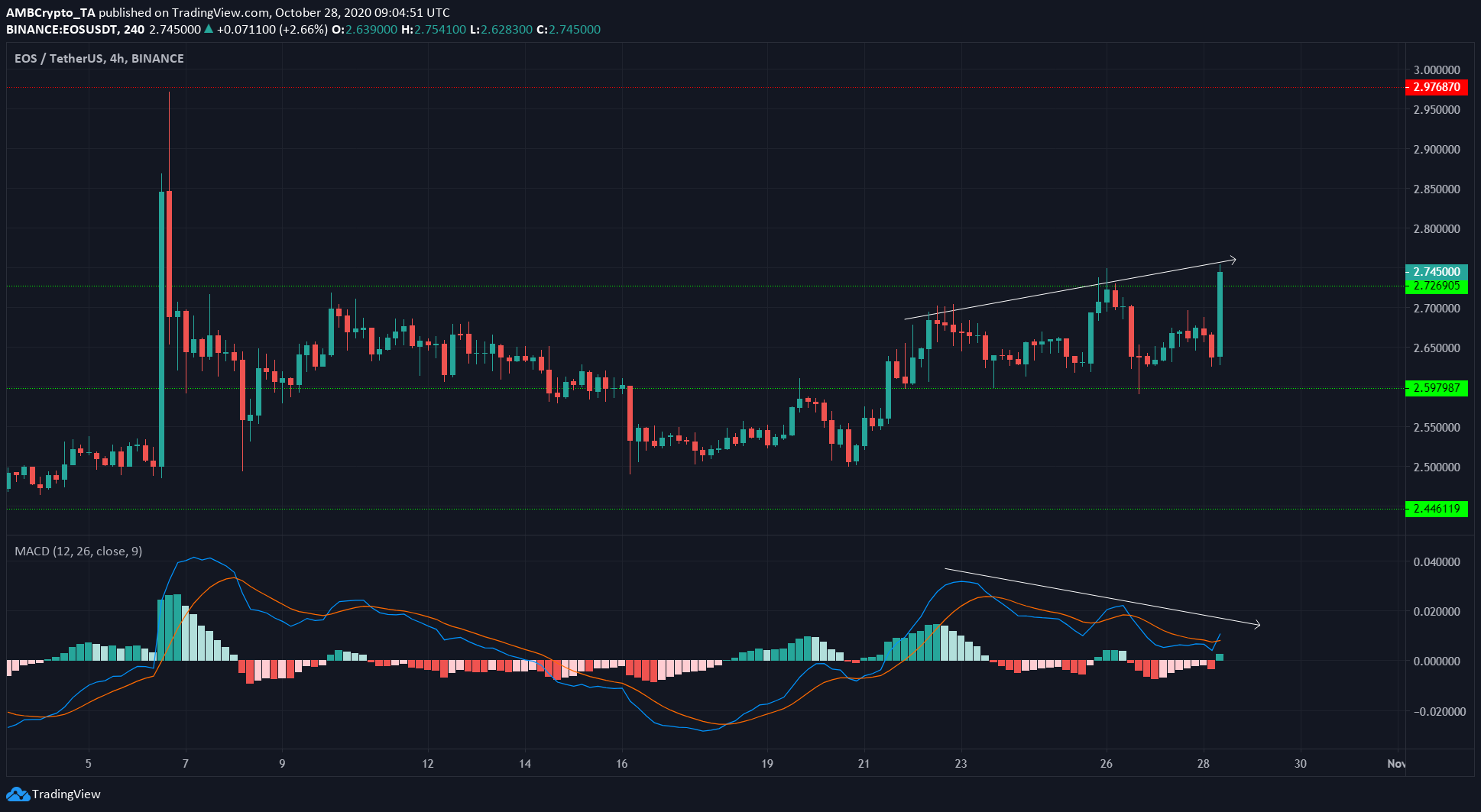 The bearish divergence (white) showed the price registered higher highs while the bullish momentum waned. The white trendline on the price chart also formed the upper side of an ascending broadening wedge whose base was at $2.62.

This is a pattern that generally breaks out to the downside, and the bearish divergence suggested that a drop in value for EOS might be in store. 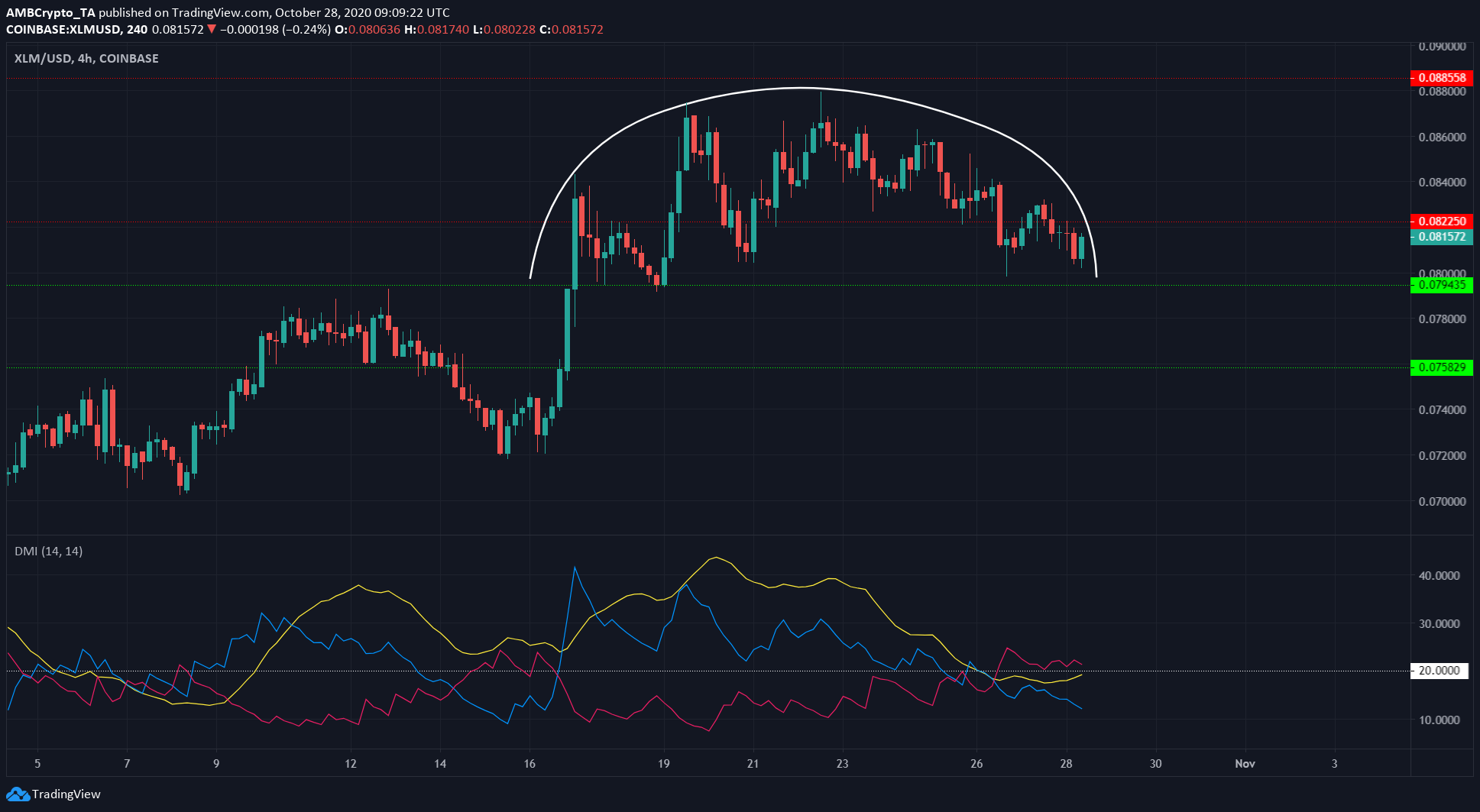 Stellar Lumens appeared to be forming an inverted cup. A break below the rim of the cup, at level $0.079 which is also a support, could see XLM move as low as $0.072.

The Directional Movement Index was also inching toward 20 and moving above would indicate a strong trend. The -DI (pink) showed the bearish nature of the trend. 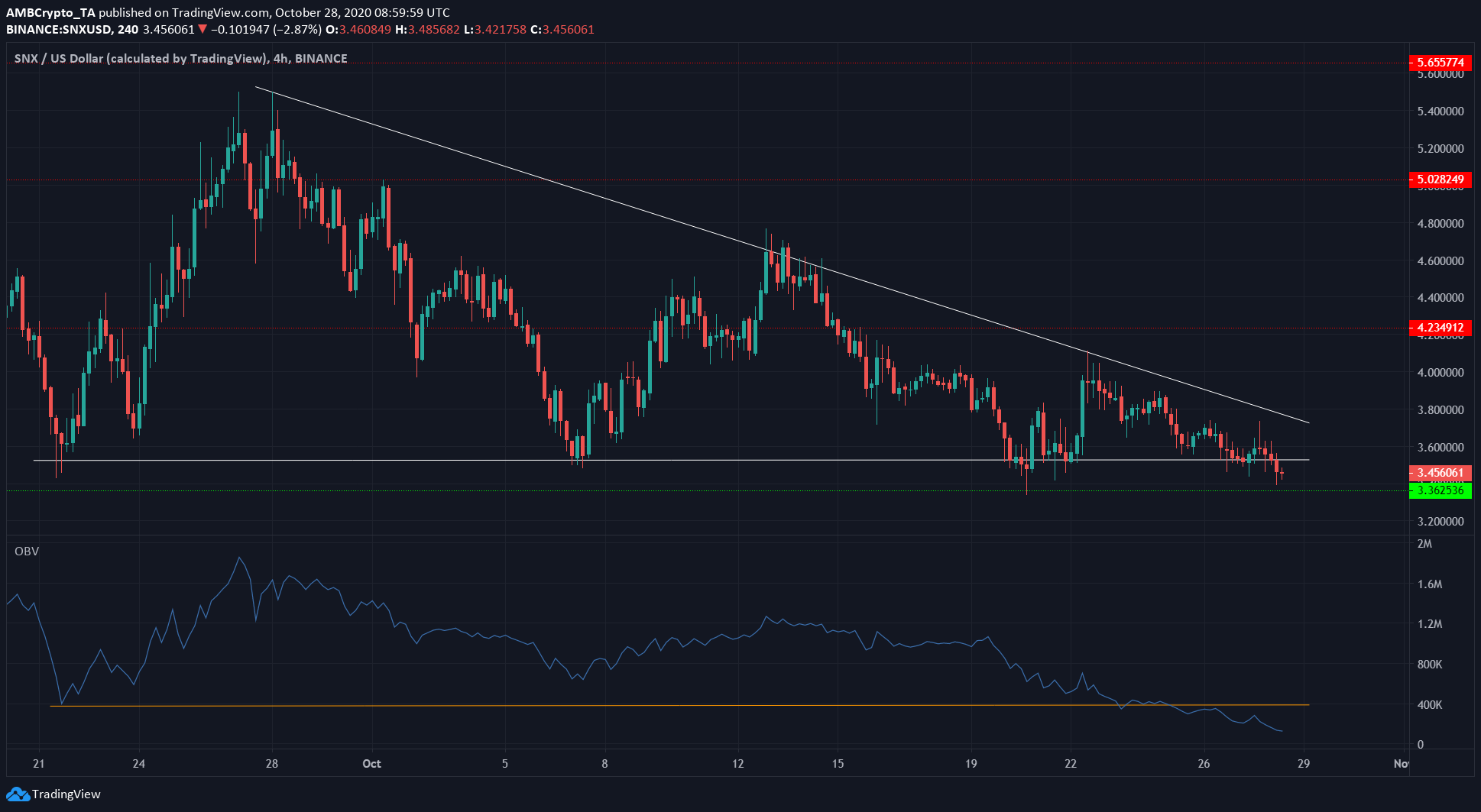 Synthetix Network was forming a descending triangle, characterized by successive smaller bounces off the same level of support at $3.48. The OBV was also trending lower in the past weeks.

Recently, the price closed beneath the base of the triangle. Alongside, the OBV also dropped beneath the floor it has maintained above for a month (orange), indicating that buying volume was quickly dwindling as bears took control of the market.

Coinsquare Applies for Regulated Crypto Marketplace in Canada
We and our partners use cookies on this site to improve our service, perform analytics, personalize advertising, measure advertising performance, and remember website preferences.Ok