As the DeFi space has continued down the path of exponential growth over the last several months, there are a number of important questions arising about the future of the cryptocurrency industry.

In particular, crypto holders now more than ever are wondering which assets will stand the test of time, and which will not.

This begs another question: as some cryptocurrencies continue to grow, while others fade and disappear, what will happen to the industries that power their networks? Specifically, what will the future of the mining and staking industries be?

Taras told us about the ways that mining space is changing as Proof-of-Stake grows in popularity, about renewable energy in the blockchain mining industry, and about the future of digital assets.

The following is an excerpt that has been edited for clarity and length. To hear Finance Magnates’ full interview with Taras Kulyk, visit us on Soundcloud or Youtube.

We asked Taras about how Core Scientific is gearing up for the growth of the DeFi space. Because the DeFi ecosystem is largely built on top of networks that run on Proof-of-Stake (PoS) algorithms, Proof-of-Work mining operations are not as commonly needed to operate DeFi applications and networks.

However, PoS networks do require their users to operate nodes and to stake their coins: these ‘staking’ operations are often handled by third parties.

Taras explained that therefore, Core Scientific is “looking at being a vendor-of-choice for master nodes,” and that the company will soon be announcing “some protocols that we are working with for [staking] and all of the derivatives of that.”

At the same time, “I’d be very careful around what’s going on with DeFi,” Taras said.

“I was around in crypto in 2017 during the ICO phase. With the regulations hardening up around raising capital, a lot of these DeFi projects that are essentially doing unregulated capital raises need to be very careful, especially around where they are getting money from.”

Specifically, Taras said that “If they’re not doing it in a ‘proper’ way, then there will be a lot of prosecution, as has gone on during the 2017 ICO days.”

We also spoke to Taras about the discussion around proof-of-work versus proof-of-stake.

“I think they each have their own merits, benefits, and (obviously) drawbacks,” he said. For example, “one of the big drawbacks of Proof-of-Work is that it’s capital intensive.”

“People claim that the amount of energy that’s required to secure the BTC network right now is massive, but if you look at the amount of power that’s used in just the lightbulbs of every bank within the US.”

Indeed, “the existing financial system requires huge amounts of infrastructure: buildings, facilities, HVAC, servers. There have been reports that show that BTC (as it is now and for the foreseeable future) won’t be even close to that power-draw.” 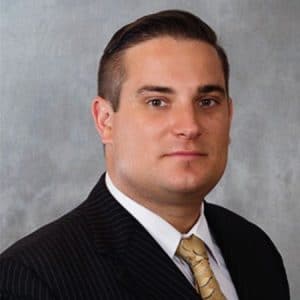 Additionally, the use of renewable energy is becoming increasingly popular in Bitcoin mining operations. “One of the things that Core Scientific prides itself on as well is the fact that we have a fairly strong renewable power mix.

“There’s a lot of emphasis on the renewable power scene within digital mining,” Taras said., adding that he regularly communicates “with parties that are essentially looking at stranded renewable energy sources and turning them into useful power sources for digital mining.”

For example, “when you have a wind farm that doesn’t necessarily have the use that it’s been built for, you can plug in a containerized solution and get that humming to create value in securing the blockchain network.”

Proof-of-Work Is Here to Stay

But even as PoS becomes more popular and the emphasis on more sustainable practices in the cryptocurrency industry continues to grow, Taras does not believe that PoW will ever be totally abandoned: “Candidily, Proof of Work has shown that it is a very stable method of securing a blockchain.”

Therefore, “I don’t think that PoW will ever disappear at this point, based on the resilience that it’s shown across the BTC network.”

Of course, “there are a ton of different projects out there that are doing their own derivations of BTC…the market will dictate who the winner of the ‘great race’ will be.”

In the meantime, “discerning investors really need to be aware of what to expose themselves to from a capital risk perspective,” Taras said.

“I think that the top 10 or 20 coins will probably be there for the long haul, aside from some of these DeFi coins that are extremely volatile.”

Still, despite the volatility that is continually causing controversy in cryptocurrency markets, “I think that 2020 is the year that people will look back at as the year that people realized that digital assets are not going anywhere–that the ‘flash in the pan’ that a lot of folks thought crypto was is not necessarily the reality; that it really is becoming an integrated component of the financial system.

“The biggest announcement, from a North American policy perspective, was really the OCC letter allowing federally regulated banks to do business with cryptocurrencies,” he continued. “That change (a) caused a massive run-up of the price of BTC within 48 hours of the announcement, which is the bellwether of the industry.”

More importantly, the event “also probably opened a lot of eyes to the fact that this really is going to be integrated into the financial system.”

“Digital assets really are coming out of the basement and into the boardroom.”

“When it’s no longer only trust companies and custodians with specific designations holding crypto, but now your bank, your Wells Fargo, or Bank of America. Once they go into business, and they can actually transact for you, that level of obscurity that people were talking about before with crypto, is no longer there.

“Digital assets really are coming out of the basement and into the boardroom,” he said.

Taras explained that therefore, Core Scientific is positioning itself to be “that player going into the boardroom.”

“What we’ve seen in the market is that there is a ton of interest from larger institutional players. Foundry Digital [recently] announced that they’re going to be providing financing to BitMain customers; there was another recent announcement by Fidelity that they’re going to be launching a brand new fund; Anchorage has been raising capital like crazy, and Galaxy Digital has raised hundreds of millions of dollars.”

Of course, “in the general financial scheme, this is still a drop in the bucket. But in finance, things grow pretty quickly once the wedge is in.”

For example, “in the past two months, $90 billion of AUM funds have disclosed that they now, for the first time, have crypto or digital assets within their portfolio holdings. Not a lot, it’s still like, $30 or $40 million, which is a small percentage, but now that their investment committees have made the decision to gain the exposure, that’s all you need.”

“That exposure, and that ability to say ‘yes, that’s now part of our portfolio and our AUM’. That will only grow.”

“The Seeds Are Already Planted.”

Still, meaningful adoption of cryptocurrencies into the ‘mainstream’ financial system will take time.

“Full integration will probably be three to five years,” Taras said, drawing a comparison between the integration of crypto and the adoption of the internet into financial systems in the early 2000s.

“[Think of] how long it took you to be able to transact using a browser for bank needs from when they were first available,’ he said.

And, just like the early days of the internet, there will continue to be bumps in the road: “there will be a ton of bankruptcies and foreclosures within the crypto space, but the leaders that stay will become either assets to be acquired by the ‘majors’ or will become ‘majors’ in their own right.”

For now, though, ‘the seeds are already planted’.

The following is an excerpt that has been edited for clarity and length. To hear Finance Magnates’ full interview with Taras Kulyk, visit us on Soundcloud or Youtube.