Decentralized exchanges (DEX) are starting to attracts some reasonable volumes with myriads of tokens you probably have never heard of now exchanging hands daily to the tune of combined trading volumes currently standing at $22 million for DEXs operating on ethereum’s blockchain.

One of the most used currently is IDEX, which has been one of the top burners of ethereum gas for some time, accounting currently for 5.45% of all on-chain ethereum transactions. 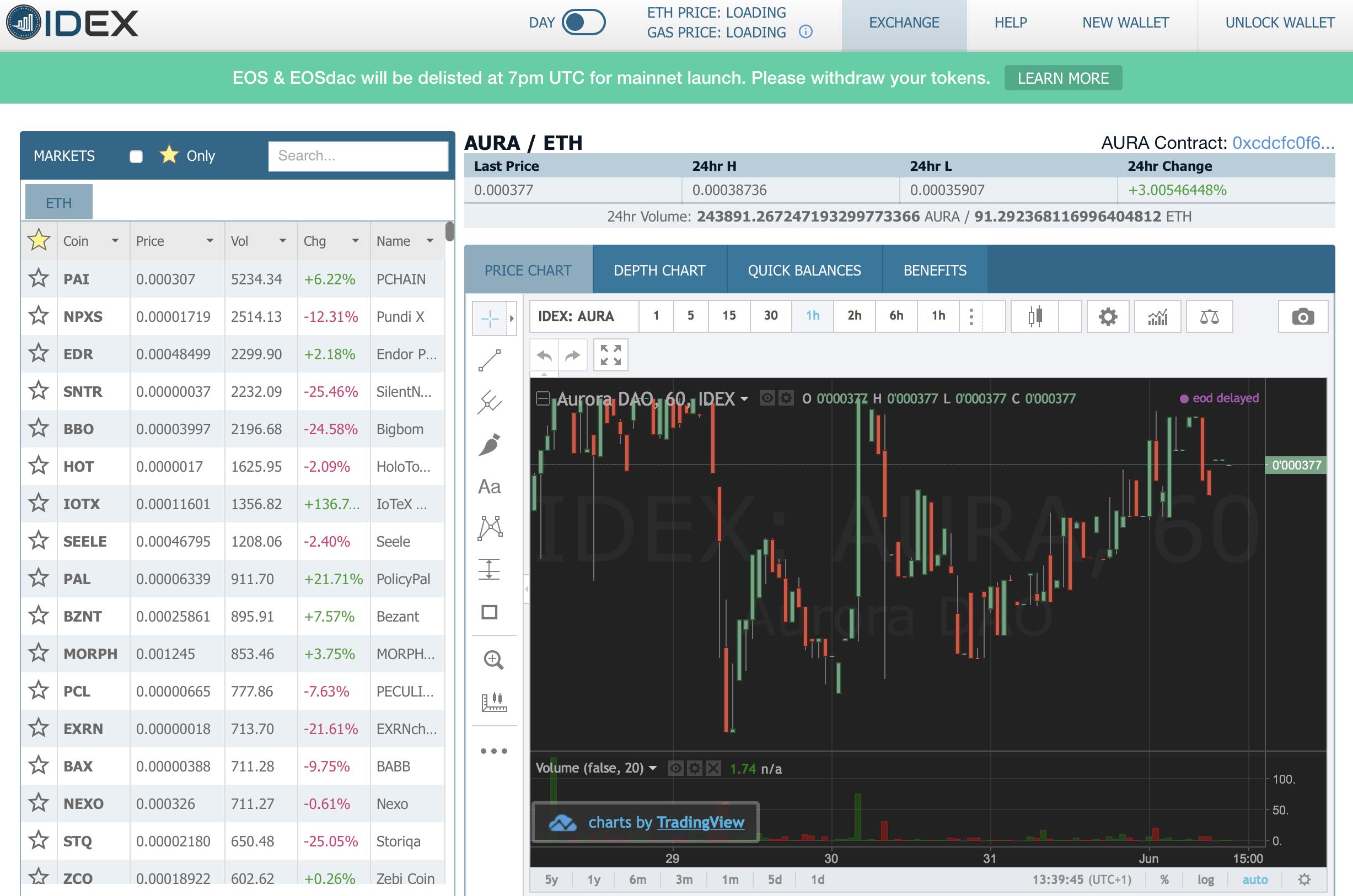 The decentralized exchange currently shows a number of tokens we’ve never really heard of. That’s presumably attracting some liquidity as being the only one to offer a market means no competition.

They are currently processing some $15 million in trading volumes for the past 24 hours, the highest of any decentralized exchange. Bancor follows, currently handling some $6 million. 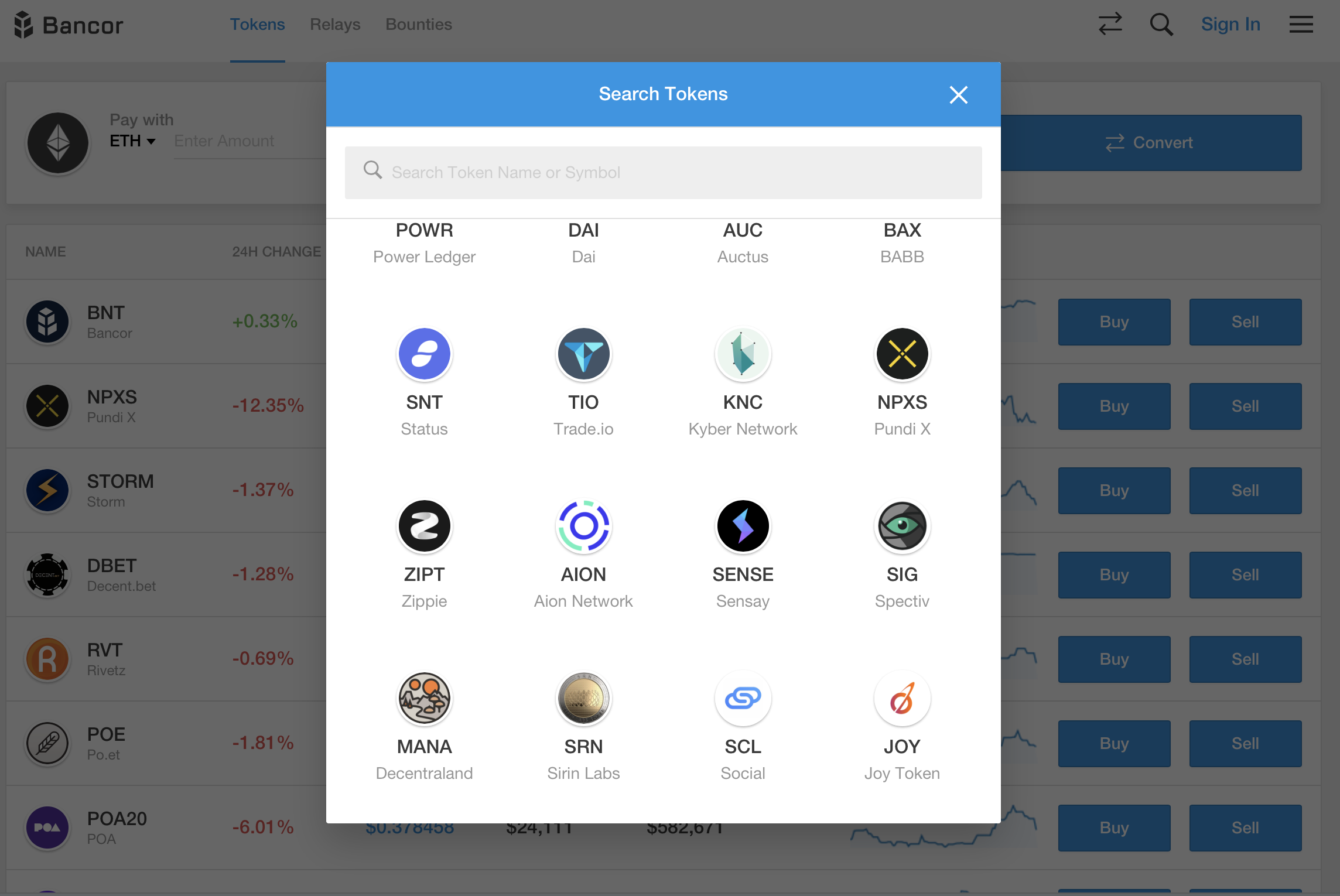 Bancor is somewhat different to traditional exchanges we’re used to as they do not have a sell or buy order. It is more of a decentralized broker in that regard, offering you a fixed amount of a certain token for say one eth or indeed any other token.

On Bancor, fairly uniquely, you can buy Kin with Bat, or really any combination you want, but we haven’t checked what premium, if any, there are on the different options.

For third position there is quite a bit of competition but ForkDelta, a fork of EtherDelta, is slightly edging higher in trading volumes at the time of writing, handling some $580,000. 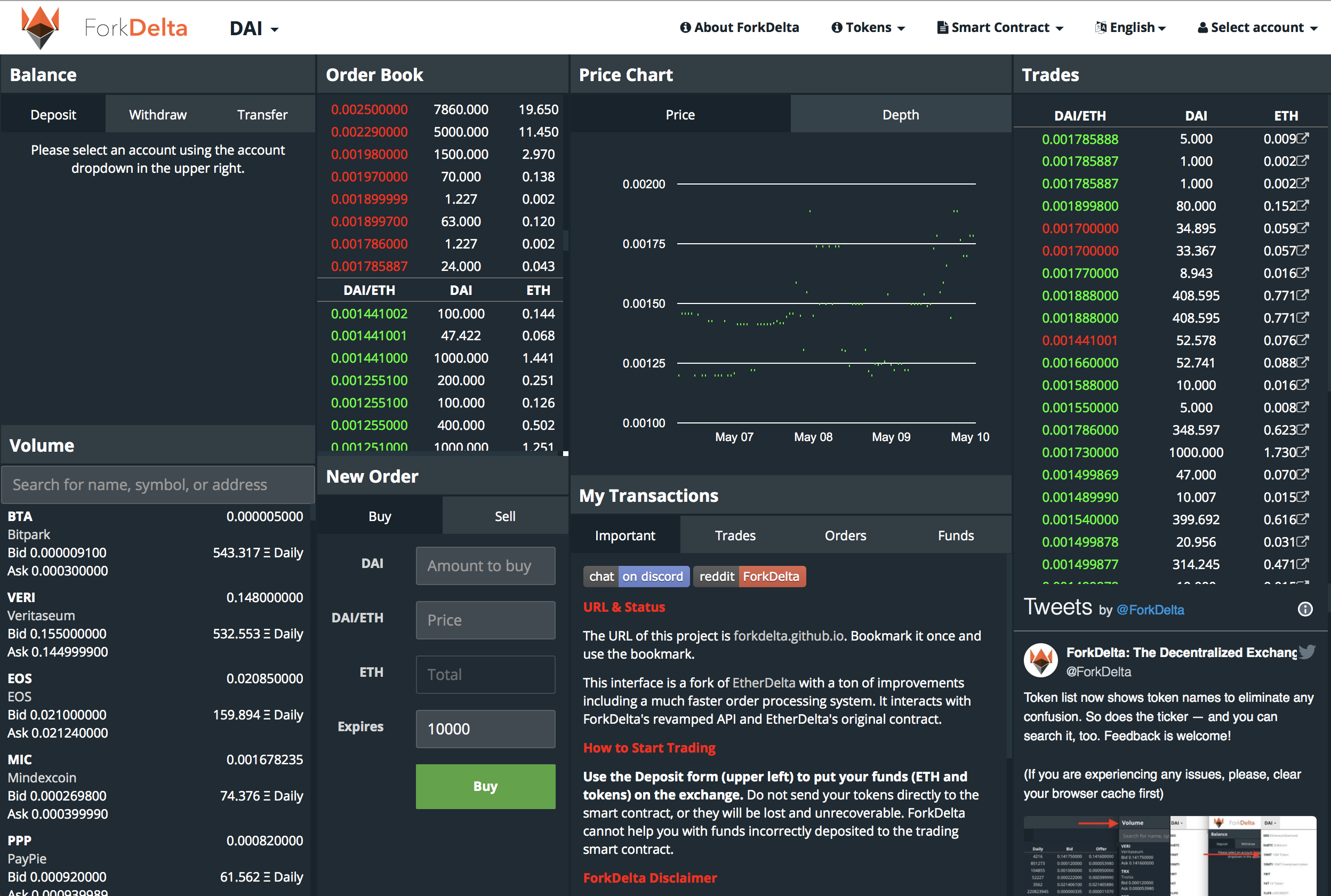 They’re more of a traditional exchange as you can see, but decentralized. It all looks pretty simple and intuitive, but there is a lot more that could be done to make it far better, including margins and so on.

None of them has margin if we’re not mistaken. That presumably would be a very complex endeavor, but complex as in requiring a lot of work rather than complex as in reaching some breakthrough.

That’s because presumably one could easily allow individuals to loan their eth, all pooled perhaps in some smart contract, then others so borrow from it, with automatic liquidation if they’ve made a losing bet.

Which means decentralized margins are probably on their way, soon-ish. For now, on fourth place is DDEX which handled $438,000 worth of crypto trading in the past 24 hours. 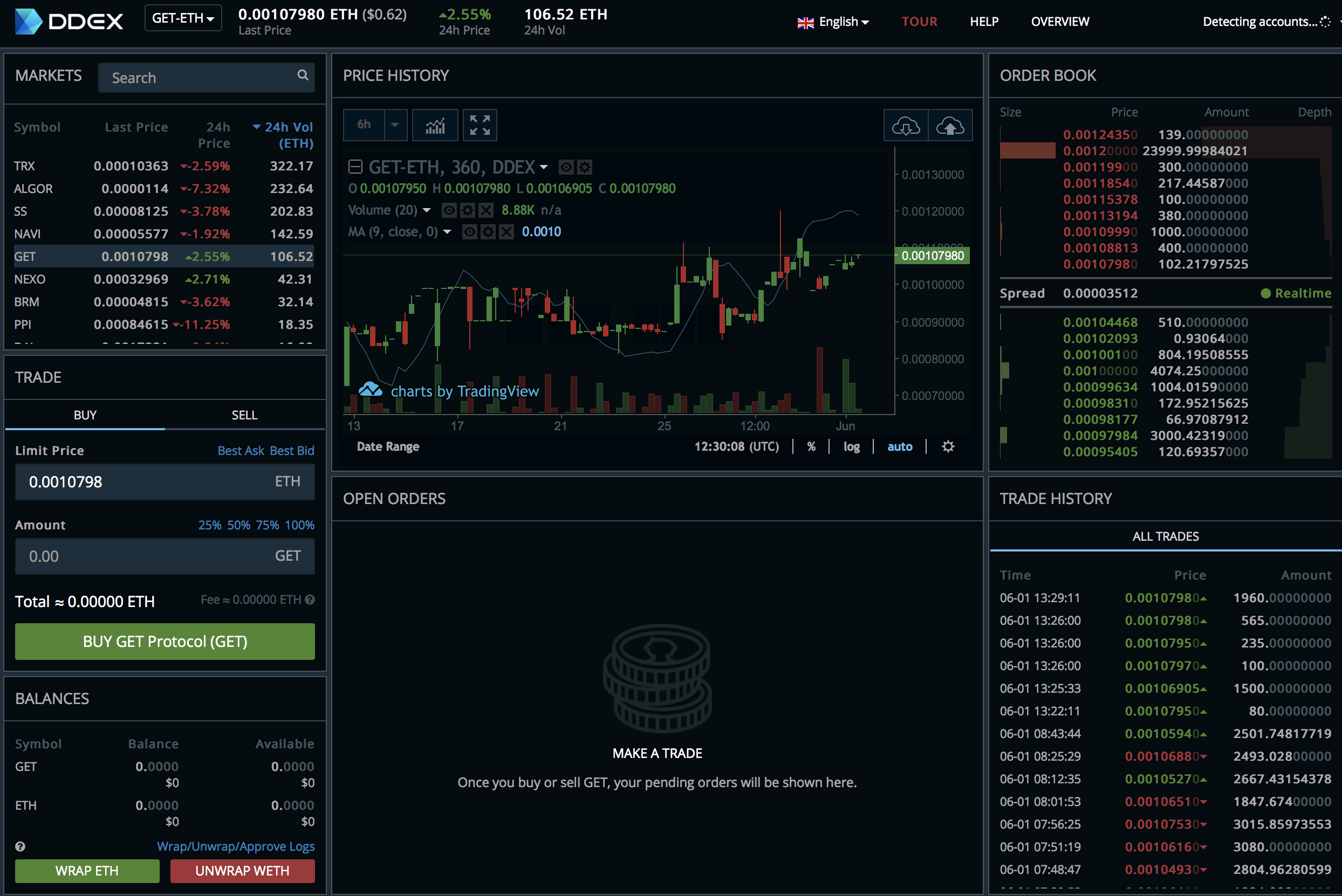 Their Graphic User Interface (GUI) looks decent. They claim to be fast, with it built on top of 0x. We haven’t tested it, but a quick browse shows they have even more tokens we have not heard of, with it all looking fairly intuitive.

These are all decentralized, which means you might need MetaMask. That could be a problem because MetaMask is a hot wallet. That means the question isn’t whether you will be hacked out of whatever funds you have on MetaMask, but when.

One therefore should keep very small amounts on MetaMask as they could well be stolen if someone somehow manages to gain access to your computer due to an open port or whatever.

You could set up your trading system so that you don’t necessarily use MetaMask. The broker-exchange in the fifth position, for example, Kyber Network, which handled $230,000 in the past 24 hours, allows you to connect from your Ledger hardware wallet.

As can be seen above, Kyber is more of a broker than an exchange. They tell us for example we can have 13 Digital Gold Tokens for 1 eth.

We highlighted that specifically because DGX is very new and we haven’t seen it much in the wild. They’re apparently now trading and have been doing so for about two weeks:

The price action there looks quite interesting, pretty much in a straight line, when you would expect it to rise or fall in line with the price of gold.

It currently lacks liquidity, however, with barely $35,000 traded with DGX in the past 24 hours, so we’ll have to wait and see how this tokenized gold token will perform.

There are a number of other far smaller decentralized exchanges with trading volumes below $100,000, so we won’t be covering them for this article.

But the combined volume of more than $22 million every day does show that decentralized exchanges are now finding some considerable use.

That may well pose a problem for the Securities and Exchanges Commission (SEC) as a token that they designate to be a security can not possibly comply with SEC regulations because of ownership requirements in securities laws which means that a securities issuer needs to know name, address, etc of who is holding the security.

Their easy transferability on decentralized exchanges means one can not possibly know. That may well translate to a complete incompatibility between securities laws and tokens.

There are current attempts to fit a square within a circle through the creation of a new tokens standard that aims to comply with securities laws, but the ancient securities laws themselves do need to be revisited.

Arguably, when congress passed the ownership registry requirements, its aim and intention was to ensure one can easily establish ownership, rather than restrict transferability.

Where tokens are concerned, ownership of the token proves ownership. Thus no further law is required on that regard.

That has benefits in regards to privacy, but also costs as thieves, or worse, can more easily get away with it. Where to strike that balance is a difficult question, but innovation may provide far more answers than outdated laws.

This consideration of how Decentralized Exchanges fit within the designation of a token as a security may be one reason, among others, that has led industry insiders to tell SEC either we keep innovation in the US or we move it off-shore.

SEC was meant to provide an answer in days not months, but as we all know turtles can move faster than bureaucracy. So it may well be months.

In the meantime, it remains to be seen how these decentralized exchanges will evolve, how the law will adapt, and how the tokenized “stock” market will look like in 5 or 10 years time.