On the morning of 20 January 2021, Joe Biden will take Donald Trump’s place as president of the United States of America.

Every eight years – or four in the case of one-termers – democracy in the USA faces a vulnerable moment and depends on the orderly transition of power from one president to the next.

For weeks now, Donald Trump has complained on Twitter about electoral fraud and attacked the validity of postal votes until the topic has gone beyond stale.

Crucially, though, he hasn’t actually done anything to back up his online rants except make some half-hearted attempts at lawsuits.

While we at Exness Education certainly don’t think the end result will be a national crisis as the Secret Service and FBI drag Mr Trump kicking and screaming out of the White House, a lot could happen over the next two months before the inauguration.

The extent of the current administration’s cooperation with Mr Biden’s transition team could be a key factor for many financial markets in the coming weeks. Three main scenarios can be identified:

As a general rule, financial markets prefer the president to be a Republican. Typically (but not always), Republicans prioritise economic growth that favours Wall Street over Main Street.

Social security, health, education, international relations, civil rights and various other issues are normally considered as secondary at best. This is reflected to some extent in what happened immediately after 2016’s election: 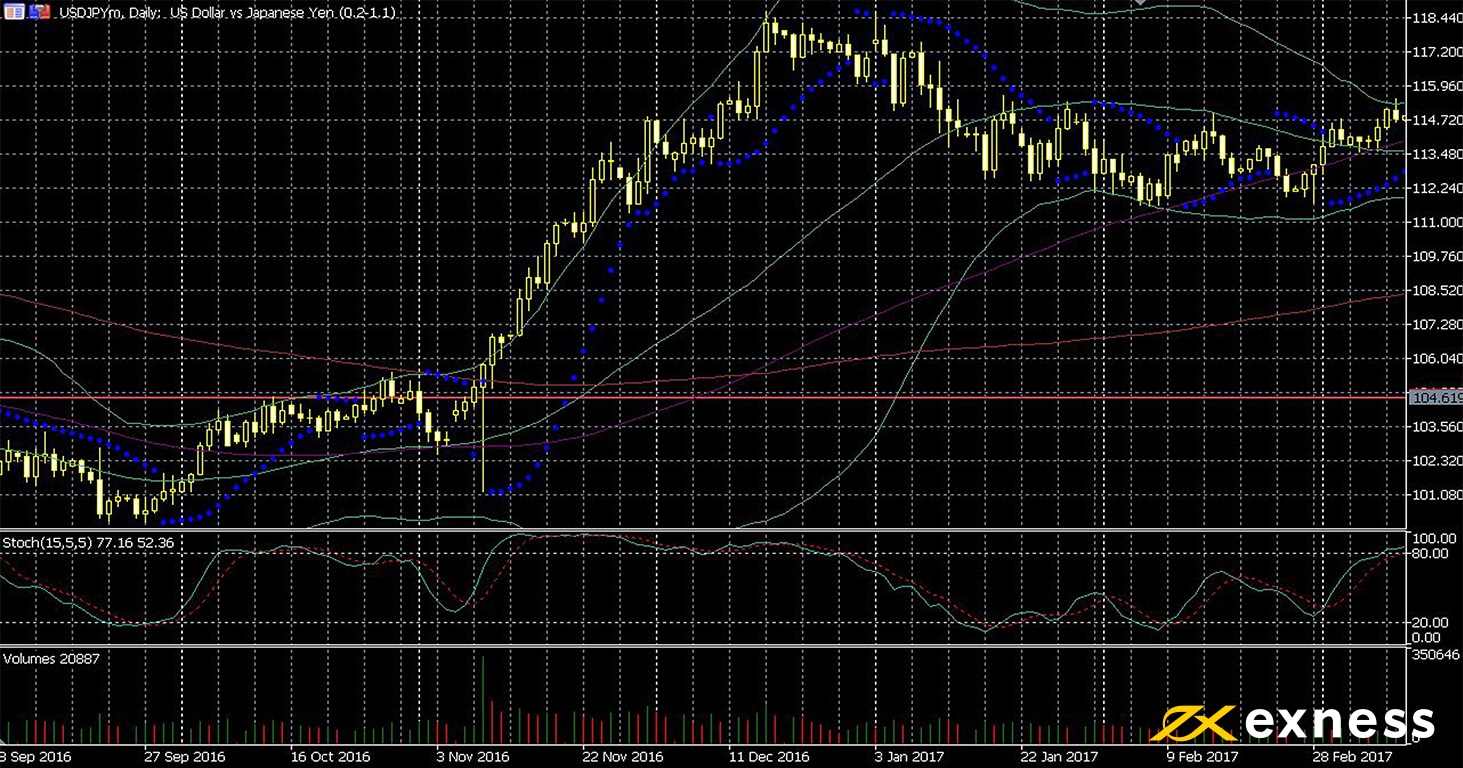 The dollar made very strong fundamental upward movements against the yen and most other currencies between early November 2016 and President Trump’s inauguration.

Participants in American markets expected boom time for equity markets: deregulation, tax cuts, pressure for easy monetary policy and all the other hallmarks of a Republican in charge.

In most respects other than his public persona, Donald Trump is a ‘turbo Republican’. He’s regularly tweeted about new highs made by American stock indices, job data and other economic indicators that wouldn’t usually receive specific comment from a sitting president.

On the other hand, he has also started and continued trade wars with China and various other countries. These disputes have at times been quite bitter and disruptive to business.

The ‘strategy’ shifted from just hoping it would go away in the first few weeks of the pandemic to trying to ignore it whenever possible and talking about anything else in the runup to the election.

Covid is the main factor behind the current uncertainty facing financial markets. Nobody really knows when a vaccine will be widely available, just as nobody knows how governments are going to tighten measures like lockdowns further over the next few months.

A Biden administration will almost certainly adopt more federal measures against Covid, but the key question is how quickly it might be able to implement them if the current government refuses as expected to cooperate fully.

The base case: disorderly transition

A number of participants in financial markets had hoped that the base case for the presidential election of a clear win by Joe Biden might be realised.

If Mr Biden had won a landslide, Mr Trump’s legal options would have been pretty pointless. Even if – and we stress if – postal votes have been affected by fraud, it would’ve been impossible to fake tens of millions of them.

As it happened, Mr Biden won with 306 votes in the electoral college, coincidentally the same as Mr Trump received in 2016.

The key difference between the two results is that 2020 saw the Democrats win the popular vote for president by about five million, nearly double Hillary Clinton’s lead in 2016.

So far, almost all of the lawsuits aiming to challenge the results of this year’s election have been dropped or dismissed.

However, the relatively narrow margin of victory for Mr Biden gives his opponent somewhat more scope to dig his heels in and question the legitimacy of results in some states than if it had been a landslide.

Markets generally seem to realise the relatively high likelihood of a disrupted and chaotic transition. Incoming appointees and departments, notably in the area of public health, are already facing challenges accessing information they need to hit the ground running from 20 January.

As of 16 November, more than a week after the result was beyond doubt, Mr Trump has still refused to concede. Lack of commitment in some financial markets is one of the results: 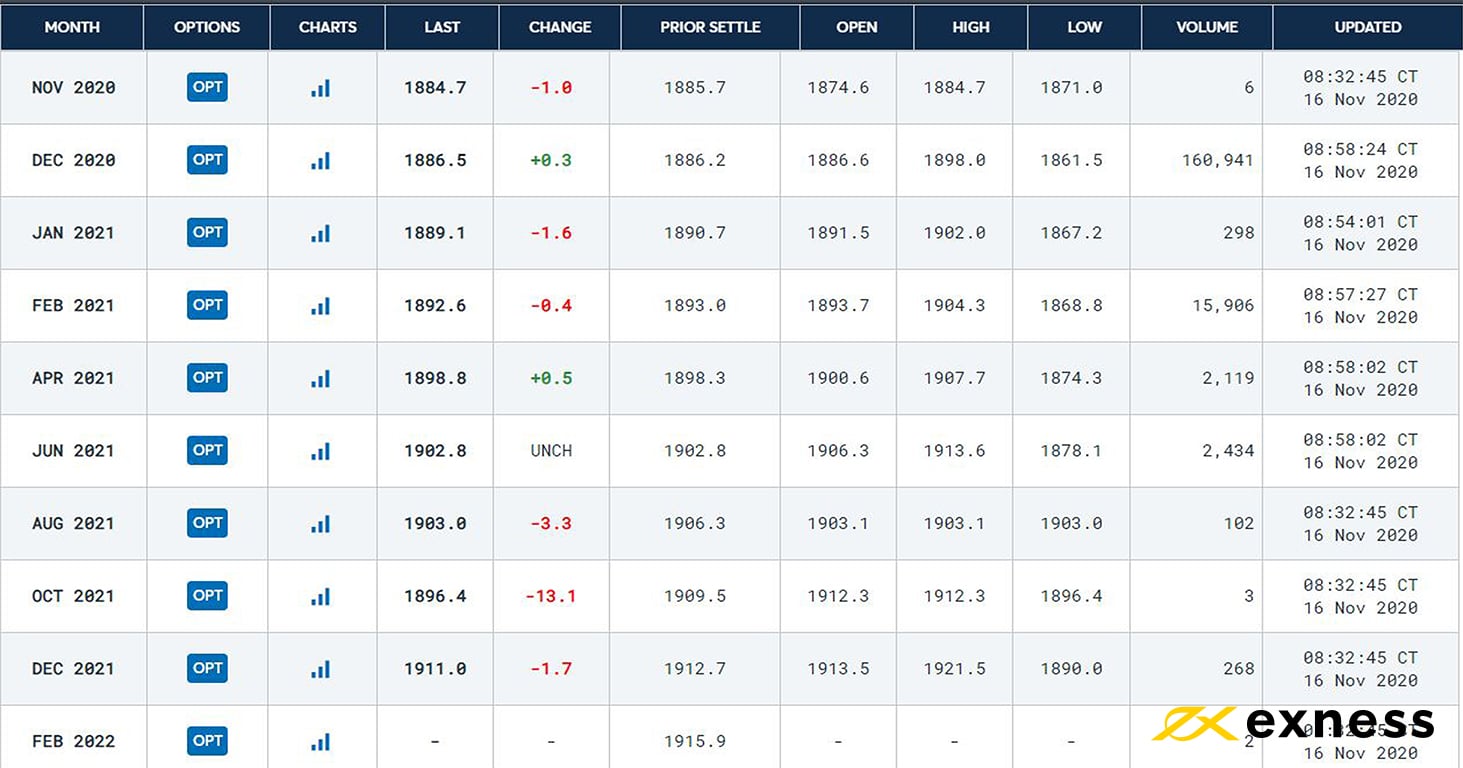 In the middle of a deadly global pandemic that has brought record low interest rates, unlimited quantitative easing, mass unemployment in many countries and one of the worst recessions on record, you’d surely expect the annual contango for futures on gold to be more than 1.3%.

You would at least expect much higher volumes of trading. The fact that many participants aren’t ready to commit themselves reflects uncertainties surrounding how effectively Covid-19 might be controlled in the USA in the first half of 2021 given the Trump administration’s unwillingness to hand over power like they’re meant to.

Legal challenges and recounts are very unlikely to make a substantial difference to the results of the presidential election.

However, the likely scenario of lack of cooperation by the outgoing government with Mr Biden’s incoming administration has markets somewhat nervous.

Former president Barack Obama discussed Donald Trump and the transition in an interview with the Atlantic released in mid-November, criticising the ‘petulant’ president.

However, Mr Obama’s interview was unusual for the president emeritus’ admission that George W Bush and his administration ‘could not have been more gracious and intentional about ensuring a smooth handoff’ in 2008.

If the current administration shared information on new cases and their patterns with the incoming Democrats, implemented social lockdowns, enforced mask-wearing from the federal level or at least put pressure on states’ legislatures to enforce it and discouraged ‘Million MAGA Marches’ and similar events, it’s fairly likely that the virus could be under control in the USA early next year.

If all this happened – and again we emphasise ‘if’ – markets would be likely to return fairly quickly to something resembling normal.

Competent handling of Covid while a vaccine is fully tested and brought to market would improve the outlook for recovery dramatically, boosting shares and oil.

However, the expected expansion of fiscal aid in that situation would probably be negative for the dollar, while gold’s performance would depend to a great extent on sentiment in markets overall.

The key question for gold in this fairly unlikely scenario would be whether traders might focus more on the return to stable government or very loose monetary policy.

Imagine Mr Trump exhausts all his legal options to no avail by around this time next month, which is very likely, but still refuses to concede or leave office, which is less likely.

In this situation, 20 January 2021 would see the Secret Service, which previously guarded the president, treat him as a trespasser and remove him from the White House, if necessary by physically dragging him out.

While this scene would of course be a final and particularly bitter agony for the USA’s reputation around the world, arguably a more important factor would be rampant Covid -19 in the interim.

The failure of any coherent transition in such a situation would mean that the Democrats couldn’t start serious planning for containing the virus until 20 January.

A full two months of Republicans ignoring basically everything except the results of the election would be catastrophic: Covid-19 is known to spread more during colder months.

Left unchecked at MAGA rallies and probably anti-government riots if Trump refused to leave office it could crush any chances of economic recovery in the USA in the first quarter of next year. Gold would have perhaps the most to gain: 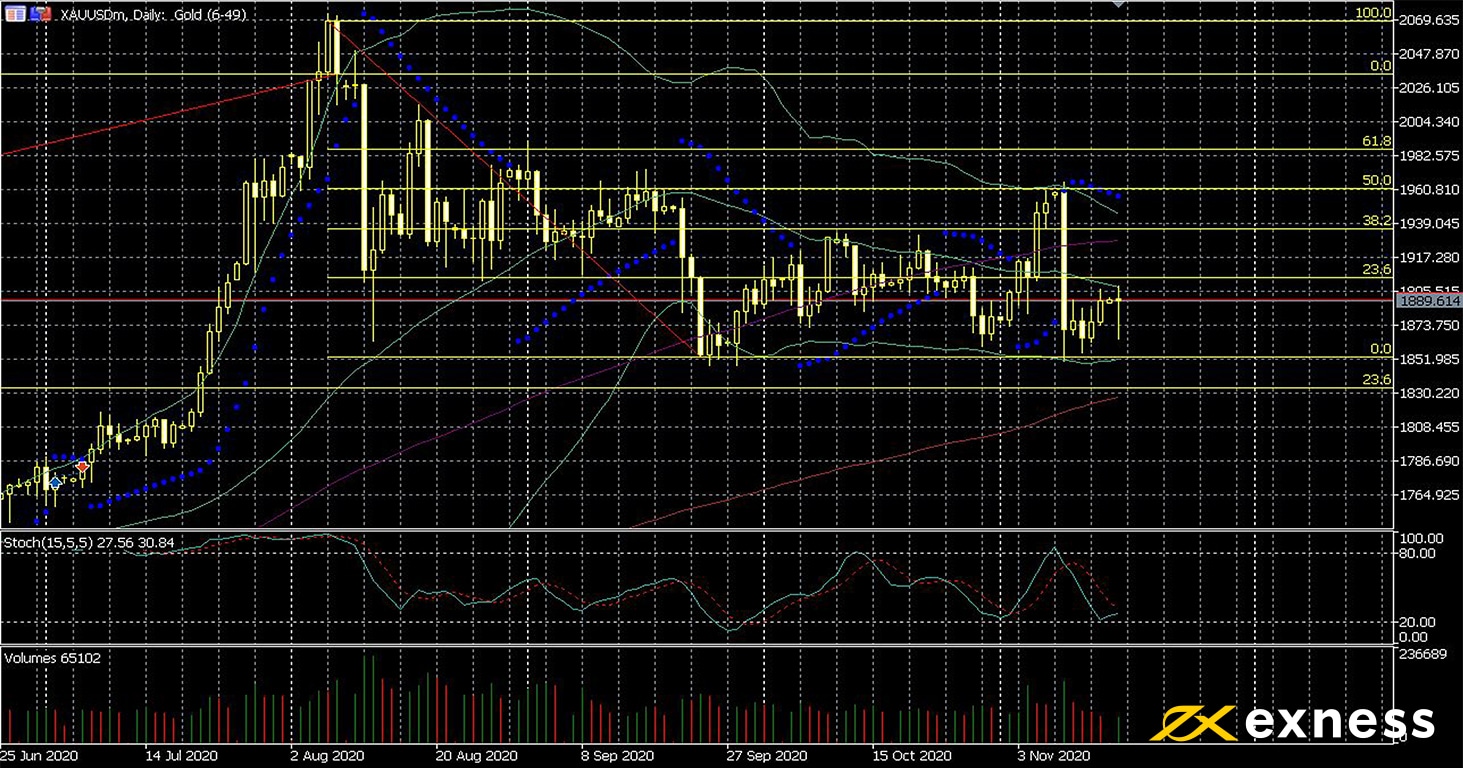 Gold broke above the crucial psychological resistance of $2,000 in early August and held there for a full five days, making three new all-time highs. A new round of maximum ‘risk off’ and rampant panic in markets if Covid-19 was completely out of control in two months’ time could see XAUUSD and other havens shoot up again.

No guarantee of a weak dollar

Like anything else in trading or financial markets, the current ‘base case’ of a somewhat but not enormously disorganised transition from Trump to Biden is not certain.

Despite December usually being one of the less active months in financial markets, this year is likely to be different.

The unsettled political climate in the USA and of course the spread of Covid-19 and its effects on sentiment in stock markets mean that opportunities for daytraders in both directions are likely to continue for many symbols pretty much up to Christmas. The new year will also probably mean new volatility and uncertainty.

Thank you for reading this article from Exness Education. If this and other topics interest you, please check http://education.exness.com/insights where you can find many more discussions of key political and economic events with their possible effects on markets.

What do you think? Do you reckon that Mr Trump is unlikely to go quietly in January? Let us know in the comments below this article!

Disclaimer: “The information on this page does not constitute, and should not be construed as investment advice or recommendation or solicitation to engage in any investment activity. Investors’ objectives, particular needs, and financial situation have not been taken into consideration. Any information regarding hypothetical or simulated performance is not a reliable indicator of future performance and should not be relied upon as a basis for investment decisions. No investment strategy is without risk. Trading is risky. Excess volatility increases risks further. Be cautious.”