Russia is looking at Bitcoin as a way to mitigate the effect of the latest U.S. sanctions, Fortnite accidentally accepts Monero for merchandise shop, New York State forms a cryptocurrency task force, Overstock becomes the first company to pay taxes in crypto, New Swiss president is pro-crypto, Japan makes moves towards a crypto ETF, and more interesting events await you in this article.

Before getting started, let’s have a look at how the price of BTC has evolved over the first week of the new year.

Between the last week of last year and this first week, Bitcoin’s price has been floating between $3900 and $3700. Then on the 6th-7th of January, we can observe a massive spike bringing the value of Bitcoin to above $4000 levels, and it has almost consistently remained above that price point. With a few exceptions when it briefly dropped below, Bitcoin’s new price level does not look to be going away any time soon. This movement may be closely related to real world news, as opposed to speculation, with the story of the new Swiss president being elected becoming public on the 6th of January. 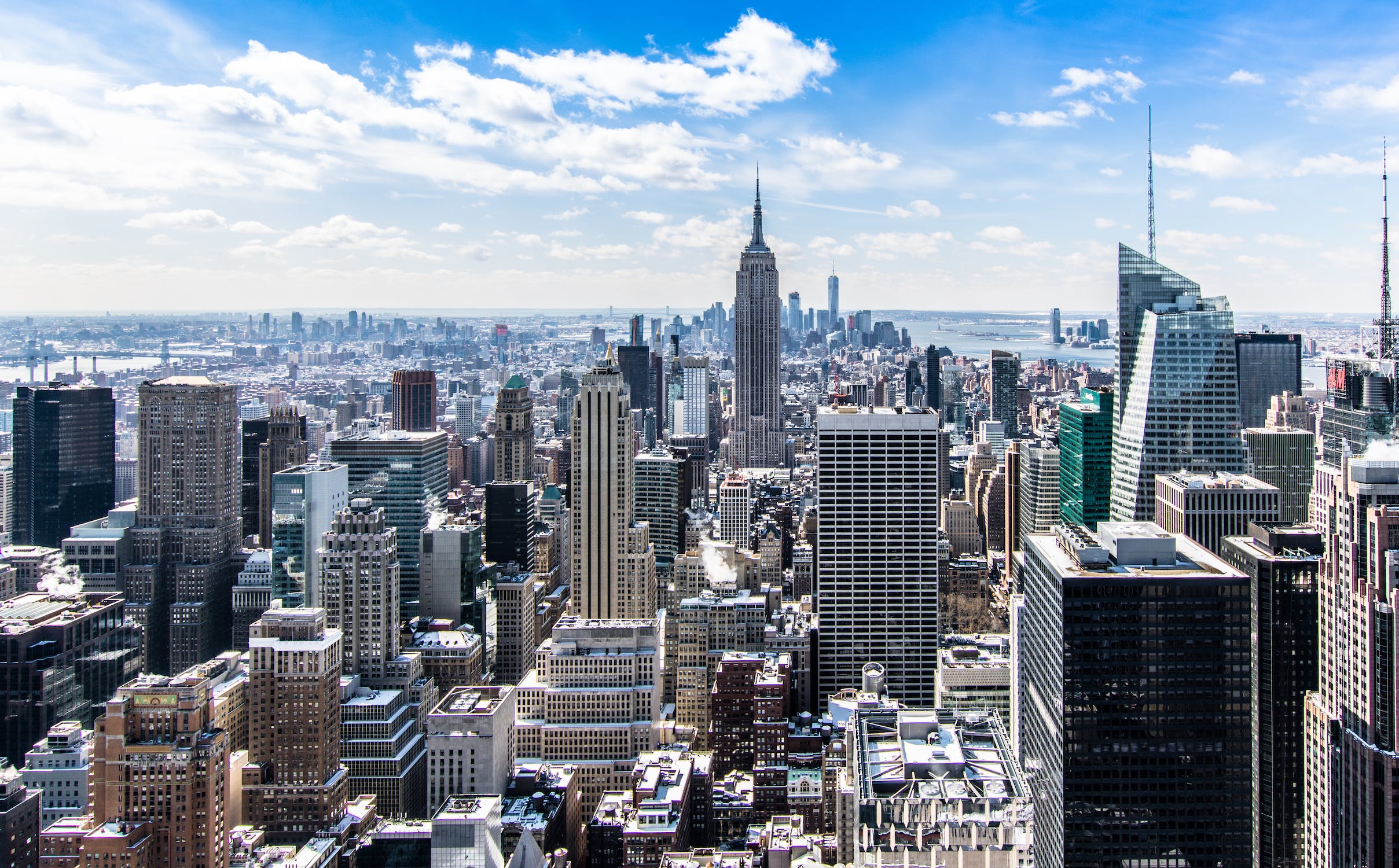 New York’s governor, Mr. Andrew Cuomo signed a bill in December last year that gave way to begin preparation to assemble a digital currency task force to provide information for the legislating parties. The task force has the goal of generating a compelling report about the potential effects caused by the widespread implementation of digital currencies in the state’s financial markets.

The report is expected to support decision making, by providing a variety of different information to become readily available to the legislators, with topics including mining, trading, tax collection, as well as general industry information that is deemed to be useful. New York is renown for the major complexities they have caused for crypto and blockchain with their BitLicense, which has been granted only 14 times in since it came into existence in mid-2014.

This update points towards the fact that New York is reinvigorated by the fact that both the Intercontinental Exchange and the New York Stock Exchange have taken steps to begin the creation of Bitcoin-based financial products. Specifically, the Bakkt Bitcoin Futures Contract with the support of ICE, as well as other initiatives supported by the NYSE. We’ve discussed this “financial products war” in the past, but it is important to note that these institutions are not competing publicly, although it is quite clear. 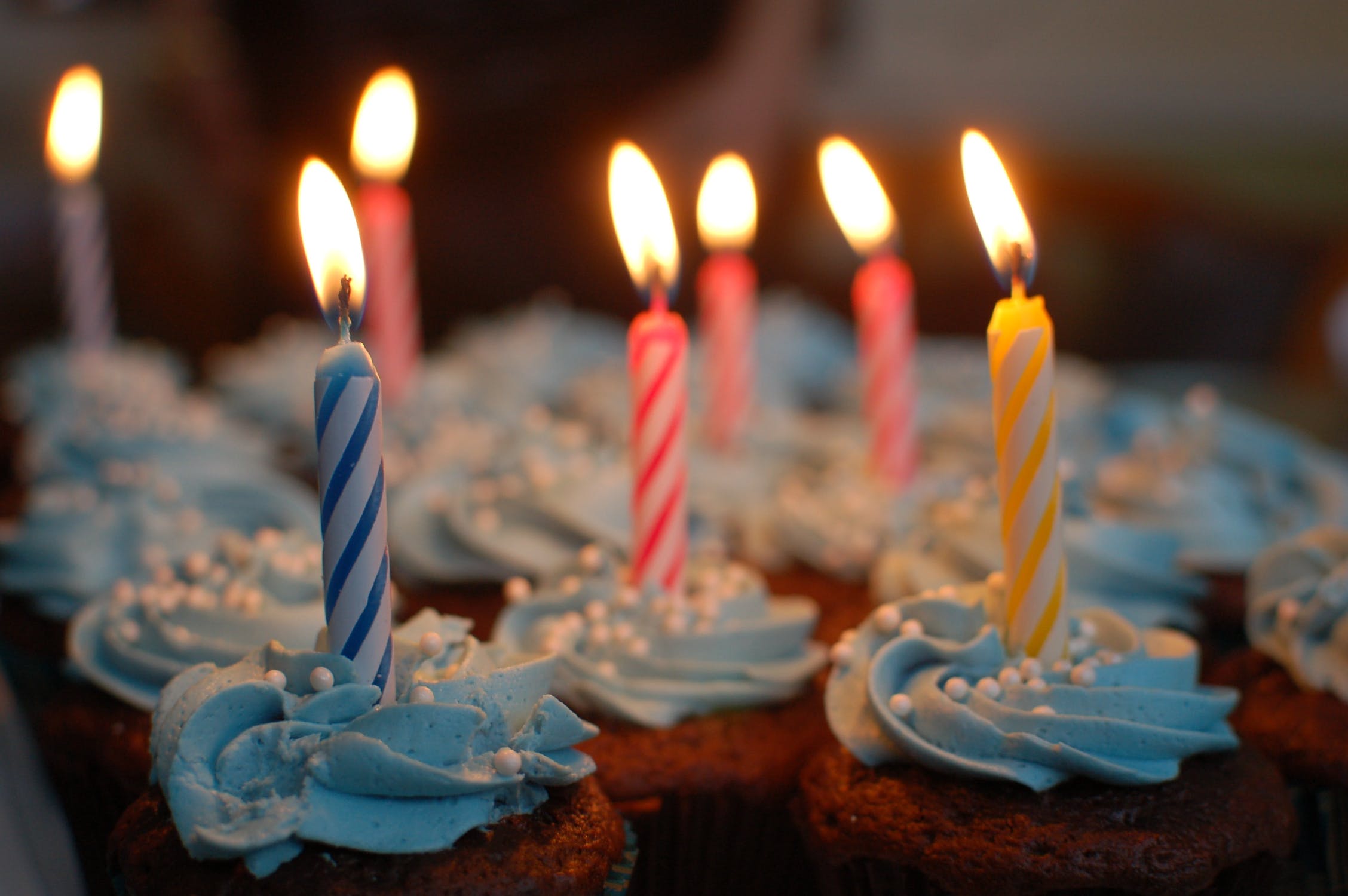 While we did celebrate the 10th year anniversary of Bitcoin’s whitepaper publication in October, this is the real and genuine birthday of Bitcoin. On this day the first ever block was mined. On the same date, ten years ago, the world didn’t know about Bitcoin, didn’t care about it, and the financial markets were too busy dealing with the biggest ponzi scheme in the history of humankind, Madoff Securities.

In fact, the most popular article at the time was published by the New York Times with the title “The End of the Financial World as We Know It“, an opinion piece written by Michael Lewis. The world changes, but nobody could predict that Bitcoin and more importantly blockchain will come up with as strong of influence as we can easily recognize today.

BitTorrent to launch own cryptocurrency on the TRON network

In June 2018 TRON acquired BitTorrent, a software company which provided users with the ability to share and download files via torrents. Torrents are in essence decentralized files which are shared on a peer-to-peer basis, with every user being connected to one another with the sole purpose of sharing files.

Now, TRON is going to leverage BitTorrent’s recognizable brand image and impressive userbase to create a token on top of the TRON blockchain. The token will be called BitTorrent Token (BTT) and it will be used to incentivize file hosts to remain on the network and keep sharing. Users will be able to spend the token to increase download speeds, and seeders will be able to earn from every peer downloading from them.

An utterly insane amount of BTT tokens are expected to be minted, specifically 990 billion BTT, and they are going to be available for non-US purchase via Binance’s LaunchPad. There’s been rumors for airdrops happening, but knowing TRON’s marketing habits, we are sure they will try to make it as spectacular as possible.

Torrents have been one of the foundation pieces of technology that is used in the Bitcoin blockchain to write down and share the blockchain ledger of transactions across the decentralized network of nodes. Nodes use different mechanisms to verify that everyone else is using the same version of the blockchain i.e. to reach consensus.

Fortnite’s adventures in crypto were accidental

In the last weekly update we discussed Fortnite accepting Monero as a means of payment for their official merchandise store. However, Tim Sweeney, the founder of Epic Games let the public know that the adventure is short-lived and enabling Monero payments was not an intentonal move. The team at Epic Games is publicly interested in cryptocurrencies, and they most likely have enabled GloBee in an effort to be prepared and ready for the future, leaving Monero active by mistake.

Another speculation is that Epic Games did not expect the publicity, as they did not make any announcement of the fact, and may have been intimidated by the possibility of legal action in the case that they do accept cryptocurrencies. Whatever the reality of the case is, the outcome is unfortunate for crypto. Fortnite has more than 200 million individual player accounts, which is an incredible amount of individuals. The acceptance by Fortnite would result in one of the best practical education models for crypto, and Monero specifically.

We hope to see them make a conscious return to the crypto scene, as they are sure to be able to provide incredible amounts of value (and extract value from the ecosystem) in the case that they decide to accept cryptopayments. 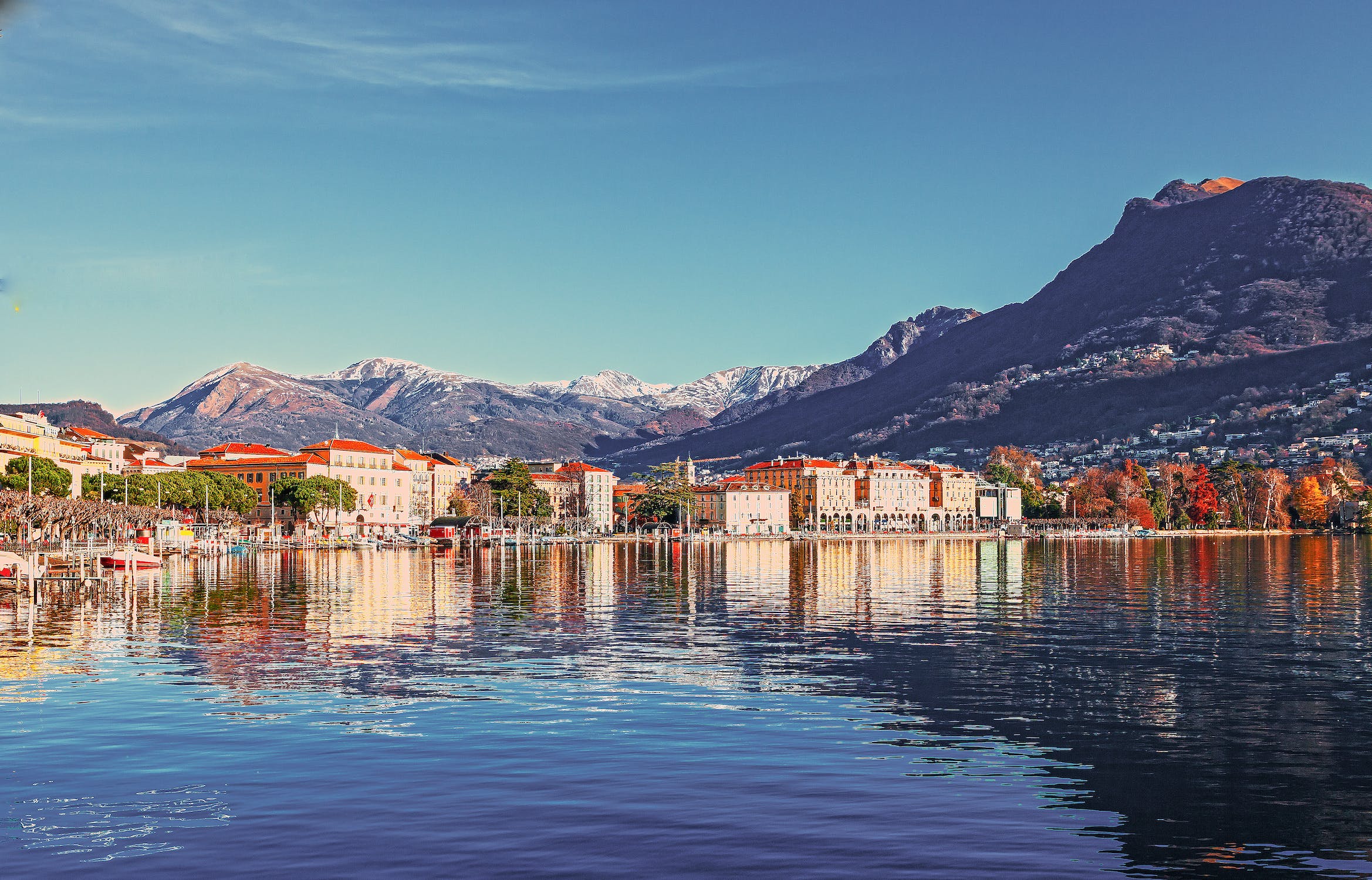 The statesman who is a part of the main decision-making body in Switzerland, the Swiss Federal Council, was elected for a one year term presidency with a staggeringly strong majority of 201 out of 209 votes. His contributions to crypto and blockchain have been apparent in the past as well, when in May 2018 he managed to create a working group to find a way for banks to start working with blockchain businesses, helping the country restore its crypto leadership status and keep businesses from moving to other countries.

Switzerland is a major player and they are moving towards updating their regulatory framework, which they hope to conclude by the end of 2020, according to Frank Wettstein, the Co-Head of communications for the State Secretariat for International Finance, with whom we spoke in December.

Japan may take action towards a crypto ETF, after dropping futures 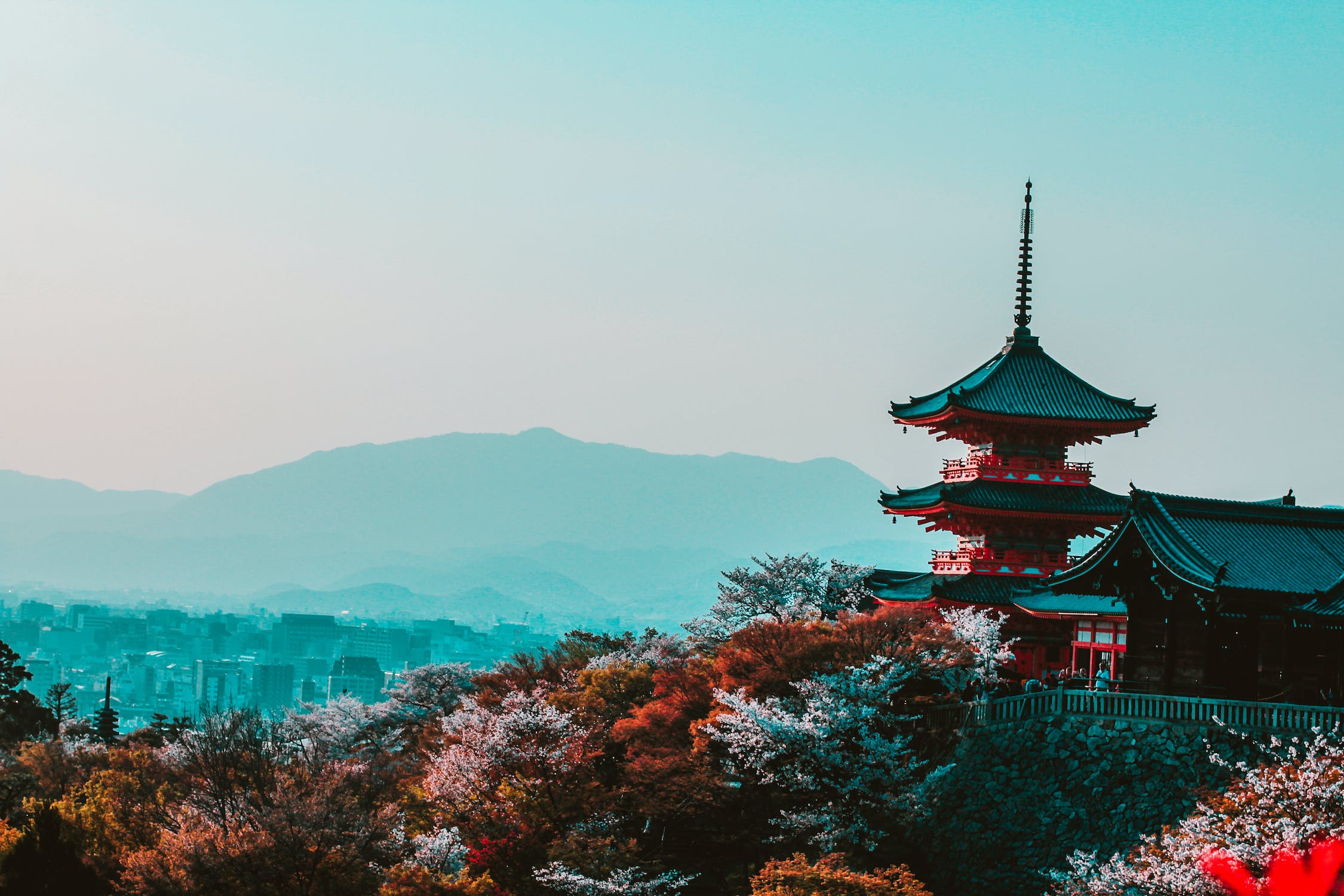 The ETF craze is far from over, with several delays regarding the issue coming from the U.S.-based SEC, while overseas Japan is making new waves in crypto. According to Bloomberg and their unfortunately anonymous source, Japan’s Financial Services Agency (FSA) is tracking the interest in crypto-related financial products that track the performance of the assets.

The regulators in Japan have adopted many new strategies to improve the security and safety of digital assets and businesses and individuals operating with them. A string of hacks has literally forced the FSA to step in and demand self-regulation and licensing from businesses.

For now this remains a rumor, but if the FSA goes ahead to approve the creation of an ETF product with Bitcoin or other cryptos, it may influence the U.S. SEC to reconsider their position of continually delaying their decision. The latest date that is expected to provide a final decision on the VanEck ETF in the USA is February 27th, at which point the SEC will either approve or disapprove the creation.

ETFs stand for exchange traded funds, which are financial products available for retail, individual investors on the stock market. They track the performance, and can be physically settled or cash settled. Cash settled ETFs already exist, but they are merely a mirror play on the physically settled version. When crypto changes hands, there is value that is attributed directly to the prospect of owning the crypto in question.

Russia to cut down on US dollar dependence, Bitcoin is a potential option 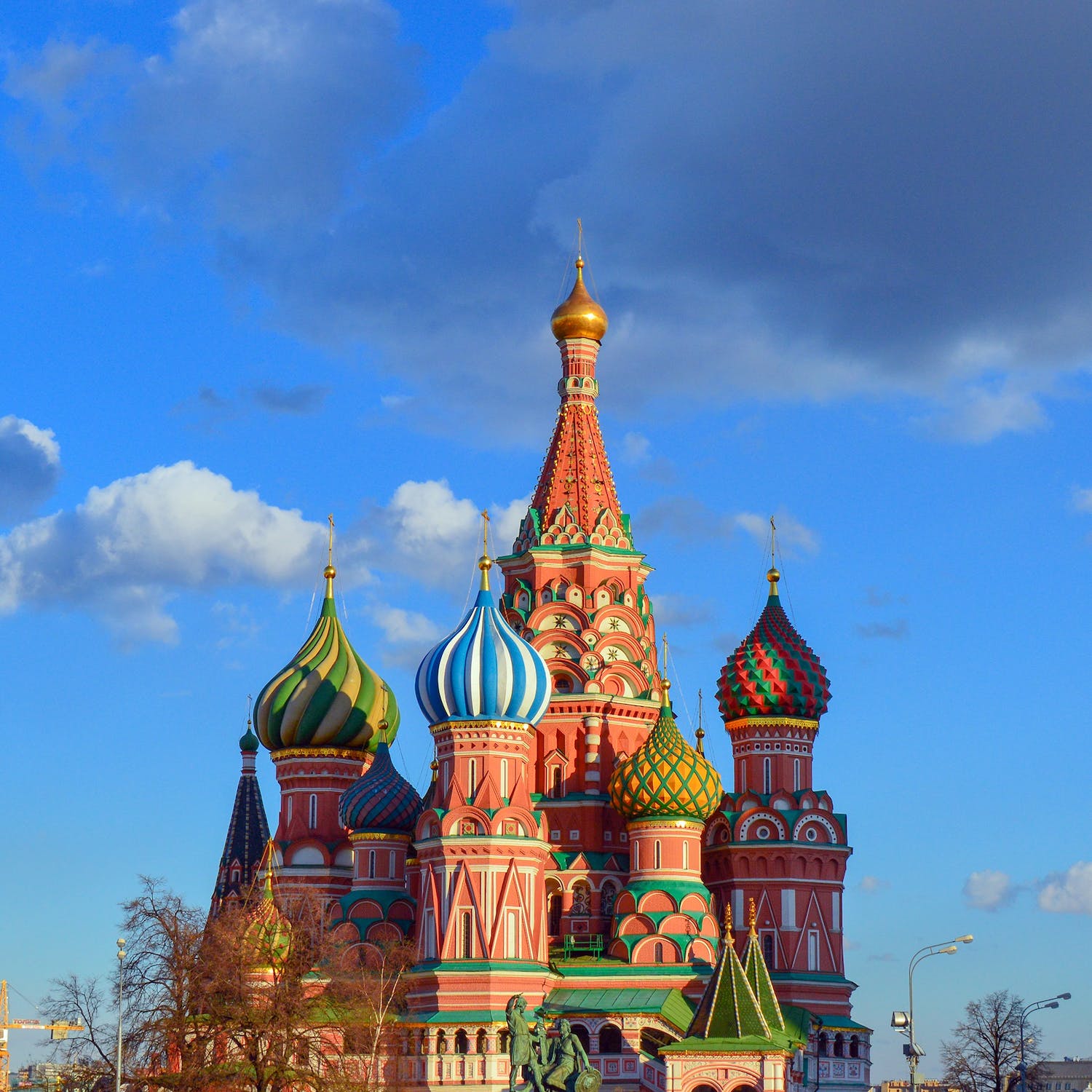 In a recent investment forum, Mr. Vladimir Putin explained to the crowd that the various sanctions put forward by the U.S. have made them unable to continue using the dollar. He explains that the country has no choice but to move away from the dollar and build on top of established relationship with countries using the Russian Ruble.

However, a Russian university professor Mr. Vladislav Ginko spoke with Micky, where he said that he firmly believes that Bitcoin is the only solution, explaining that U.S. sanctions are forcing the elite in Russia to dump all of their U.S. Dollars and assets they own in the country and invest in different assets, such as Bitcoin.

He adds that the Russian National Bank has USD $466 billion in reserve and is feeling forced to diversify before it is too late. In expectation of new U.S. sanctions this February, he believes that Russia may start to sell off their U.S. Dollars starting next month.

That’s it for this week. As always, share your opinions about the most interesting ones or link those stories we might have missed in our collections, which you found interesting and noteworthy over the week. You can also send us suggestions of stories to include in the next list if you find something interesting over the next days.